The role: Front end developers are responsible for building the portions of websites and web-based applications that are visible to users, using coding languages like HTML, JavaScript and CSS. They typically work alongside designers – who create the visual representation that front end developers translate into code – and back end developers, who give those designs added functionality by connecting them to digital assets that aren’t visible to users, like databases.

Front end developers typically start their day with a stand-up meeting, where each member of the team reports what they’re working on. “After that, it’s time to dig into some code,” says Chi-Chi Egbo, the director of outcomes for Toronto-based coding boot camp Juno College.

According to Ms. Egbo front end developers typically spend about half of their time coding applications and websites. “In between developing new projects they tackle immediate requests and fix bugs, which can account for 25 per cent of their time,” she says. “They spend the remaining 25 per cent collaborating with other developers, as well as meeting with product managers, clients and anyone else that’s involved in their work.”

Front-end developers have the opportunity to work as independent contractors, within an agency, or on a full-time basis for a single employer. Those employers can range from technology startups to mid-sized companies in a range of industries, as well as large organizations, such as banks and telecommunications providers.

The technology industry is also widely known for providing employees with non-salary compensation and perks, including stock options, bonuses, work from home allowances and more.

Ms. Payne adds that entry-level salaries are typically higher for those with a computer science degree, but salaries for mid-career professionals are based more on merit than education, as well as the employer type and size. “That’s an exciting thing about this industry; if you’re delivering results and if you’re doing great work, it actually doesn’t matter if you went to university at all, these salaries are still available,” she says.

Education: Aspiring front end developers have a variety of educational pathways to choose from, including a four-year computer science degree, a two-year college diploma, or a nine-week intensive “boot camp” certificate program like Juno College. Some are also self-taught.

As a quickly evolving industry, however, practitioners should also be prepared to continue their education after they’ve entered the industry. “There is definitely some pressure to continue growing and learning, and it can be done on the job, so it’s not necessarily something you need to spend time outside of work doing, but it can depend on where you end up working,” says Ms. Payne.

Job prospects: Job opportunities for front end developers in Canada are plentiful, and only expected to grow in the coming years.

“The reason it’s so strong is because technology is everywhere these days – even non-tech firms are being forced to invest in technology – and we’ve seen an acceleration of that because of the pandemic,” says Ms. Payne. “Everyone needs to have a digital presence … so the demand for people that can assist with that change is really high.”

Challenges: One of the biggest challenges front end developers face is the long hours spent in front of a computer screen, which can cause fatigue. “Another downside is there’s always more to learn, you’ll never feel like you’ve learned it all, and that can be overwhelming for some people,” adds Ms. Payne.

The technology industry also struggles with diversity and inclusion. According to a 2020 study by the Brookfield Institute 80 per cent of Canada’s tech workers are male, and only 30 per cent are people of colour. There also remains a significant pay gap across racial and gender lines.

Why they do it: Front end developers enjoy the opportunity to solve complex problems using a combination of technology and creativity.

“Someone gives you a picture, and you have to use the coding language to recreate the picture with functionality, so it’s really mentally stimulating and really creative,” says Ms. Payne.

Misconceptions: There is a general perception that front end developers work in isolation, and that the job involves a lot of mathematics, neither of which is true.

“You’re always working in a team when you’re a front end developer, it’s actually a highly collaborative job,” says Ms. Payne. “There is so little math in front end development, it’s much more about creative problem solving than anything, so even if you hated math in high school that’s not a reason to rule out this profession.”

If you want a job in sustainability, have you considered becoming an energy auditor?
Subscriber content
June 23, 2021 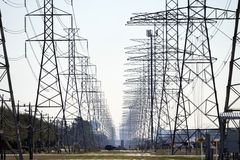 I want to be a construction estimator ... what will my salary be?
Subscriber content
May 7, 2021 I want to be a home inspector. What will my salary be?
Subscriber content
April 14, 2021 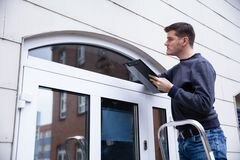