The role: To tell stories or share information through visual media, such as typography, photography and illustration. The role typically requires practitioners to conduct original research and interviews to develop source material, and benefits from a strong working knowledge of a range of visual storytelling formats.

“The goal is generally to inform, motivate, inspire, capture attention or make an impression on a target audience,” said Mark Rutledge, the national president of Graphic Designers of Canada, a professional association for the country’s graphic and communication designers. “As an example, many graphic designers are engaged in translating Big Data into visuals that can then be used to identify trends that would otherwise be missed.”

Salary: According to the most recent Creative Earners Survey conducted by the Association of Registered Graphic Designers (RGD), supported by industry partners Creative Niche and Graphic Designers of Canada, the national average salary of graphic designers and related professionals in 2016 was approximately $60,000 a year.

The study found that the average annual income of those with three or fewer years of experience is approximately $53,500, while those with more than 20 years of experience earn an average of nearly $70,000 a year. The lowest reported salary was less than $30,000 annually, while the highest was nearly $125,000 a year. “Experience, education, geographic location and employer size all influence salary,” Mr. Rutledge said.

Education: While there are no mandatory educational or licensing requirements, there are three widely recognized certifications in the industry in Canada; one offered by the Graphic Designers of Canada, one from the Association of Registered Graphic Designers and one provided by the Société des designers graphiques du Québec.

“Most entering the field today will have graduated from a specialized three- or four-year degree program, which provides students with the skills necessary to deploy visual elements with predictable results,” Mr. Rutledge said.

While formal education makes for a strong foundation, Mr. Rutledge stresses that most graphic designers are employed based on the contents of their portfolio. “Potential employers will be interested in seeing a candidate’s portfolio containing similar work they have provided for other clients,” he said.

Job prospects: The rise of do-it-yourself marketing via social-media channels has increased the demand for graphic designers by small and independent businesses. At the same time, the trend of Big Data utilization has created an appetite for visualization and more ambitious graphic-design projects among larger institutions. As a result of these trends, job prospects in the industry remain strong.

“There is an increasing recognition among the public and corporate world of the value and importance of design,” Mr. Rutledge said. “While there are design positions throughout Canada, most are concentrated in Toronto, Montreal and Vancouver.”

Challenges: As a job that typically relies on past experience to demonstrate ability, building a portfolio and launching a career can prove challenging to new entrants.

“Finding a position upon graduation prior to gaining experience can prove difficult,” Mr. Rutledge said. “Many new designers struggle with unrealistic salary expectations.”

Why they do it: Despite the challenge of getting a foot in the door, those who have established careers in the industry enjoy the ability to work independently on a range of creative projects. Mr. Rutledge describes the work as “consistently interesting,” adding that graphic designers often enjoy experimenting with new tools, technologies and design methods.

Misconceptions: Graphic-design contests have become a popular way for organizations to solicit work from a community of designers in recent years, especially over online marketplaces. This new approach to hiring design talent, however, isn’t as widely embraced in the industry as many are led to believe, Mr. Rutledge said.

I want to be a regulated immigration consultant ... what will my salary be? Subscriber content
January 29, 2019 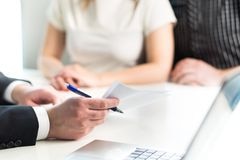 I want to be a CNC operator … what will my salary be? Subscriber content
January 15, 2019 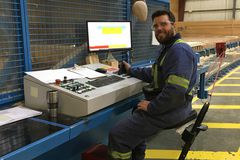 I want to be a cannabis quality-assurance person ... what will my salary be? Subscriber content
January 3, 2019 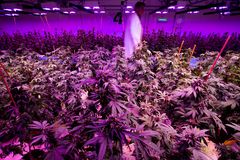