The role: Sports reporters help fans stay up to date and informed with breaking news, commentary and analysis. They spend much of their time attending games, speaking with players, coaches and support staff, and producing content relevant to their area of coverage.

“You’re the mouthpiece of the sport, delivering content to the fans, whether that’s through writing, radio, TV or social media,” explained Josh Lewenberg, a TSN Toronto Raptors NBA reporter, speaking from a hotel in Oakland during the NBA Finals.

Mr. Lewenberg explains that sports reporters once reached audiences through a single platform, but now are often expected to appear on live television, produce both print and audio content and maintain a strong social media presence. “You've got to be a jack of all trades; it's not enough to be a master of one,” he said.

Mr. Lewenberg adds that no two days on the job are alike, and that a sports reporter’s schedule is at the mercy of the team or sport they’re covering. “On game days I’m there in the morning for shoot-arounds and back in the evening for games. On practice days, those are lighter days but you’re still covering something, so your schedule mimics them,” he said.

While the team’s schedule does provide some level of predictability Mr. Lewenberg adds that not everything he reports on is announced in advance.

“You don't know when a trade is going to be made or a player is going to get hurt or another story is going to surface and you’ve got to drop everything,” he said. "It’s hard to develop any kind of routine or regular schedule.”

I want to be a copy editor ... what will my salary be?

I want to be a marriage therapist ... what will my salary be?

I want to be a cardiology technologist ... what will my salary be?

Salary: When it comes to compensation, Mr. Lewenberg explains that the industry is very top-heavy, with well-known personalities earning six figure salaries and the remainder earning significantly less.

“In terms of starting salaries, we're talking really low, probably not even enough to live on,” he said. “Unless you have the leverage and the demand in the industry to warrant making a really big salary, you’re probably not entirely happy with where you're at.”

Mr. Lewenberg says top earners typically have an established personal brand, a loyal fan base, are located in a major city and work for a large media company.

Education: There are no formal educational requirements for sports reporters, and according to Mr. Lewenberg employers are generally open to candidates from a range of educational backgrounds. Formal training in media production, journalism or communications, however, can be a strong asset.

“There really isn't a blueprint; you could speak to 10 people that you would consider around the same level and all 10 will have different paths that they took to get there,” he said.

Mr. Lewenberg explains that employers typically hire based on the candidate’s experience with various media platforms; experience that can be gained in traditional educational settings, through on-the-job training or elsewhere.

Job prospects: As the media industry continues to shrink and consolidate, opportunities for sports reporters remain limited and highly competitive.

“I don’t think that it’s for everybody, but for the people who are really passionate about it, it’s something worth doing,” Mr. Lewenberg said. “If you’re committed to it, if you want it bad enough, you’re willing to put in the work and you have the skill set to do it, then go for it.”

Challenges: Sports reporters are at the mercy of an unpredictable schedule that can make it difficult to achieve a work/life balance. “Even in the off-season when you have time off, you don't know when they'll make a big signing and you need to go back to work for a few weeks, or during the season when you think you have an evening off and something happens,” Mr. Lewenberg said.

Why they do it: Despite the long and unpredictable hours, the lack of job opportunities and the top-heavy compensation structure, being a sports reporter is still considered a dream job for many fans, and for good reason. “It’s worth it because at the end of the day you’re able to do something you love, that you’re passionate about,” Mr. Lewenberg said. “It’s a dream come true for the people who do it.”

Misconceptions: While sports reporters do attend games, many believe the job comes with a lot more perks than it actually does, Mr. Lewenberg explains.

“The obvious perk of being a journalist is going to the games, but we don’t get as many perks in terms of tickets and jerseys or whatever that people seem to think,” he said. “You’re not flying on the private jets and staying in the five-star hotels with the players.” 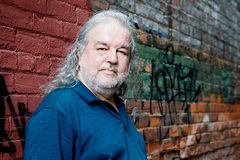 I want to be a marriage therapist ... what will my salary be? Subscriber content
May 8, 2019 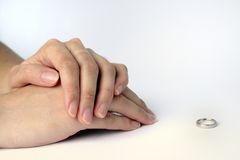 I want to be a cardiology technologist ... what will my salary be? Subscriber content
April 25, 2019 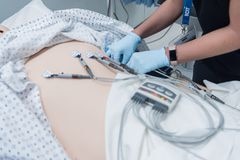