For nearly a quarter century, Earl Brown has been studying why and how we get sick.

It’s never been a glamorous profession – his main activity at his first job was getting his hands dirty (and then very clean) isolating viruses from pig feces to study viral genetics and try to understand how viruses cause disease, which he can’t help but joke about now. But after more than two decades, he says it’s been a rewarding one.

Dr. Brown, who announced his retirement in 2013 after spending more than two decades at the University of Ottawa as a card-carrying virologist and instructor, still works one day a week at the school as an emeritus professor.

How did you first get into science?

I was the son of a biologist, I got a lot of mentoring from my dad, who could talk to me about nature and I was always interested in nature. I grew up in the country. I always thought I was going to be a scientist but I wasn’t sure quite what it was going to be in the early years – I thought I was going to be a forest ranger, but that was a younger idea. As time went on I had a lot of summer jobs in science. From when I was 15 on, I worked at different labs. That gave me different experience. Then I got to university and I was interested in biochemistry. At the end of the first year, when I started to specialize, I found out there was no jobs – biochemists were a dime a dozen, they were flooding the market.

When did you get into virology?

I was having a sauna after exams and I was chatting with this stranger who was graduating from microbiology. I didn’t know up from down in microbiology. I thought you just looked through a microscope, but he educated me on the fact that microbes were everywhere – there is a whole bunch of sciences with microbes in soil, food, fermentation, disease and all of that stuff, and then he mentioned to me that everyone in his class had a job, even before graduation. I thought, “Well, gee, that sounds interesting,” and it made me switch specialties.

What kind of education do you have?

I did my undergrad at the University of Guelph and I worked as a veterinary technician for a year. I did a masters at McMaster, which turned into a PhD and got a virology PhD and then I went to Harvard to do a postdoctorate and specialized a bit more. I worked at Health Canada at their Laboratory Centre for Disease Control for five years, and then the University of Ottawa. When the lab here moved to Winnipeg, I made a family decision to stay [in Ottawa] and I was there for 25 years teaching virology. I still stay interested in virology and follow things like the [coronavirus] pandemic – my specialty was virus evolution and how they cause disease with influenza and pneumonia and that sort of thing. When these sorts of things come along it’s pretty interesting.

Do you have to get a postdoctorate to be a virologist?

If you’re going to do research, you need to do a postdoc. If you’re going to be a card-carrying virologist who is going to get research grants from universities, you’ll have to do a postdoc. If you want to work in trades and do technical stuff, you can get science training and get in at lower levels if you want to be a technician or lab manager. But if you want to be a card-carrying virologist, you have to do high-school sciences, undergrad in microbiology or virology, and you’ll be focusing on chemistry, biochemistry, and then get a PhD in virology, and then one or two postdocs in virology. Money is tough. Positions are tough. It used to be one postdoc, now it’s two or three postdocs. You have to watch you don’t become an old man or woman in the process.

What about how rewarding it was, despite the long time to break in?

There are lots of opportunities, but part of the problem is that we’ve been so successful with the vaccines and the drugs and the living standards – we’ve knocked the death rate from microbes, which used to be 1 per cent of the population, down to a scant 1/20th of a per cent or so. We’ve been really successful at pushing back infectious disease. But the scenario is changing a little bit. All that to say: Things are moving and changing and virology is right in the middle of a lot of biology.

Where does the funding come from?

Pretty much all of it is government funding. Your big two funders in Canada are [the] Natural Sciences and Engineering Research Council and [the] Canadian Institutes of Health Research. Then you’ve got the private ones, the vaccine companies, and you can get contracts. Contracts are a little bit iffy in a research lab because you make a contractual promise [to develop a vaccine that works]. If you have problems, you’re digging into your own pocket to make it work. Scientists are always running a business, although they’re never really trained in it, which is kind of a funny thing. 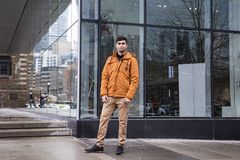 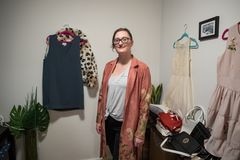 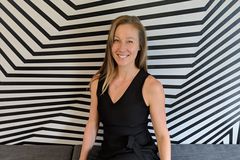