I was recently let go after five years at an IT company. I had to sign a severance letter that states I’m not allowed to find work for a year with companies that my former company contracts with. I’m curious to know how legal it is to restrict a person’s employment opportunities if that person is let go? I work in Halifax and the company is headquartered in Toronto.

It’s fairly common for employers to introduce clauses that prohibit employees from competing with their employer (“non-competes”) or soliciting their clients (“non-solicits”) after they leave the company. These types of clauses are known as restrictive covenants, which are usually found in employment contracts, but sometimes make their way into termination/severance letters. Whether you must abide by the severance letter depends on various factors, including whether you received anything of value from the severance letter (for it to be enforceable, there needs to be a quid pro quo).

Having said that, given the fact that restrictive covenants by their very nature restrict trade, courts will heavily scrutinize them, particularly where an employee’s livelihood is also being restricted. Generally speaking, a restrictive covenant will be upheld when it is meant to protect an employer’s proprietary interests, such as the employer’s clients or trade secrets. It cannot be used to preserve an employer’s competitive advantage. Therefore, a court will typically not enforce a non-compete clause when a non-solicit clause would have adequately protected the employer’s interests.

With respect to the restrictive covenant in your severance letter, it will all come down to how it was worded. Is it worded to protect your former employer’s legitimate proprietary interest (its clients), or did they overreach and prevent you from competing? In order to truly understand your postemployment obligations, we recommend seeking legal advice on the enforceability of the severance letter itself and the restrictive covenant within.

There is a large body of case law on the enforceability (or unenforceability) of non-competition clauses in employment contracts. They are, as a matter of general principle, void and unenforceable as an unfair restraint on trade. Even high-ranking or fiduciary employees are generally allowed to compete against their former employers.

It will be on the party seeking to enforce the restrictive covenant to prove that it is reasonable and not against public policy (as in, not an invalid restriction on an individual’s freedom to work and earn a living). Reasonableness depends on: 1) the scope of activities being restricted; 2) the duration of the restrictions); and 3) the geographic score of the restrictions. Therefore, non-competes that purport to last for a year and cover the entire country are more likely to be held invalid than those lasting for three months that are limited to a particular city.

As distinct from pure non-competes, clauses that restrict solely the former employee’s ability to actively solicit work from the employer’s clients or customers and/or solicit other employees away are more likely to be held enforceable.

In the specific case of the employee who submitted the question, the employer is seeking to restrict the employee’s ability to work for various companies for a full year. This is problematic. Without knowing all the details of this individual’s case (how senior she or he was, or how many companies the clause would apply to), it is more likely than not that the restrictive covenant is void as an unfair restraint on trade.

Have a question for our experts? Send an email to NineToFive@globeandmail.com

Sign here: Why the increasing use of non-compete clauses is bad for employees, and the economy
Subscriber content
September 27, 2019 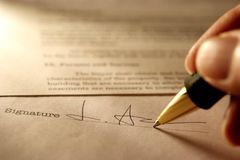 How can I best position myself for success when starting my own business if my work contract includes non-compete and non-solicitation clauses?
Subscriber content
September 2, 2019 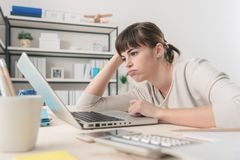 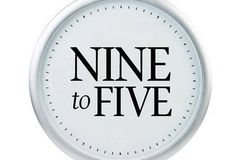