To those that have never experienced Burning Man, stories and news reports typically paint the annual event in the Nevada desert as a temporary hippie commune filled with sex, drugs and extreme weather conditions. To the thousands that have attended, however, the potentially life-changing experience often returns them to their daily lives more creative, open to new experiences and in touch with the people around them.

Perhaps that is why some of the highest-ranking members of the tech industry count themselves as regulars, why it’s become a right of passage for workers based in Silicon Valley and why Burning Man has grown from a small annual gathering of about 250 in the early nineties to a pop-culture phenomenon. Tickets are distributed by sales throughout the year, with nearly half going in the “Main Sale,” which happened last week. It took 35 minutes to sell 26,000 tickets at US$425 apiece. In total, the 2018 iteration, which will take place Aug. 26 to Sept. 3, will welcome nearly 70,000 attendees.

“That makes it the fifth-largest city in the State of Nevada for an hour at its peak,” Crimson Rose, one of the organization’s co-founders, told The Globe and Mail between presentations at Web Summit, Europe’s largest technology conference. Ms. Rose was invited to the mixed-interest industry event in Lisbon, Portugal to discuss art and culture in the digital age.

“I think of myself as a creative instigator,” she jokes. “I may start the fire but you’re the one that has to continue playing with it, and that’s shown me the best of humanity.”

It is that unique ability to inspire creativity and open-mindedness that has brought some of the biggest names in tech along with countless employees to a 517-square-kilometre patch of barren lakebed in the Nevada desert for one week each August. In recent years, the event has hosted the founders of Google, Amazon, Reddit, Tesla, Facebook, Uber, Dropbox, WordPress and many more.

Not only does Burning Man provide the industry a rare opportunity to unplug, but its emphasis on both self-reliance and social collaboration are also reminiscent of many of the tech industry’s corporate culture credos.

In fact, the 10 principles that guide the Burning Man movement – including radical self-expression, communal effort, civic participation and immediacy – wouldn’t seem out of place hanging on the wall in just about any tech company’s campus, incubator or startup office.

“As long as you are beholden to those principles, you can do what works for you, and I think that has been really successful; it’s changing the way people look, the way they play, the way they work and it lets them look at life differently,” said Ms. Rose.

Part of what inspires that culture of collaboration and creativity is the fact that Burning Man only provides attendees with the opportunity to purchase ice and caffeine; all other supplies need to be brought, made, bartered or borrowed, all without the use of formal currency.

As a result, creative collaboration has become a way of life for attendees, both during that week in the Nevada desert and beyond.

Tinkerers and techies often spend months or even years building the ambitious art installations that dot the temporary venue known as Black Rock City. Ms. Rose explains that such works inspire collaboration between strangers in pursuit of a common goal, something business leaders try to inspire in their teams every day.

“If you’ve got a crazy idea, you will find other people to help support you in doing that,” she said. “Now that some of the artwork is 20, 30, 40, 50 feet high, you need an engineer, you need an architect, you need to bring together a team and they’ve got to be drawn to your idea.”

Walking through the venue in Black Rock City in late August, it’s not uncommon to find a teetering lighthouse, an alien spaceship, a dragon or the front half of a 747 decked out in lights. The official theme for this summer’s Burning Man event: “I, Robot.”

“I always go early for the build, and you just watch this city rise out of the dust,” said Lise Munsie, development manager for the Toronto-based Centre for Commercialization of Regenerative Medicine. “For tech people, what brings them there is that innovation. You won’t find innovation like that anywhere else in the entire world.”

Though Ms. Munsie has only attended Burning Man twice, she assisted with the construction of what’s called a “theme camp” for the past four years. She says that she spends months building the pop-up workshop, kitchen and crafts space each year alongside a group of 40 friends based in Vancouver.

“You have to apply to Burning Man, and they give you a space that’s set up just for you,” she explained. “We run different activities for the community while we’re there, including our kitchen, and we run workshops and all work together to make a space. Lots of groups do that.”

Beyond the lifestyle and philosophies it espouses, Ms. Munsie says the industry is also drawn to the event for genuine networking opportunities, insightful seminars and for the opportunity to learn from the other experts in attendance, not entirely unlike the 65,000-person Web Summit event Ms. Rose attended in Lisbon in early November.

When asked whether the annual pilgrimage to the desert has had a positive impact on her work life, Ms. Munsie responds with a definitive, “Oh, my gosh, yes,”

“I look at every part of my life as a community now, including the people I work with,” she said. “Every single person you meet at work, it doesn’t matter what position they’re in, they have something to offer; you just have to listen to figure out what it is. I’m a lot more open in that way now.”

Like many Burning Man alumni, Ms. Munsie says she now tries to live her life according to the 10 principles. Although the event only lasts seven days, she says those that attend often carry its philosophies and outlook with them in their day-to-day lives. The tech industry just happens to be the one that embraces those same principles most openly. 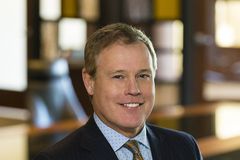 What learning judo taught me about being a leader
March 30, 2018 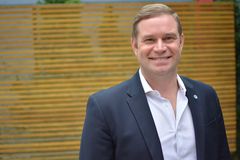 Opinion
Robots are spawning a reskilling revolution
April 2, 2018
Follow us on Twitter @globeandmail Opens in a new window
Report an error Editorial code of conduct
Due to technical reasons, we have temporarily removed commenting from our articles. We hope to have this fixed soon. Thank you for your patience. If you are looking to give feedback on our new site, please send it along to feedback@globeandmail.com. If you want to write a letter to the editor, please forward to letters@globeandmail.com.
Comments are closed