“That meeting was a bomb! Don’t you agree that the crux of the issue is we simply didn’t move fast enough on this project?”

Sitting across the table, your colleague stares at you. As usual, his face gives nothing away. When you probe him again on his thoughts, he responds curtly in a flat, indifferent voice. You, in turn, walk out of the room exasperated by him and his apparent aloofness. As usual, you chalk it up to his personality (those introverts!) and his inability to contribute meaningfully to the team. But could there be something else at play instead? Might you have shut him down with how you asked the question?

The culture you grew up in has a profound impact on how you see the world and how you behave in it. Most of us operate on cultural cruise control, not even aware of our own thought and behavioural default patterns, attributing “other” to anything that doesn’t make sense within our internal cultural circuitry. Does “oh well, she is just different from us” sound familiar?

This default mindset is not your fault. At one time, this us-against-them mindset was helpful; essentially, it could help a tribe avoid threats that could have undermined its survival as a people, and much later, as a country, and later still, as a business.

Nowadays, this ingrained mindset can be detrimental in the workplace. Why? To survive in this very competitive landscape in a now globally connected world, we need to stay one step ahead. Innovation, or solving problems in novel ways, is the way to do that. Innovation thrives on diverse perspectives and ideas converging to produce novel solutions.

The first step to acquiring those divergent perspectives is to include a diverse group of individuals at the problem-solving and decision-making tables.

The second step is to enable these perspectives to be shared, understood, worked through and transformed into a viable solution. Cultural intelligence is the critical skill that enables you to do just that, and it’s one that we are not talking about much – yet.

Cultural intelligence (CQ) is the ability to interact effectively with those who come from or were raised in a culture different than your own. It’s a skill that requires combining a wide range of cultural knowledge with situational awareness and appropriate behavioural adaptation. At its essence, it encompasses a respect and understanding for differences that exist.

CQ is increasingly being recognized as a differentiating skill in the workplace. Reports repeatedly identify it as one of the five or 10 most critical skills for the future work force. Look around you and your teams today; the future is here, and CQ is needed now. Our work teams are a microcosm of the world, representing a disparate array of cultural upbringings, from throughout Canada and abroad.

So how does one go about building cultural intelligence?

On an individual level, it involves:

We are a country and business community that prides itself on diversity. To sustain and build upon Canada’s economic success, we already are and will continue to welcome newcomers to fill hundreds of thousands of open roles. To compete globally now and in the future, our diversity needs to be better utilized.

To build and sustain your career, you need to influence others to get results, whether you are a people or technical leader, or someone who simply wants to be good at their chosen craft. Learning to adapt your approach to different people is crucial.

Cultural intelligence is the differentiator that will enable us to leverage the diversity that is undoubtedly our strength. 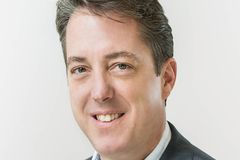 To be successful, align CSR with business goals and community needs
December 4, 2018 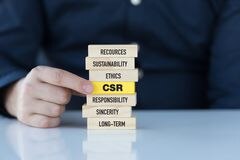 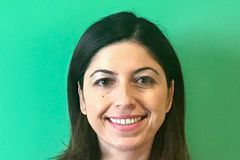