Pundits, journalists and business leaders alike all boasted that landing one of Amazon’s new headquarters in Toronto would put the city on the map as a North American tech hub. That overlooks one thing: It already is. The recent news that Amazon is opening a new Toronto office with 600 more jobs demonstrates as much.

According to CBRE’s annual Scoring Tech Talent Report, Toronto is among the best locations for tech firms to settle because of the available talent. The city’s dynamic ecosystem has created more tech jobs than the San Francisco Bay Area, Seattle and Washington combined in the ast year.

The circumstances that unlocked Toronto’s tech growth, even without the help of a massive Google or Amazon headquarters, have significant implications for the future of our work force. Here are the factors shaping technology jobs and the work force in Canada.

There is a debate over whether Canada is experiencing a brain gain or a brain drain. The answer isn’t so simple. Both are happening.

Canada is welcoming an influx of skilled international talent to fill technology jobs thanks to our merit-based immigration system and targeted government initiatives. The country has historically been conducive to recruiting international talent. This is an extra boon for the tech world, which, compared with other industries, is more merit-based. Technology companies typically reward and advance individuals with talent and ideas.

At the same time, Canada is losing talent to California’s Silicon Valley, which hosts many of the top tech companies, dominates venture-capital funding and often pays workers more. The allure of the Valley continues to drain Canada of some of our top-performing employees as they head off to make it big in the United States.

The result of these two forces is that the future of our tech work force will be more diverse than before. Companies will seek to fill the voids by looking to countries such as India and regions such as Eastern Europe. This mix of backgrounds will drive employers and employees to be better communicators, more sensitive to cultural differences and a true diversity of thought in how people express their ideas.

Canada has a roster of companies that are quietly transforming business through artificial intelligence. Everything from mom-and-pop stores to bricks-and-mortar companies to massive industries that may not always be associated with data science are beginning to harness analytics and use technology and data to drive strategy. For example, manufacturing companies are using data science to predict how machines will run, forecasting machine failure before it happens and dispatching parts that need to be replaced based on temperature anomalies.

But AI is the thin edge of the wedge when it comes to technology jobs – foretelling a broader shift in what the future work force will look like.

Take General Motors’ recently announced plant closing in Oshawa, Ont. The auto industry is evolving toward smart, autonomous and more energy-efficient vehicles – all of which require AI talent. But for every job that requires machine learning or data science, there is a need for 10 or so data engineers to understand and transform the data. This is a window into what types of jobs will be in demand as more sectors undergo digital transformation.

An ecosystem for startups and an expanding university research community

Despite the draw to Silicon Valley, many companies remain in Canada as they scale and grow their business. This is in part thanks to the support systems offered through resources such as MaRS Discovery District, Ryerson Digital Media Zone and Creative Destruction Lab, as well as a multitude of other accelerators and incubators.

These startups are scooping tech talent and offering engineers an opportunity to join companies from the ground up, make an impact and bring technologies to market quickly.

Meanwhile, Canada’s strong university research community continues to pump out the country’s leading data scientists and engineers. However, when it comes to job creation, the formula doesn’t follow a linear path in which jobs become vacant and are then filled with top talent.

In fact, the more talent is nurtured and developed at universities and colleges, the more jobs are actually created for them to fill. For example, if there is no data science or AI talent, then companies won’t invest in the first place to create or pursue AI. When there are people in the organization that bring value and wins related to AI, they build momentum to grow the practice. Ultimately, talent reinforces growth and vice versa.

The evolution in the Canadian economy, brought on by digital transformation in a variety of sectors, will continually remodel what the future of jobs and everyday workers will look like. For tech, this shift is bountiful – and job prospects will continue to grow.

The danger of being left behind: How I made the mid-career leap from banker to digital evangelist
January 2, 2019 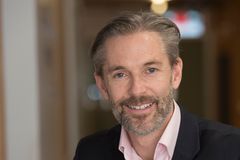 As in football (with the Stampeders), team dynamics apply to entrepreneurship
December 26, 2018 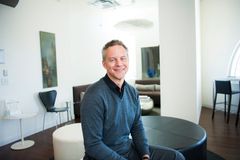 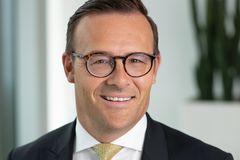