Brian Scudamore is founder and chief executive of O2E Brands, the parent company of 1-800-GOT-JUNK?, WOW 1 DAY PAINTING, You Move Me and Shack Shine.

My dad has always been one of my greatest role models. He’s a respected liver-transplant surgeon and when I was growing up, he urged me to follow in his footsteps. Needless to say, he wasn’t exactly enthused when I dropped out of high school (and later, university). He was even less pleased when I told him why: I wanted to expand my junk-removal company.

Whether we like it or not, our parents play a big role in shaping who we are. They influence everything from our appearance and personality to our interests and opportunities. How we’re raised can have a significant impact on our future selves: People who had controlling parents tend to be unhappier later in life, while those with parents who showed understanding and trust turn out to be more satisfied adults.

Don’t get me wrong, my dad has always supported my hopes and dreams. But he struggled to hide his disappointment at some of my choices (and I get it). The best part is that his initial wariness toward my business plans didn’t discourage me – it pushed me to work even harder.

I needed to prove that I could succeed on my own

Dad wasn’t the only person who didn’t believe I could create a viable business by hauling junk. All of my mentors argued that any able-bodied person with a truck could pick up trash for a living; I’d have countless competitors. My response every time was, “But I’m not anyone.”

In reality, I didn’t have a clue if my business would work out in the long term. I simply needed a way to pay for school and hauling junk seemed as good an idea as any. So I bought a beat-up truck and painted my phone number on the side, offering to “stash your trash in a flash!” It worked: my phone was ringing off the hook in no time.

When I started ditching class to book jobs, I made a big decision: I quit my business degree to focus on my company full time. I remember how proud I was to call my dad and tell him the news – that (despite his warning) I had successfully built a financially stable business without a full education. But I realize now that my pride had less to do with what my dad thought of me and everything to do with what I had achieved for myself.

I needed to be my authentic self

If I’d chosen to follow in my dad’s footsteps, I’m the first to admit I wouldn’t have been disciplined enough to make it through med school. As a double dropout, how could I have survived the long, gruelling years it takes to become a doctor? But if I had toughed it out to please my dad, I would have been miserable anyway. I’m not made for meticulous, calculated work – I’m an entrepreneur to the core and I thrive on dreaming up the impossible.

I hear you: A junk-removal company isn’t the most out-of-this-world business idea. But it’s not about what we do – it’s how we do it. From the beginning, I wanted to build a brand that was the opposite of what people expected from the industry. I envisioned us becoming the FedEx of junk removal, with streamlined service, shiny trucks and unparalleled professionalism. The industry was lacking a clear front-runner, so I sought out to create one.

What I really wanted for my future, though, was the freedom to choose my own adventure. I didn’t want to be restrained by strict hours or an overbearing boss. Becoming an entrepreneur meant choosing to forgo the potential stability of a medical career, but it was the only path that felt authentic to who I am.

I needed to earn his respect on my own terms

If I had listened to my dad and pursued a career in medicine, he would’ve approved of my choice without question. But I would have failed – fast – and then where would I be? While my motto is “WTF” (Willing to Fail), there’s also something to be said for knowing your limits. There’s a big difference between taking a risk and taking a calculated risk. For me, it wouldn’t have made sense to throw buckets of cash (and time) at an education that didn’t suit me.

Sure, it took some time for my dad to come around to the idea that I’d rather be a junk man than a doctor. But by taking the road less travelled, I earned something better than his approval – I earned his respect. Once he saw that I had the same passion and dedication to my work as he did, he understood my choices.

Now that I’m a dad myself, I have a better understanding of where he was coming from. But I’ve chosen to take a different approach with my kids: I haven’t pressured them to follow my path; I encourage them to find their own path, one that leads to growth and happiness. And if for some reason I end up disapproving of their choices, I hope they’ll take it as motivation to prove me wrong. 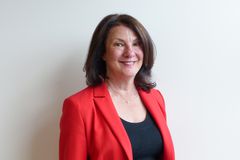 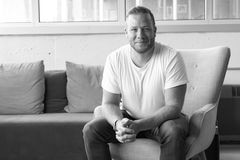