Brian Scudamore is founder and CEO of O2E Brands, including home-service companies such as 1-800-GOT-JUNK?

When I was growing up, life was supposed to follow a standard path: go to school, get a job, buy a house and settle down. People saved their money to buy bigger homes, newer cars or fancier clothes, always trying to keep up with the Joneses. They had visions of the “American Dream”, and it meant your social status was dictated by how much stuff you had.

Fast forward 30 years and our relationship to “stuff” has changed. People are choosing to rent instead of buying houses. You can drive a newer, fancier car every week with a vehicle rental service. Cameras, sporting equipment and even art can be rented out. The things we’ve been accustomed to buying for decades are rapidly being replaced by services.

It’s a trend that’s only going to pick up speed. By 2030, the World Economic Forum predicts we won’t own anything. Experts have dubbed this the “rentership society”: a world where people can enjoy whatever they want without the hassle of ownership.

As the owner of a company that makes money by getting rid of people’s stuff, I’m the first person to wonder: If this trend continues, will junk removal become an unnecessary service?

Why people are choosing “rentership” over “ownership”

We’ve always been able to rent cars, houses, movies, boats, and countless other things. Yet for decades, people have spent their hard-earned money to own them all. In the wake of the Great Depression, people’s status and self-worth was driven by ownership; whoever had the latest and greatest, biggest and best of everything was the top dog.

So why are people opting for rentership now? Is it a product of changes in the economy – or is the new generation less into “stuff” than the last?

Let’s look at the housing market as an example. Millennials are less inclined to buy homes than their parents were at their age, and it’s not just because housing prices and the cost of living have skyrocketed. In some places, millennials who can afford to buy homes are choosing not to; same goes for their spending habits across the board. The children of consumerism live in the sharing economy and they have different priorities than their parents. For them, life is more about experiences than things.

So why rent? It’s cheaper, for one. It also gives people access to goods and services they might not otherwise be able to afford. Students can rent textbooks instead of shelling out hundreds of dollars for books they’ll likely never read again. Doing some DIY home improvement? You can rent any power tool imaginable whenever you need. The list goes on and on.

What this means for the junk removal industry

Junk removal is pretty straightforward: people throw things away and we pick them up. Generally, our customers are getting rid of old, outdated stuff (such as furniture, appliances or sports equipment) to make way for the new. The more they buy, the more they have to get rid of, and the busier we are. You can literally measure the success of our business by the trash bag.

So what happens if people stop buying stuff? Well, they will have less to throw away. If they don’t own homes, they aren’t renovating or upgrading their furniture and appliances. If they’re renting all their gear, they’re not throwing away old skis and snowboards every few years.

In some cases, though, because of e-commerce people are still buying more than ever. This means they’ll continue to have more and more stuff to throw away. With so much waste going back into our world, people need to understand how to dispose responsibly. That’s where service providers like us come in.

Over all, I’m happy to see people becoming less wasteful. I’m a minimalist; that’s why I built a company that helps people get rid of stuff. Our job is to help our customers remove the “unwanted” from their lives. Whether they’re downsizing or upgrading, we’ll always be there whenever they need us.

What if your chief executive is acting like Donald Trump?
October 4, 2018 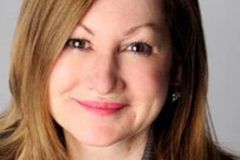 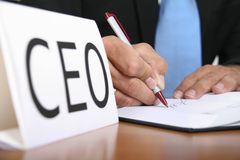 Why likeability gets you hired and promoted
October 5, 2018 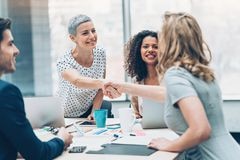