Successful people have a very specific profile; they exhibit behaviours that escape other humans. They don’t sit comfortably on the intersection of the X and Y axes; they live at the extreme ends of a distribution curve. How do they do it? How do they achieve an unmatched position relative to their peers?

They’re addicts. They can’t help themselves when it comes to committing their entire being to their job or career. They are taken over by an irresistible force that cannot be denied. If you want to be wildly successful – and many don’t – this is why you need to be addicted.

Success is more than casual interest

Success today cannot be achieved by being “sorta” interested. It’s not a part-time affair. There are simply too many people seeking too few opportunities to warrant any other approach.

Academic credentials are at crazy levels. Doctorate degrees and MBAs are commonplace among job candidates.

Consistent winners don’t lead a balanced existence. They either commit 1,000 per cent or they don’t. They don’t take an afternoon off because they’re stressed and they don’t look for potential employers that sponsor a work-style based on family values.

They expect to push and be pushed by the organization they’re in. They neither expect nor are they given space to have a “complete” life.

As I was writing this piece, I heard a talk radio segment discussing the importance of allowing young people to have mental-health days for self care, to escape and recover from the stresses and strains they endure on a daily basis – bullying, two working parents, drugs and school homework were cited as reasons they need a day off. I chuckled. Maybe I’m old school but I’ve never seen a successful person who got there by taking time off to rest their brain.

Success escapes many people because they are not prepared to make the continuing investment in the emotional energy necessary to continue the climb. You may feel mentally and physically exhausted after the uphill battle you’ve waged so far, but pausing to rest is not an option – unless you are okay with having your friendly competition (who are patiently waiting for you to falter) pass you by.

The committed career climber needs the power of addiction to keep going despite the wins they achieve on the way. They know that it’s the consistent string of individual achievements that defines ultimate success, not the progress milestones that are touched along the way.

Success has an insatiable appetite to learn

Success has a learning curve that shows no point of inflection nor does it show any signs of moderating – it rises exponentially with time and the relentless advances in knowledge that characterize the times we live in. Triple or quadruple what you’ve had to learn up to now and that’s probably what you have to commit to learn over the next decade of your work life. The knowledge space shows no sign of levelling off.

The addicts to success have an insatiable desire to keep up and soak up every learning opportunity around them that is relevant to their end game. And it’s not something they can turn on and off. Their brains drive to learn functions just like one of their other involuntary organs – like their heart – keeps working regardless of whether it is instructed to or not.

Success is achieved by serving others

Successful people rarely achieve anything on their own. They get incredible things done by engaging others in their journey. They paint a compelling picture of their intentions and they rally people around them by the sheer force of emotion.

Followers follow because they are emotionally committed, not merely because of the intellectual worth of an idea.

Stirring strong feelings in people is not a task for the faint-of-heart. It is a gruelling experience and draining for the person looking for support. Addiction to succeed provides the necessary fuel and stimulus to stay with the task until it has reached the intended conclusion. Non-addicts simply don’t see it through because the undertaking is too formidable.

Just like successful people need an entourage of emotionally committed followers and supporters, they also need a stable of avid mentors who give of themselves unconditionally and who actively recommend them to others.

To the successful individual, their mentor has accepted the role of lifetime support. It’s not a casual relationship.

For some reason, the mentor takes on the baggage and challenge of the aspiring professional, and that doesn’t come easily. Success demands not just mindless attention to treating “mentor gathering” as a top priority, it also commits the boundless hours required to deepen and maintain the mentor relationships that have been started.

So much time and energy is needed to build relationships – just ask a standout sales professional – and success addicts get it and put in the time no matter what. Success doesn’t happen by serendipity or by accident, notwithstanding the occasional exception which, unfortunately, can’t be counted on by the general population aspiring to have rewarding careers.

Success is built on the back of a pattern of behaviour that is focused on, and relentlessly pursues, the goal of standing out from others and making the decision on who gets the brass ring easy for the decision maker. Addiction does have a dark and down side, but in propelling someone to reach higher levels of achievement, it’s all upside.

Why people leave great opportunities to pursue better ones
January 21, 2020 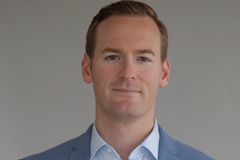 For many Canadians, business travel is not all it’s cracked up to be
January 24, 2020 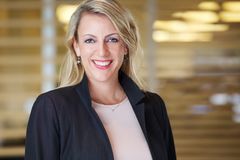 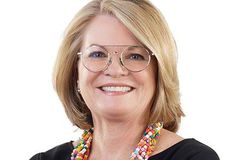