For many people, there are few things they like less than receiving negative feedback. Ironically, giving feedback often ranks equally high on managers’ not-to-do list. Although many managers see themselves as coaches, direct and honest feedback is often replaced by hints and hopes.

“If you want to put people on edge, tell them they will receive some feedback. Or, just as bad, tell them they’ll be giving feedback,” three scientists with the NeuroLeadership Institute report in the newsletter strategy + business on recent neuroscience research.

In that conundrum might be both barrier and solution. But it can seem too risky to try.

Kim Scott, author of Radical Candour, suggests a 90-day plan to improve your giving of feedback that starts with learning to take it. In conversation with consultant Kevin Kruse, a contributor to Forbes, she suggested in the first 30 days concentrating on soliciting feedback, repeatedly using a go-to question such as, “Is there anything I could do or stop doing that would make it easier to work with me?”

This is intended not just for your improvement, but to lay a foundation of psychological safety in the team. But, of course, you now have made them uncomfortable as well. There will probably be an awkward silence. Don’t rescue them by talking – she suggests closing your mouth and counting to six, making it more uncomfortable for them not to say anything than to respond. When they do, don’t get defensive. If you agree with the feedback, explain how you’ll fix the problem. If you disagree, find the 5 per cent of the advice you can agree with to reward the candour.

The next 30 days, focus on praise, which shows you care and is a key element of feedback. She notes we often feel smarter when we criticize rather than praise, but there is usually more good stuff happening so reward it.

The final 30 days weave in some criticism, but also continue to solicit feedback and give praise. Be humble and keep in mind you are not offering The Truth but candid advice based on observation, which might be wrong. She believes that technique will move you and your colleagues to a culture of feedback.

Tessa West, the New York University psychologist and NeuroLeadership Institute senior scientist who led the study mentioned earlier, echoes this approach, urging you to go slow at the start as you nurture a culture of feedback. “It’s like going on a diet. You don’t want to cut out everything that’s delicious. You have to gradually replace the unhealthy with the healthy,” she said in that article.

Ask for feedback on low-stakes topics. Not what’s wrong with your leadership style, but is the temperature in the room set properly or do you need more types of coffee or tea in the lunchroom? You’re signalling that asking for feedback is critical and that people will be heard when they respond.

David Rock, Beth Jones and Chris Weller, who wrote that article on how neuroscience research offers ideas to ease our feedback difficulty, point out that “when people ask for feedback, they feel greater autonomy and certainty because they are in the driver’s seat – they can steer the conversation where it’ll be most useful. Givers, in turn, feel more certainty because they have clearer guidelines for the kind of feedback they should give. The information will be more relevant to the team member and less threatening to his or her status, ultimately making the entire discussion feel more equitable and fair. It might be uncomfortable, but manageably so.”

People need to learn to ask for feedback broadly, explicitly and often. Since no person’s viewpoint is dead-on – we’re all the product of our own experiences – people need to ask more than one person for feedback, ideally people with varying perspectives. Asking for feedback on a specific matter is better than a general, “How am I doing?” Ms. West suggests asking, “Could you please give feedback on my presentation skills?” or, “Should I have spoken up more in yesterday’s meeting?” That deters what she calls “kitchen sinking,” in which the feedback giver feels permission to toss in any critique that comes to mind.

This is a delicate, difficult approach. If you’re a manager, you probably feel you have the right to give feedback (even if you may not like doing so) and feel you shouldn’t have to receive it from subordinates. But feedback is hard on everyone’s egos and so building a culture of feedback is logical. Whether you opt for that route or not, I’ll have additional advice next week.

Stuck in commuter hell? Make the most of it
Subscriber content
April 4, 2019 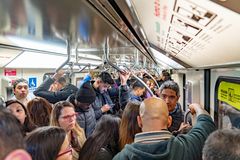 Inside an organization, are you really playing on a “team”?
Subscriber content
April 1, 2019 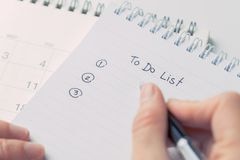