Standing 6-foot-5 and tipping the scales at more than 300 pounds of solid muscle, Christo Bilukidi played in the National Football League for four seasons before being released by the Washington Redskins in May, 2016. Making it to the NFL was a rare feat for someone from Ottawa; rarer still, for someone born in Angola and raised in Ottawa Community Housing by a single mother.

When did you know it was time to move on from the NFL?

During training camp in New York, I was watching film and I was so uninterested. I did not pay attention. I wasn’t into the scheme that was happening or the play calling. That’s when I knew this game is not for me anymore. There was no more desire.

When did you invest in your first property?

I invested the minute I got cut by Oakland [his first team] because I knew then this game isn’t forever. I have to put my money to work. I didn’t know what I wanted to do with my money, but one of my best friends – now my business partner – is a contractor. He’s been doing it for 15 years. He started talking to me about investment properties and that’s when I started investing in real estate.

Was it hard for you to have to study when it came time to get the licences and certifications you needed?

I knew, through the work ethic that got me to the NFL, I could do pretty much whatever I wanted to. If I told myself I wanted to be a doctor, I guarantee I could be a doctor. The work ethic was there. You can’t just waltz onto an NFL team – you have to put in the time and the hours.

Why return to Ottawa? You could have gone anywhere in North America.

Not a lot of people will say that Ottawa is a city of a lot of opportunity, but for someone like myself that’s from Ottawa and grew up here and has connections here, and, on top of that, not a lot of NFL players come out of Ottawa. So this is where I had to take that chance and opportunity to promote myself. People will naturally gravitate towards me – “Oh this guy used to play in the NFL and that’s cool.” If I wanted to start a business, like get my real estate licence, I could use that to my advantage and be very successful.

Did you stray away from wanting to be known as ‘that guy from the NFL?’

I actually used to tell my buddies – “Don’t tell people I’m playing.” I used to always say that because I didn’t want the attention to come to me. All people would want to come talk to me about was, “Hey, have you sacked Peyton Manning?” and it’s the same questions over and over. Now it’s “Yeah, I’ve hit Peyton Manning. By the way, do you want to buy a house?”

What’s the biggest adjustment you’ve had to make from playing in the NFL to what you do now?

There were a lot of adjustments socially. […] I settled down, I found my wife, from Ottawa. There had to be a lot of adjustments made and I was fine with those adjustments. When I invested in real estate I already had a plan and I saw the projections. I know I can do more. Yes, I had to make a few adjustments, but I know there is a back-up plan that’s allowed me to do a lot more than what normal guys do after they’re done playing.

What would you say to people who are looking to make a career change at this time in their lives – maybe a decade into something now but ready for something new?

I’d say take a chance. Don’t be afraid to take risks. If you’re successful, great, but if you’re not, you’re just going to learn and you’re going to learn what you like, what you can do, and maybe do something you could be successful at. That’s my biggest thing – take risks. I took a huge risk leaving the NFL. Obviously not a lot of people will have that same level, but I got to say, “even though I’m done playing I’ll still be successful in whatever I want to do.” Take the risk. Don’t be afraid to do it.

Canadian True Crime’s Kristi Lee: I didn’t expect to get to 'a point where I would be able to monetize the podcast’
Subscriber content
January 13, 2020 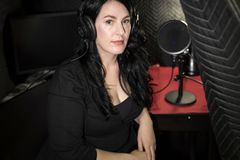 Fashion Santa Paul Mason: ‘I never knew about this kind of minor celebrity stuff. No one’s trained for it’
Subscriber content
December 23, 2019 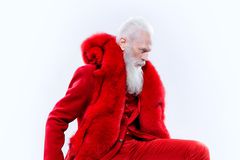 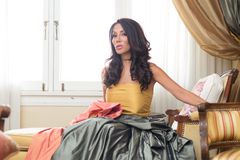