“Culture eats strategy for breakfast.” It’s a provocative thought, but for many people, unfortunately, also useless because it’s not easy to act on. Strategy is difficult, but we have well-worn steps for devising one. Culture? We’re not sure how to shape it.

That makes venture capitalist Ben Horowitz’s new book What You Do Is Who You Are particularly helpful. It offers steps for creating culture, taken not just from his vast business knowledge, but from his study of four historical non-business exemplars.

He frames his findings around lessons from Toussaint L’Ouverture, who led a slave revolt that resulted in the founding of Haiti; the bushido warrior code of the Japanese samurai; Genghis Khan, who built the world’s largest empire around the notion of an inclusive meritocracy open to the people he conquered; and Shaka Senghor, who after being sentenced to 19 years in a Michigan prison for murder, made his prison group the tightest, most ferocious in the yard and then decided to change himself and them into a more humane alternative.

Mr. Horowitz’s prime guideline is taken from the slave revolt: Create shocking rules. “The more counterintuitive the leader’s decision, the stronger the impact on the culture,” he says. Once the black rebels won control of the island, revenge was in the air. It would have been easy to assent and allow the plantation owners to be shot. But L’Ouverture believed that revenge would destroy rather than elevate the culture he sought. He also declared that “the guarantee of the liberty of the blacks is the prosperity of agriculture.” So the plantation owners would not only live, but keep their land, although they were ordered to pay labourers one-fourth the profits and live on their land so they would be directly accountable.

He points to Amazon, in its early days, emphasizing its rule on frugality by buying cheap doors from Home Depot and nailing legs to them to create desks for new employees. When one recruit asked the desired “why?” as the company’s market capitalization swelled, the answer was the company looked for every opportunity to save money so it can deliver the best prices at lowest cost. (With the culture set, he says the company no longer creates desks out of doors, but has found even cheaper alternatives.)

The media went wild with “whys?” when New York Giants football coach Tom Coughlin declared that if his players were on time for a meeting, they were late. Certainly counterintuitive. They were expected to be five minutes early. It was a memorable message about the self-discipline needed to win.

Mr. Horowitz says leaders must walk the talk on culture – Mr. Coughlin couldn’t arrive late to anything after setting that rule. L’Ouverture lived with the men in his army, shared their labours and led their attacks, being wounded 17 times.

As well, make ethics explicit. Every company talks about integrity, but Mr. Horowitz says it’s an abstract, long-term concept. It also must be universal. “You can’t pat yourself on the back for treating your employees ethically if you’re simultaneously lying to your customers, because the employees will pick up the discrepancy,” he says. L’Ouverture kept issuing explicit instructions on behaviour, taking his army to higher and higher levels, including giving food to destitute white women when his army was starving in its campaign against the British.

But the ethical rules have to be compatible. Mr. Horowitz says that Uber founder Travis Kalanick designed his culture with great intensity and had quite explicit, out-of-the-ordinary values. But one value, competitiveness, emerged supreme: Always be hustling. “The underlying message was clear: If the choice is integrity or winning, at Uber we do whatever we have to do to win,” Mr. Horowitz adds. Eventually, Uber hit an ethical storm and Mr. Kalanick had to go.

Culture can be mysterious. But there’s substance and clarity in the idea of memorable, counter-intuitive rules to clarify how to act. And what you do becomes who you are. 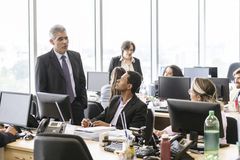 Onboarding practices should be – and can be – better with a little more thought and effort
Subscriber content
October 5, 2019

Companies should learn from history to avoid repeating mistakes of the past
Subscriber content
September 28, 2019 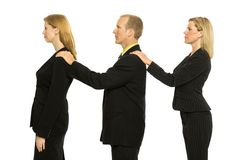