Toronto management consultant Patrick O’Neill titled his recent book on his journey from working in a large international public relations firm to setting out on his own The Only Certain Freedom. It’s an important message, one that entrepreneurs will immediately recognize, although I didn’t realize it traced back to Robert Frost: “The only certain freedom’s in departure.”

One can overstate that freedom, of course. Most entrepreneurs are still chained to an enterprise or mission and, indeed, it may demand more of them. They can find customers even more demanding than the bosses they once had in a large firm. And the theory that, as your own boss, you can take off an afternoon whenever you want, is just theory for most entrepreneurs. Still, just as we diversify our investments, there can be security in having a number of clients providing our income rather than one boss.

Entrepreneurs tend to divide into two types, which Derek Lidow, a professor of entrepreneurship at Princeton, labels bedrock entrepreneurs and high-risk entrepreneurs. Bedrock entrepreneurs are the vast majority – he suggests 99 per cent – leaving an existing employer to start their own business to achieve personal goals. “Because they largely fund their businesses out of their own pockets and the pockets of their family and friends they try to minimize losses and avoid failure. They start small, seek profitability early on, and plow their profits back into the business, methodically growing their businesses over the long haul, sometimes to great size after years of patient toil,” he writes on the ChangeThis website.

But I’d break that group down, as well, in two ways. Some seek Mr. Frost’s departure willingly and others find themselves booted out of the firm – after a downsizing or a disagreement – and become reluctant entrepreneurs. I think bedrock entrepreneurs also vary on how big they want their new enterprise to grow. Michael Gerber rocketed to fame when he advised in his 1986 book The E-Myth that smart entrepreneurs work on their business, focusing on growing it, rather than getting immersed working in their business, doing the mundane stuff that customers buy. So don’t open a coffee shop to serve your unique brew and chat with customers; figure out how to build a chain of people doing that work. It’s logical advice, but some of us love working in our business – that’s the joy we seek.

None of this seems to relate to Steve Jobs or Jeff Bezos. Although they also departed conventional employers at one point, they are the epitome of the second group Mr. Lidow identifies, high-risk entrepreneurs who he says are often motivated by a desire to achieve great wealth and recognition. I’m not sure on that last point: Many just started with an idea they fancied and wanted to pursue. Joseph Boyett and Jimmie Boyett studied more than 70 well-known entrepreneurs for their 2001 book The Guru Guide to Entrepreneurship and reported: “Our gurus repeatedly maintained that they are not and were not motivated by money.” They were excited by the challenge of building their firms or offering something valuable to customers. Ted Turner declared: “If you think money is a really big deal … you’ll be too scared of losing it to get it.”

Fear, of course, is what deters most people from becoming entrepreneurs, even of the bedrock variety. But most entrepreneurs try to mitigate risk, even the oversized ones who capture our imagination by what seem like daring ventures.

Still, it’s worth listening to this bit of advice from Mr. O’Neill: “There’s a fool inside every entrepreneur. Only a fool would willingly leave the security of full-time employment for the vagaries of entrepreneurial life. Only a fool would risk everything on an idea, a hunch, a premonition. Who but a fool would allow him or herself to be seized by a dream?”

Earl Graves, founder of Black Enterprise magazine, has offered a different metaphor in the guru book: A junk-yard dog. “True entrepreneurs don’t let go. If one venture fails, they try another. If one product doesn’t sell, they look for a better idea. If one company official isn’t buying, they look for another who is. Like the junkyard dog, they hang on no matter how much they are shaken, cursed, beaten and kicked because they stay focused on the task at hand.”

It’s the only certain freedom.

· Are you a control freak? Trainer Dan Rockwell suggests assessing how much of your time, attention and energy is spent by getting involved in trivialities.

· The average age of founders of firms with the highest growth in the first five years of operation is 45, research shows, rather than our mind’s image of 20-something. Another interesting research tidbit: Startups founded or co-founded by women generated 10 per cent more in cumulative revenue over a five year period than those founded by men. 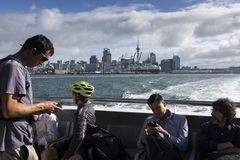 Executive education reimagined to keep up with the times
July 31, 2018 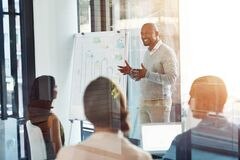 What to do when you’re stuck in a negative feedback loop
July 24, 2018 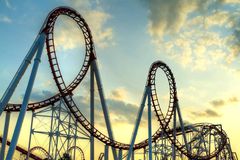