Model Paul Mason became an internet sensation in 2015 after his campaign with the Yorkdale Shopping Centre in Toronto as a stylish Santa went viral. After winning a battle over the trademark for Fashion Santa, this holiday season is the first time that Mr. Mason, 55, has full ownership of his brand.

How did the idea for Fashion Santa come about?

My mother passed away from cancer and, in my grief, I went into a depression and stopped shaving. One day I woke up with this beard and really liked it. Then I just thought, ‘Geez, I need a gig, I need to get working again.’ So I put together this guy called Fashion Santa. He can do the same types of things as Santa, but more elegant, in a way. I pitched it out to a few retailers and it debuted in a very subtle kind of way at Yorkdale in 2014. But then in 2015, it went viral.

How did that feel?

It was insane. The local news covered it. Then I watched the national news and, sure enough, there’s Sandie Rinaldo saying on CTV what’s going on here. Then BuzzFeed picked it up and it went nuts. If there was a rock- star moment, I think that was the one. It was so crazy. I was doing morning TV and then I was doing overseas TV, which was later at night, like 11 p.m., in Australia. It was a trip.

How did it feel in 2016 and 2017 when other models were hired to pose as Fashion Santa?

You can just imagine having to stand there, knowing what has gone down, and knowing that you could lose this. It was my idea so I was not going down without a fight. I’m not gonna lie to you – there were moments where you go can go into a room and you think to yourself, what am I doing? Is this even possible? If you go to litigation, you don’t even know how long that’s gonna take. Sometimes it can go five years. What happens in five years if I’m older? If the brand’s come and gone? The time frame to do something with it could be passé.

But in the end, you won. You now own the trademark to Fashion Santa.

It’s so fulfilling. I got the first Canadian trademark in November, 2018, and I just got the certificate from the U.S. this month.

Were you worried about the impact the trademark battle could have had on your career?

I mean, you could scare everyone away. No one wants controversy with their brand. You look like you’re unhinged or you’re causing trouble. But you’re not causing trouble, you’re defending your work and what you are. My tenacity is crazy. It didn’t break me. This year, I’ve signed four, five, maybe six contracts for the season. I’ve never done that before. My first one was Walter Craft Caesar mix. I’ve done Hyundai, I’ve collaborated with a small Canadian jewellery company called Nogu, and the Ritz Carlton tour is kind of like my baby. And Indochino, the suit company, they did all my velvets. Their suits are just amazing. These contracts all have a charity component, too, so I’ve done everything this season from Heart and Stroke to a hospice in Owen Sound, Ont., to a resource centre in Waterloo, Ont., to Sick Kids. It’s really important to me.

Do you enjoy getting spotted on the street?

It's a funny thing. I never knew about this kind of minor celebrity stuff. No one’s trained for it. I think that's where people go awry with it sometimes because it’s taxing. I do get photographed in No Frills. Like in the meat section of No Frills. They don't ask, the photo’s already put out there. It feels odd but I’ve learned my lesson. I have a bag that’s deep enough that no one can see me buy toilet paper. I think it’s a deal-breaker if you’re going down the street with a 20-pack. The bag hides a lot.

What suggestions would you have for people who want to make a brand out of themselves?

It's a process that you have to think from start to finish. You have to know that it’s a total commitment that you have to put yourself into. It doesn't come easy. Create a trusting environment around you. It’s important to surround yourself with people that are truthful and that have power within the industry. Your relationships are really important. If you have an idea, just put the trademark application in. I didn't learn this before, but sometimes you can lose the idea to the actual fact that someone else got there first. Like whoever's queued in the lineup will get that. It can be that simple.

Are you worried that your popularity could just be a passing fad?

Yeah, of course. To be honest with you, yes.

But until then, you’re still trending.

I don’t know if you’re aware of the memes that are going around right now. “Santa’s on a keto diet, and he just joined Tinder after his divorce.” The funny one was “Santa just dropped the most romantic 2019 R&B album of the year.” They’re great memes. At first, I didn’t know what they were. I had no idea what they actually do. I know they’re kind of tongue-in-cheek and they make fun of things. People just send them to me. Does that mean they went viral? Because people keep reposting?

To be honest, I’m not really involved with social media, but obviously it’s something that’s given me my success. It’s all sort of organically happened. Timing can be crucial.

Regent Park development lawyer John Fox on what motivates him and the best advice he’s ever got
Subscriber content
December 16, 2019 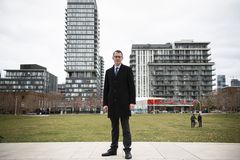 Cleantech CEO Miriam Tuerk on doing what you love and never giving up
Subscriber content
December 2, 2019 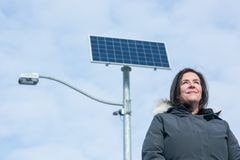 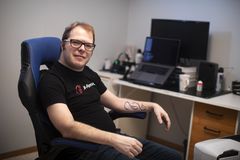