A few years ago Netflix co-founder Reed Hastings was attending a conference in Geneva. Sitting at the bar, he overheard two CEOs chatting about the challenges of innovation. “Whatever they’re drinking at Netflix,” one said, “that’s what we need to be drinking.”

What are they drinking at Netflix? What makes them successful?

As Mr. Hastings reflected, he felt it was the decision-making freedom given to staff. “If your employees are excellent and you give them freedom to implement the bright ideas they believe in, innovation will happen,” he writes in No Rules Rules, which combines mini-essays on the company’s managerial approach written by him and by Insead professor Erin Meyer.

It starts with talent density, ensuring a high proportion of excellent employees. You can’t give freedom – not just to come up with ideas and advocate for them, but freedom to enact them – unless the employees are top flight.

The revelation about talent density came after the internet bubble burst in 2001, and a third of the staff was let go. “We didn’t have any obviously poor performers. So we divided the staff into two piles: The 80 highest performers who we would keep and 40 less amazing ones we would let go,” he recalls. It was an awful process, but shortly after he found that even in cost-cutting mode, with so many colleagues gone, the office was buzzing with passion, energy and ideas. More work was getting done – with a third fewer employees. His lesson was talented people make one another more effective.

But that doesn’t mean every highly talented person you hire is perfect. So you need an abiding culture of candour. “Talented employees have an enormous amount to learn from one another. But the normal polite human protocols often prevent employees from providing the feedback necessary to take performance to another level,” he observes. The outsider, Prof. Meyer, was astonished once in the middle of giving a keynote presentation when somebody in the Netflix audience interrupted to advise how to improve the talk. And she again found herself routinely receiving feedback as she researched the book.

Feedback, of course, is not easy. So employees are taught the right and wrong ways. They must aim to assist. The feedback must be actionable – something others can immediately put to use. Recipients must show appreciation – listening attentively rather than defensively, and showing thanks. But they are not required to follow the feedback. That’s up to the recipient.

With that framework – talented people, improving through feedback – Mr. Hastings argues companies must remove controls. He started by getting rid of rules on vacations. If you don’t count the extra hours creative people put in, don’t count the time they take off. But make sure you model the value of taking ample vacation time since not having a policy will mean subordinates will be afraid to take time for themselves.

Mr. Hastings calls the approach “freedom and responsibility.” He also eliminated other rules, including travel and expense approvals. The initial guideline was to spend money “as if it were your own” but that revealed dramatically different approaches by staff. The rule became: Act in Netflix’s best interest.

That deepened into more decision-making authority, but it also required individuals to understand the context for their decisions. Take the dilemma over Icarus, the film rights that Adam Del Deo, then director of original documentary, was pursuing at the 2017 Sundance Film Festival. He had been initially outbid and was pondering going higher, to US$3.5 or US$4 million – more than any other documentary had drawn.

But when he asked his boss, Ted Sarandos, he initially didn’t get an answer. After Mr. Dio pressed harder, the boss replied: “Listen, it doesn’t matter what I think. You’re the doc guy, not me. We pay you to make these decisions. But ask yourself if it’s ‘The One.’ Is it going to be a massive hit?”

Context message: If so, bid high; it not, drop out. It was a huge success and Mr Dio did follow his instinct and win the rights. The incident is an example of what Netflix calls “leading with context not control.” It doesn’t always work out that glamorously but there is a realization mistakes will happen – and talented people will learn from them.

At the same time, it’s a high performance culture with high expectations in an ever-changing industry. Mr. Hasting says Netflix is not a family, where you are a member for life. It’s like a professional sports team, where you are recruited for your talent but if that seems to wane, or somebody better comes along, or requirements for your position change you will be replaced. And the reasons will be candidly shared with your ex-colleagues.

Clearly it’s not a place everyone would want to work or every company can emulate. But it’s what works for Netflix, and worth comparing to your own situation. 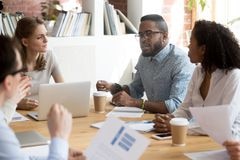 Why you should focus on recruiting ‘star’ performers, not ‘solid’ ones
Subscriber content
August 23, 2020 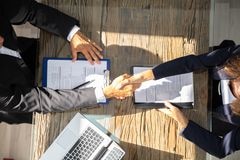