I thought Jeffrey Pfeffer’s latest book would create more of a stir. The Stanford University professor, whose books are always richly researched, looks in Dying for a Paycheck at how modern management harms employee health.

Maybe it was seen as just another management book by a management writer, so not worthy of broader discussion. And many managers, of course, would be unnerved by, if not recoil at, his thesis and powerful arguments. But maybe we have to face up to his facts.

I was reminded of the book when I came across an article in Harvard Business Review by Andrew Rundle, a professor of epidemiology, on how bad that business travel is for your health. Road warriors beware: Compared with those who spent one to six nights a month away from home for business travel, those who spent 14 or more nights away from home a month had significantly higher body mass index scores and were significantly more likely to report poor self-rated health; clinical symptoms of anxiety, depression and alcohol dependence; no physical activity or exercise; smoking; and trouble sleeping. He found the odds of being obese were 92 per cent higher for those who travelled 21 or more nights a month compared with those who travelled only one to six nights a month. That much-travelled group also had higher diastolic blood pressure and lower high-density lipoprotein, the good cholesterol.

Maybe they aren’t dying for their paycheque. But they are inviting poorer health for it. Most of us are also familiar with the health impacts of shift work. It can have a staggering impact on our body, as those of us who have endured it can testify. But our hospitals, police forces, hotels and often factories require around-the-clock attendance. They buy the workers off, with a premium.

But over the past century, slowly, prodded by unions and reform activists, governments created some oversight for manual and blue-collar work. Not so for white-collar jobs.

Mr. Pfeffer begins with this warning: “You don’t have to work in a coal mine, or an oil rig, in a chemical plant, or in construction to face a possibly toxic, health-destroying workplace. In today’s work world, white-collar jobs are often as stressful and unhealthful as manual labour or blue-collar work – frequently more so.”

Your local emergency room might have extra staffing, for example, on Monday mornings. That’s because people are more likely to have heart attacks on Monday mornings than at any other time of the week. Perhaps it has something to do with the fact that, aside from those who are “lucky” enough to have shifts, that’s the start of the work week.

We know about stress at work, and its impact. What about stress and non-work – the precarious workplace, offering maximum flexibility for management and little security for the workforce. There is lots of evidence linking precarious employment to deterioration in health and safety, Mr. Pfeffer reports.

It goes on and on. He says that as a society we are concerned about the physical environment, yet largely indifferent about what “companies do to the social environment, to the human beings who work for them.” It’s a management book, and his appeal to managers is to realize that employers also suffer, "because toxic management practices and unhealthy workplaces do not improve organizational profitability or performance. On the contrary, unhealthy workplaces diminish employee engagement, increase turnover, and reduce job performance, even as they drive up health insurance and health-care costs. All too many workplaces have management practices that serve neither the interests of employees nor their employers, truly a lose-lose situation.”

That’s arguably true, but yada, yada, yada. Managers have more pressing, overriding concerns. It’s difficult if you are operating in a company designed to satisfy the market – produce higher and higher profits – to convince others to buy his argument. But perhaps in some small ways you can make a dent – think about those road warriors, for example.

Significant reform may have to start with those who own their own company – and early-start entrepreneurs tend to put employees through a killing pace, so it has to come later in their corporate “life cycle.” Starbucks has health benefits because founder Howard Schultz did not like what happened to his father without them, and, as owner, he could act on his values. Beyond that, academics have a role to play in highlighting the issue, and all of us, as citizens, can encourage governments to pay concern to white-collar work.

Entrepreneurs: Can you really take the afternoon off?
Subscriber content
July 21, 2018 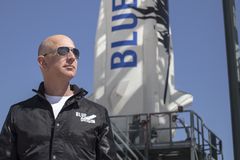 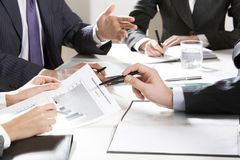