Last spring, with a recession considered due or overdue by many economy watchers, Walter Frick, an editor with Quartz and former editor with Harvard Business Review, decided to look at research into companies that have survived and thrived after a recession.

We aren’t formally in a recession yet – that requires two consecutive quarters of negative income growth – but our economy is stalled, with Depression-level unemployment, and at best we are in a severe downturn where business leaders might apply sound lessons from the past.

Mr. Frick started with a study in 2010 looking at three previous recessions – 1980, 1990, and 2000 – that found 17 per cent of the 4,700 public companies investigated fared particularly badly, going bankrupt, shifting to private or being acquired. But he notes in his report for Harvard Business Review that 9 per cent flourished, outperforming competitors by at least 10 per cent in sales and profit growth – a similar number to the 10 per cent Bain & Co. found in studying the 2008 Great Recession.

A key factor was being prepared for bad times. At its core, Harvard Business School professor Rebecca Henderson points out, this involves deleveraging before a downturn so you don’t run out of money when sales fall. Perhaps you read that article – or sensed a recession was due by the time cycles (1980, 1990, 2000, 2008) – and prepared, although even then the abruptness of this downturn may have thrown you for a loop.

Decision-making is important but in an unexpected way. According to a 2017 study, companies that decentralized decision-making fared better, which goes against the tendency to centralize in panic or to make the tough decisions. Harvard’s Raffaella Sadun explained that by delegating decisions further down the hierarchy the companies were better able to adjust to changing conditions locally or in their functional area. So think carefully about your organizational structure and match decisions with expertise.

Another lesson is to look beyond layoffs. Yes, they may be required – may have happened already – but companies that emerged from recessions in the strongest shape relied less on layoffs to cut costs and leaned more on operational improvements, the 2010 study found.

“That’s because layoffs aren’t just harmful to workers; they’re costly for companies, too. Hiring and training are expensive so companies prefer not to have to rehire when the economy picks back up, particularly if they think the downturn will be brief. Layoffs can also hurt morale, dampening productivity at a time when companies can ill afford it,” Mr. Frick writes.

Alternatives to consider: hour reductions, furloughs and other leaves of absence, and performance pay.

One study found that downsizing a work force by 1 per cent leads to a 31-per-cent increase in voluntary turnover the next year. A 2018 article in Harvard Business Review pointed out that after the dot-com bubble burst and the economy declined, Honeywell laid off nearly 20 per cent of its work force and struggled to recover in the downturn. However, it emerged better from the 2008 downturn and well ahead of competitors by furloughing employees for one to five weeks and providing unpaid or partially compensated leaves, depending on local labour regulations.

David Cote, chief executive officer of Honeywell at the time, says in his new book, Winning Now, Winning Later, that you must protect customers in downturns. Good times will return, and just as you must prepare for recessions, you must prepare for the recovery. “That meant, first of all, that we wouldn’t cut costs in ways detrimental to customers. Once customers flee, they’re hard to get back,” he writes.

He felt the entire burden of the economic decline should not be put on investors and opted for furloughs of staff. But they are tricky because they share the hit to the pocketbook and accompanying angst among everyone.

“I came to suspect that if we put furloughs to a public vote, the vast majority of employees would vote for them, since they wouldn’t want to look heartless in front of their colleagues. But if we put it to an anonymous vote, they would support layoffs, figuring they were strong performers and hence not likely to be among the unfortunate 10 per cent,” he notes.

His company went through four rounds of furloughs and he says you must be firm, as people working for you (rather than people no longer working for you) experience pain and rebel.

You may have already violated some of the principles those experts recommend, although some companies that have laid everyone off arguably have been really doing furloughs – their messaging and empathy may prove critical. But consider the advice as you continue to grapple with this unusual, powerful and perhaps prolonged downturn.

Should business owners have been better prepared for the pandemic?
Subscriber content
April 11, 2020 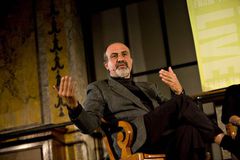 Opinion
How to take advantage of opportunities during the coronavirus crisis
April 13, 2020 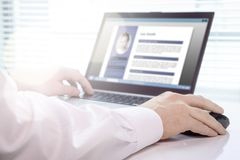