Coronavirus information
The Zero Canada Project provides resources to help you make the most of staying home.
Visit the hub
Harvey Schachter
Special to The Globe and Mail
Published May 30, 2020 Updated May 30, 2020
For Subscribers

One of the best management tools – even if we don’t normally view it as a management technique – is Maslow’s hierarchy of needs. It helps with employee motivation as well as sophisticated marketing to sentiments. And it has a lot to offer in this unsettling time.

The brainchild of American psychologist Abraham Maslow, it suggests human needs start from a pyramid base of physiological needs and rise successively through the needs for safety, belonging and love, and esteem, until reaching self-actualization at the apex. Each need must be met to attain the next.

In recent years, much of management advice has been aimed at the top of the Maslow ladder. Managers have been told to focus on purpose to encourage their staff and consumers, the lower needs presumably being reasonably or plentifully satisfied. But it turns out those of us who saw Maslow’s theory as a one directional ladder, from bottom to top, missed the fact it’s actually like Snakes and Ladders. And we have now slid down through the many rungs to the bottom of the board.

Money and safety are again critical. Many people are unemployed, and will be less eager to pay for goods promising self-actualization. They will want safety should they seek your product or service, as will, of course, your employees serving them.

I saw something from futurist Jim Carroll on pandemic recovery: “You won’t get ahead by being small and timid when the biggest, boldest challenges are occurring all around you.” I tend to be more timid, but after thought, realized such advice may be needed for those us clinging to caution as we collectively regroup. Mr. Carroll offers his own ladder: Think big. Start small. Scale fast.

I can accept the first two steps in his formula. I’d urge you, however, not to rush. Spend lots of time on thinking small – in particular, the lowest levels of Maslow’s hierarchy before rushing back to the summit. Don’t make physiological and safety needs the flavour of the month. Make them the essence of your reconstructed organization. Compete to be the best at them.

Edward Hess, a professor of business administration at the University of Virginia, says instead of just focusing on the “what” of growing your business you need to fixate on the “how” – how you will keep things safe. “If you want the highest level of human performance that is possible under the current circumstances when you bring your people back to work, your people will need to feel you are doing everything possible to make the workplace physically safe for them. Physical safety in this environment is necessary for people to feel psychologically safe. You have to doing everything you can do to mitigate fear and anxiety about physical safety,” he writes in Chief Executive.

Consultant Joseph Grenny says the situation calls for 200 per cent accountability. That means not only is each employee 100 per cent accountable for following the standard but they are also 100 per cent accountable for enforcing the standard with everyone around them – regardless of level or position. “The other day, I was at a workplace that had instituted social distancing. And yet, within a few minutes, I saw numerous violations of the norm – people standing inches from one another, shaking hands, touching a colleague’s arm, etc. I could tell the recipients of these touches felt uncomfortable. But they said nothing. Especially if the violator had higher social status than they,” he writes on his consultancy’s blog.

Double-sided accountability would be difficult to instill at any time – a formidable challenge for a leader. But it’s tougher now as we face a political divide that consulting firm RHR International found CEOs very concerned about. “Decisions about safety become more complicated when you factor in that some will get angry if you don’t require protective masks, while others will be offended if you do,” RHR senior partner Joanna Starek noted. And while that divide is starkly inflamed and making headlines in the politically polarized United States these days, it exists to some extent in our own country.

Many people are equating safety with digital purchases and delivery to the door or curbside pickup. McKinsey & Co. found 75 per cent of people using digital channels for the first time during the pandemic indicate that they will continue to use them when things return to normal. “Companies will need to ensure that their digital channels are on par with or better than those of their competition to succeed in this new environment,” a team of their consultants wrote in a recent report.

That sounds modern, catching the next wave. But it’s also as old as Maslow’s theory. People want their basic needs met, safely and at low cost.

We should remember that consumers control the narrative
Subscriber content
May 26, 2020 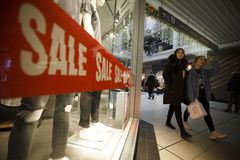 As we return to offices, ‘loose-tight’ is the practice to pay attention to
Subscriber content
May 16, 2020 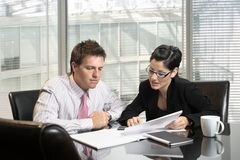 When it comes to leadership, should you hit the ground running or move more slowly?
Subscriber content
May 9, 2020 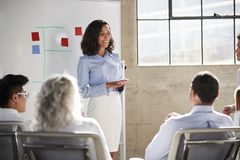