Jack Welch presided over one of the most celebrated CEO succession races before stepping down from the helm at General Electric in 2001. Over six years, possible candidates were winnowed down to three who were thrown different challenges to show their stuff. As the decision neared, in an unusual move, the three candidates were assigned successors who would take over the subsidiaries they each ran, since it was expected the two runners-up would quickly leave the organization. And that’s what happened, with Jeffrey Immelt getting the job while James McNerney and Robert Nardelli took chief executive officer posts elsewhere.

It seemed brilliantly stage-managed, down to the touch of having the successors in place for the two losers. At the same time, I remember wondering why it couldn’t be arranged that they stay as a team in some way and take GE to greater heights together. But the three men were all extremely hot commodities – indeed, many top GE execs were being scooped up by outside firms – and once the desire to become a CEO strikes, it can be hard to accept anything less.

That came to mind recently when I was reading about quite a different race at The New York Times, where three cousins were under consideration to become publisher: Arthur Gregg Sulzberger, Sam Dolnick and David Perpich. But the result was less divisive. Mr. Sulzberger was named to the post in 2018 while the runners-up swallowed the rebuff and blow to ego, staying to play prominent roles in steering the paper through the digital storm.

Maybe that’s because of the paper’s history of ownership by their family. Perhaps the outside opportunities were not all that grand. Mr. Perpich told Brown Alumni Magazine, “We all have similar values, but very different skill sets. So we knew, however this shook out, there was a role for each of us to play.”

In an important factor, the three determined the winner would have the support of the others, a classy move that many CEO struggles – including GE after Mr. Welch – conspicuously lack. By prearrangement, when they were told about the decision, the three went out that evening for drinks. The magazine reports Mr. Dolnick told his triumphant cousin the next day they would attend the vital Page One meeting the next day, sit on either side of him and, before he uttered a word, they would stand up and explain why he was the better pick.

Rivalries for promotions – not just in the exalted CEO suite, but at all levels – can be highly competitive and acrimonious. Onlookers get swept up by the excitement, the personalities and the possible impact on their own career. Indeed, sometimes subordinates can act more mischievously than the contenders.

I remember an analogous situation in my teens when I was in an election contest for president of a youth group with two close friends. We had worked alongside each other, had different skills to offer, but were determined to not let this competition break up our friendship. Most nights, as well as talking to our campaign managers, we would talk to each other, and often find people feeding us less that truthful statements of support. At the climactic convention, first evening, one person told not just me but also one of my opponents we had his support, not realizing the other contestant would know immediately. For the rest of the convention, we made sure we were always side-by-side, to end that nonsense.

Signe Spencer, senior client research partner at management consultancy Korn Ferry, in an article on the firm’s web site about these battles, says a well-thought out succession plan should include finding out what types of roles internal candidates may like to play if they lose out on the top spot. The succession committee can learn about each candidate’s personality and talk to them about what they can uniquely contribute.

The Korn Ferry report notes that “a CEO contest can create personal rifts between candidates and other senior leaders, divides that aren’t easily repaired. Or runner-up candidates may just not agree with the strategic vision of the winner. In these cases, experts say it’s OK to let the losing candidates find new roles somewhere else.”

But we like to call the people at work colleagues. And colleagues should be able to work together before, during and after a bruising promotional battle. Boards of directors have to consider this when they launch succession searches. But the rest of us have to keep this mind when we find ourselves in – or watching – a battle for a promotion, rather than feasting on the gossip it can too easily provide.

Why we cover medical cannabis: One employer’s story
September 13, 2019 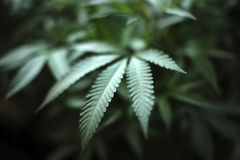 Finding traction in a world of distraction
Subscriber content
September 11, 2019 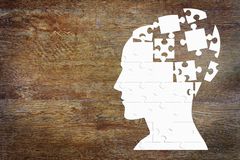 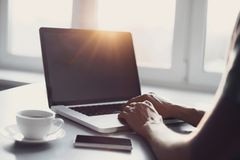