Harvey Schachter
Special to The Globe and Mail
Includes correction
Published May 1, 2021 Updated May 3, 2021
For Subscribers
Comments
Text Size

It has been common to hear that countries led by women have fared better in the pandemic than those led by men and some research backs that contention. Of course, the pandemic has also reminded us to beware of early studies on an issue and wait for more information. This is not an area where controlled studies are possible and given differences in the makeup of countries it’s unlikely we will know for certain. But one thing I’m sure of is that life at the helm has not been getting much easier for those women. Sexism still reigns.

Julia Gillard, the former prime minister of Australia famed for her takedown of the male opposition leader in what is widely known as “The Misogyny Speech,” says “the longer I served as prime minister, the more shrill the sexism became. Inevitably governments have to make tough decisions that some people like and others hate. That is certainly true of the government I led. What was different was that the go-to weapon in hard political debates became the kind of insults that only get hurled at a woman. That emerged as a trend alongside what was already a highly gendered lens for viewing my prime ministership. Every negative stereotype you can imagine – witch, slut, fat, ugly, child-hating, menopausal – all played out.”

That’s from the foreword of an unusual new book in which she and Ngozi Okonjo-Iweala, director-general of the World Trade Organization, interviewed eight female political leaders – the best known being Jacinda Ardern, the New Zealand Prime Minister applauded for her pandemic stewardship; former senator and presidential candidate Hillary Clinton; and former British prime minister Theresa May.

The two authors deflect the notion of whether there is a woman’s style of leadership based on inherent, biologically determined differences between how men and women lead. Instead, they believe that to the extent there are variations, those arise because at every stage of life men and women are socialized and stereotyped differently.

They point to the March, 2019 Vanity Fair cover photo of Beto O’Rourke with the bold declaration about the presidential race he was entering, “Man, I’m just born to be in it.” Women aren’t. They lack that confidence and ambition. “Looking at our women leaders, none have clearly stated, ‘I sought power, I wanted it, I fought for it, I got it,’” the authors note. “Instead, our interviewees speak of being asked, of opportunities that came because of crisis, of thinking they would put their name forward only because they were certain someone else would swoop in and get the job.”

A key to a woman becoming a leader is a childhood in which she is taught she is not lesser than the boys and should aim high. They note research has shown that when asked what they want to be when they grow up, girls were less likely to confine their answers to stereotypically female occupations if they had a father who not only said he believed in a more equal distribution of domestic labour but actually did more tasks at home. “A family that creates the kind of free-from-gender-limits environment our women leaders grew up in will be empowering her to be a leader,” they write.

For women, leadership is disproportionately interlinked with appearance. Men have a fairly standard work uniform as Barack Obama exemplified by not even varying the colour of his suits – almost always gray, to spare himself one daily decision. But there is less standardization for women and particularly for those in the public eye the lack of a uniform means more time and energy goes into working out what to have in their wardrobe and what to wear each day.

And it’s not just clothes; the interviewees talked fervently about the need for a handy, easy, acceptable solution for their hair and makeup. Ms. Clinton told them: “In the presidential election, if you conservatively say I spent an hour a day for hair and make-up, that’s an hour that a male candidate didn’t have to spend and it added up to 24 days. It’s absurd! Twenty-four days out of my campaign were spent getting ready to go campaign.” This is less true in the average workplace, but still a factor.

Character is more likely to be inferred from clothing and appearance for women than men. Ms. Clinton came of age when women were expected not to wear sleeveless or low-cut dresses. “Maybe, looking back, it was silly, but we wore skirt suits with white blouses, with little ribbons tied around the neck like it was a phoney little necktie. But that’s what you did because you knew that you had to in order to be accepted as a professional,” she says. “I think some of the emphasis on how women look is loosening up a little bit. But there is still an inordinate amount of attention that is paid. Part of the strategy to cope is that you just get a look. In my case I started wearing pantsuits. Same hair most of the time, the same kind of make-up, and then they stop talking about it.”

Again, this plays out in most workplace. So does the even more crucial fact that in the style they exhibited as leaders, the interviewees were aware of the gender issues they faced and self-limited their behaviours. If female leaders are superior in government or elsewhere, we still face many barriers to having them at the helm.

Editor’s note: (May 3, 2021): An earlier version of this article misspelled Julia Gillard's name. 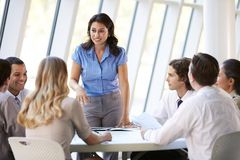 How to handle your nervous energy
Subscriber content
April 29, 2021 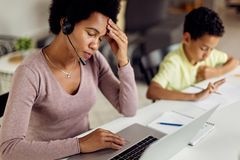 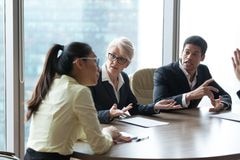