Over the past two and a half years, consultant Claire Lew has interviewed 49 leaders for her Know Your Team podcast. She recently sat back and distilled seven lessons for leaders – good ones – from those years.

Her list starts with telling you to stop doing what you’re good at. This counterintuitive notion traces back to her interview with Peldi Guilizzoni, chief executive of user interface specialist Balsamiq, who argues doing what you’re best at hurts your team. Essentially, you create a dependency on you always being at hand, and your team can never be self-sustainable or perform at the highest level if you’re the one always doing the things you’re good at. Ms. Lew now asks herself when doing something she is good at whether she is just feeding her own ego.

We usually face this issue in our first try at supervision, wanting to cling to whatever skill we handled as a subordinate that we should now hand to our own subordinates. But that happens at all levels of leadership, as people fear taking on new responsibilities they may not be good at and prefer to excel at the previous role’s requirements. They also worry their staff can’t do things as well as they can. Instead, hand off tasks to your staff. The better you are at things they can do – or can learn to do – the greater your obligation to hand off those items. Develop instead of do.

Her second bit of advice is: “Step back. Take stock.” Natalie Nagele, CEO of Wildbit, a Philadelphia-based software company, says regularly distancing yourself from problems can help you solve them better later on.

There is enormous pressure to solve everything immediately. When a production line breaks down or some other crisis arises, yes, we have to act quickly. But sometimes stepping back allows for a better understanding of the problem. It permits more people to participate in the solution, and provides a helpful distance from the emotions and narrowing of mind that an immediate problem can encourage.

Her seventh lesson echoes this a bit: If you’re busy as a leader, you’re doing it wrong. Many leaders are high-octane. They crave busyness. They are bored when not busy. So they meddle rather than think. I helped Ole Ingstrup, federal commissioner of corrections, with the book The Three Pillars of Management, written with his colleague Paul Crookall. Mr. Ingstrup was classified as a deputy minister and shocked me when he declared, “The best position for a deputy minister is with his feet on the desk.” He took Fridays off to think. If, like me, you can’t do that, maybe you’re missing some crucial leadership skill.

In that vein of slow and deliberate comes a simple (but difficult) guideline from another list, the eight behaviours of the best managers, compiled by the Gallup organization from the finalists of their annual Manager of the Year award. They suggest you commit to one meaningful conversation a week with each team member. That’s not exactly commonplace. Gallup research suggests only 20 per cent of U.S. employees strongly agree that they have had a conversation with their manager in the past six months about the steps they can take to reach their goals.

The reasons for this lack of discussion extend beyond busyness, of course. Many managers are afraid of such conversations, which might force them to hold the other person accountable or to say something unpleasant, as Patrick Lencioni discusses in his book The Motive. They also worry that the other person might voice disagreement with current activities or suggest changes, which can be viewed as a burden. But other ideas on the Gallup list celebrate candour and openness to new ideas. So commit to one meaningful conversation – not one quick meeting – a week with each team member.

Also on the Gallup list is, make your number one job the development of new stars. “Bad managers focus on the past – what can’t be changed. Average managers focus on the present – the issue at hand. But the best managers focus on the future – what does future success look like?” the organization notes. By that score, are you bad, average or good? Worry about succession planning, promotions and developing others, which ties back to the first item on Ms. Lew’s list: Stop doing what you’re good at and hand it off to others.

None of that adds up to a system for management. But together, Ms. Lew and Gallup offer us some ideas and habits that might help in the difficult task of managing. 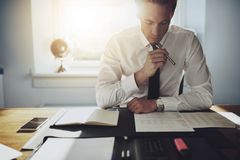 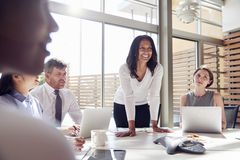 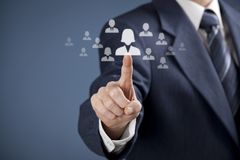