Four years ago, Erik McKoy inadvertently found himself a role model for coming out as transgender to his colleagues at the Bank of Nova Scotia.

“We didn’t have guidelines; it was still so new to everybody,” he says. This summer, he is celebrating another breakthrough – extended benefits to pay for gender affirmation procedures not covered by provincial health plans.

For the trans community, “this is really big,” says Mr. McKoy, who trains new employees at the bank’s contact centre in Ottawa and advocates for LGBT (lesbian, gay, bisexual, transgender) employees as a member of the Pride employee resource group.

In the employee benefit realm, gender affirmation coverage is leading edge. The Bank of Nova Scotia is now one of a handful of Canadian companies to include rhinoplasty, electrolysis, voice training, and other procedures to enhance feminine or masculine features.

Historically, these procedures have been deemed cosmetic, and therefore not covered, “but we know in our consultations with the trans community how important, and costly, these procedures can be in becoming your true self,” says Dominic Cole-Morgan, senior vice-president for total rewards at Scotiabank.

Other organizations have also realized that if they want to be truly inclusive, the needs of LGBT employees must be given equal weight in diversity, equity and inclusion initiatives, Mr. Cole-Morgan says.

In June, as part of its commitment to “zero barriers to inclusion” by 2025, BMO Financial Group launched an “allyship training program” spearheaded by the BMO Pride employee resource group. The bank has also committed to increasing the representation of LGBTQ2+ (LGBT, queer/questioning and two-spirited) people in its workforce over the next five years.

The allyship program “is a great first step for those who want to be supportive of their LGBTQ2+ colleagues and don’t know where to start or what to do,” says Paul Noble, senior vice-president and chief legal and compliance officer at BMO Capital Markets. There is also course content for those who already consider themselves allies and want to strengthen their abilities to support and stand up for others, Mr. Noble, who is also executive sponsor of BMO Pride, said in an interview.

“When we think of creating an inclusive work environment, allies are a huge part of that because they support diversity of views, experiences and opinions . . . and often are the most effective and powerful voices for others who may not be as well heard.”

Transgender employees often find themselves misunderstood and marginalized in the workplace, says Mr. McKoy, who recalls being terrified at the prospect of approaching his manager about transitioning. Much to his relief, the response was “what do you need, what can we help you with, where do you want us to step in?”

“To my knowledge, I was one of the first people to come out and share their journey with Scotiabank as a trans man and . . . I became [the model] of what coming out would look like at work,” said Mr. McKoy, who has documented the transition on his FaceBook page. His voice changed naturally because of hormone therapy and his top surgery was covered by the provincial health plan.

Feeling comfortable in your own body is enormously important, said Mr. McKoy, who might now qualify for other procedures, such as masculinization of his torso, under the new extended gender affirmation benefits.

Respecting the chosen names and preferred pronouns of employees and customers also advances the goals of equity and inclusion, says Mona Malone, BMO’s chief human resources officer and head of people and culture. BMO was the first bank to issue a “True Name” debit card that allows customers to use their chosen names on the front of the card without requiring a legal name change. The bank’s gender pronoun initiative encourages employees to include their preferred pronouns (she/her; he/him; they/them) alongside their names in e-mails and other correspondence – and to ask customers their pronoun preferences as well. “It’s such a strong way of showing inclusion and creating inclusive space,” Mr. Noble added.

This is especially appreciated by someone in transition, Mr. McKoy said. When you join a meeting where people have listed their pronouns beside their names, “it doesn’t matter how you look, it doesn’t matter what your voice sounds like, your pronouns are there and no one can make that mistake . . . you no longer have that dysphoric sensation [of being addressed in a form that you don’t identify with].”

Growing number of employers granting time off for workers to get COVID-19 vaccines
Subscriber content
April 23, 2021 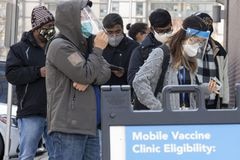 Which benefits and perks are here to stay post-pandemic?
Subscriber content
June 1, 2021 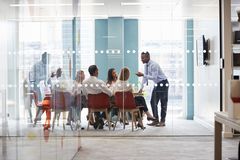