Memphis Mori, previously Memphis Cadeau, 26, owns Grim City Tattoo Club in Hamilton. Originally from Port Elizabeth, South Africa, she came to Canada with her family in 2001, when she was nine years old.

Why did your family come to Canada?

My mom owned a pie store and was robbed at gunpoint five times in two-and-a-half years. She was lucky to walk away with her life and at that point we were pushing our luck to go out at night. My dad owned a pharmacy and got an opportunity here; Walmart helped us immigrate. We lived in London, Ontario.

When did your interest in tattoos start?

Before immigrating, we went to England. My dad had to rewrite his exams [to be a Canadian pharmacist]. At [London’s] Tower Bridge, he took a photograph of this punk-rock kid with a green mohawk, bondage pants, face tattoos and piercings. Instantly, I became fascinated and wanted to be in tattooing. My family has always had my back and have been super-supportive.

You opened before Hamilton became a “hipster” hub?

I opened Life Won’t Wait [Tattoo and Body Modification] in 2014, meeting my husband [and tattoo artist] on grand opening night. We hit it off and got married about a month and a half later, merging our tattoo shops in his location, rebranding to Grim City. I ran the business; he focused on art and tattooing. He constantly told me I was strong. He did such a good job of believing in me that I started to believe in myself. Unfortunately, we’re divorcing.

Names and tattoos are often connected with identity. Was “Memphis Cadeau” your alias or his last name?

I was 21 when we got married. I made bad decisions, including changing my name. I’d never do it again, but getting married was definitely not a bad decision because we have two kids, one from my previous marriage.

You advise clients to avoid relationship names in the tattoo because who you are changes with age and experience.

Absolutely. I covered [my husband’s] initials on my wrist, but I still have our wedding date on my shoulder. I’ve got small joke tattoos we had together I’ll probably keep because they were part of my life.

Stick and pokes [a do-it-yourself tattoo trend] and temporary stick-ons also promote individuality – does not having any tattoos now show individuality?

Yeah, that’s a fair statement. At this point, it’s becoming so common to have tattoos, it’s almost weird to not have any. You used to get judged for having tattoos. Now, it’s weird when you do get judged, because even having so many face tattoos, people don’t really bat an eyelid toward me much any more. It’s nice it has gotten to that point.

What won’t the shop do?

We won’t tattoo hands, necks or faces unless people already have those. We’ll never do anything gang- or race-related or if we feel uncomfortable in any way. If we feel the person’s not honest with why they’re getting it, if we think it might be a boyfriend’s name, we usually refuse.

We did for about six months. Unfortunately, the machine broke down a few times and it’s extremely expensive to fix. We bought the best new machine we could, $270,000, through financing, from a third-party company which disappeared, so we can’t sue. Now, we’re stuck with a defective machine we’re paying for that we can’t get fixed. We should’ve been more careful, but weren’t.

Do what you love and the money will follow. No matter how hard it is, no matter how scared you are, just do it. Someone asked me, “Would you rather be happy or right?" That changed the way I run my business and raise my kids. I was just riding the wave and here I am … [with] 8,000 square feet. If you would’ve told me 12 years ago that tattooing would be this profitable of a business, that it would be this accepted, or that I’d be running a shop with 20 staff, I’d have said you were insane.

Omid McDonald: ‘Everything I do is based on the past’
Subscriber content
October 21, 2019 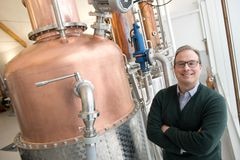 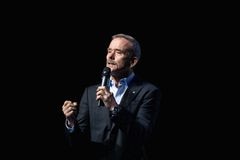 Wendy Williams: ‘I am more enlightened now (about) what a woman doesn’t need to accept’
Subscriber content
October 14, 2019 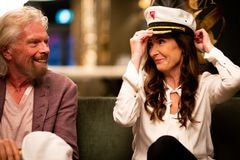