In her early years at the University of Redlands, Hideko Sera achieved a nearly identical record of teaching success and scholarly productivity as a male colleague hired at the same time. At one point, they were asked to share the dean of education’s position, and their collaboration worked well.

When it became time to rejoin the regular faculty, the institution’s president invited them to meet individually with him for a personal thank-you and to negotiate their new salaries. Her male colleague scheduled his meeting for a day before hers, and then immediately came to her office, wrote down the salary he had been offered, and told her that if she was offered more that was fine but she should not accept anything less. Sure enough, she was offered less, asked why, and in the end was bumped up.

That’s an unusual example of a male ally taking the initiative to help a female colleague. We need more of it if we are to make our workplaces fair and truly open to women. Men are the missing ingredient in gender equity, as David Smith, a professor at the U.S. Naval War College and Brad Johnson, a professor at the United States Naval Academy, observe in their new book, Good Guys: How Men Can Be Better Allies for Women in the Workplace.

They argue that gender inequities are not women’s issues; they are leadership issues. Framing them as women’s issues has given men a free pass. “Men need to get involved,” they write. “We need to learn to work together as gender partners and allies for each other.”

And while men have power that might be used to change the systems in the workplace that reinforce sexism – and should use it – the kind of actions also needed is the interpersonal allyship shown by Hideko Sera’s colleague.

It starts with sharpening your situational awareness and understanding the workplace dynamics that make it difficult for women to fully participate. Here are some questions Mr. Smith and Mr. Johnson suggest you ask:

Ask women about their experiences and learn from what they say. Don’t interrogate; ask gently. And give some context to why you ask. “Perhaps the only thing more averse for some guys than asking for directions is asking a woman for directions,” they note. “Here is the problem: Men don’t know what they don’t know about the experiences of women in the workplace.”

They urge you to own and strategically deploy your privilege. That notion of privilege can make men defensive, and you have worked hard to get where you are. But you had a tailwind that should be recognized, so now you can help those who didn’t have the same hidden assist. “Relinquishing power, sharing resources, calling out inequities and giving up the spotlight are all part of the job,” they stress. Embrace “decentering,” the idea that men tend to be at the centre of activity and attention in the workplace, so they should intentionally step out of that role to allow other perspectives to be fully seen and heard.

But don’t get into allyship to make yourself look better, to show how virtuous you are. It’s not about you. And that will mean seeking advice of women at key points. Indeed, they recommend finding at least one female colleague who will agree to be your gender confidant, holding you accountable for the way you interact with women and more generally express your allyship.

A key issue for women is that their contributions are not honoured – indeed, often their ideas are ignored at meetings or only celebrated when raised later by a man. Be sure to credit ideas to those who come up with them. Use your capital to direct attention to women. Encourage female colleagues to lead in their own way if that differs from the norm, likely more collaborative and less hierarchical. Reframe emotion as passion – tears, for example, are a sign of passion, not weakness. Finally, listen generously; that’s the No. 1 attribute women name for a male ally.

They ask you to consider establishing a community of like-minded men, to support each other in this endeavour and develop further. But don’t get carried away. They warn against even calling yourself an ally: “You are an ally for women when she calls you an ally and never before. Do the work. Listen, learn and ask how you can be an accomplice to gender-equity efforts. Let women decide how to frame your efforts.” 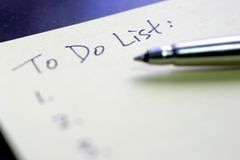 Which of these seven startup founder mindsets are you?
Subscriber content
November 12, 2020