Kevin Davis is an orthodontist and owner of Davis Orthodontics, which has nine offices in Southern Ontario.

I grew up in Thornhill, Ont., and played a lot of sports in high school – football, hockey and baseball. I think team sports are very important for learning how to function in a group: when to lead and when to follow, when to speak up, how to win and rebound after a loss.

My dad is an orthodontist, but there was never an emphasis by him or my mom to push me into doing that at all. Then in my late teens, I thought, ‘I like kids, I want to be my own boss and make my own kind of lifestyle. And that’s exactly what my dad does.’ My dad was home for dinner. We had time to spend as a family. That’s still a very important part of who I am, and he was a great role model for that.

I went to Harvard because they let me do my masters in health care management. At Harvard, I learned to think like a consumer, not like a doctor. Back when I was in school, most health care offices were set up for the benefit of the practitioners, not the patients: hospital gowns opening up in the back, sliding windows between the receptionists and the patients. So when I graduated, I set up our clinic to be very different than that – much more people-friendly. We had a coffee bar, video games and courtesy phones. Those things are common now, but they were rare at the time.

When I [joined my dad’s company], he had five employees. We have 100 now and nine offices. I have focused on taking over practices that are a good cultural match, rather than fast growth for the sake of the fast growth. The selling doctor is able to maintain their legacy, something important to me and obviously important to them. It hasn’t been like a quick, ‘Boot them out the door;’ it’s them sticking around for a couple of years to introduce me and our systems to the community. Each office has a home doctor and a dedicated staff, and I rotate between all the offices. Patients benefit by getting at least two doctors’ opinions on critical treatment decisions, so it’s like a built-in second opinion.

To build a motivated, happy work force, it takes trust and it takes genuine gratitude. If there is one thing that I can tag my success onto, it’s that we’ve attracted and maintained a real group of experts. I think it’s known in the industry that we take good care of our staff. If you take care of your staff, they’ll take care of your customers. And you’ll also attract the best players for the team.

My advice to other business owners is, ‘Don’t be greedy.’ Attract smart people around you and listen to them. Learn from your mistakes. And don’t rush. Rome wasn’t built in a day. If you go at a pace that is doable, then you’ll make good decisions and fewer poor decisions.

Also, leave time for yourself outside of work, so that you have a good balance. I try to do that and I want that for my staff as well. I coach baseball and hockey. I like adventure travel, and with my family we’ve done some very unique kinds of trips, like an underwater hotel in Florida where you had to scuba dive to your room.

My parents taught me the importance of giving back to the community. So we made it mandatory that the staff donates two days a year to doing some kind of charitable work. As an organization, we do charitable activities. We’ve donated to local homeless shelters. We adopted a road, so we’ve done road cleanup. We’ve sponsored all the nine-year-old teams in Richmond Hill, Newmarket and Hamilton soccer leagues.

One of the nicest things we’ve done is called Million Dollar Smiles, where we build playgrounds for children with terminal illnesses. It’s unbelievably fulfilling. And many years ago, I was asked to join a group of dentists and hygienists who travel to Central and South America to pull teeth in communities that otherwise have no access to dentists. So we’ve done that six times. Usually in a week’s time, we help between 1,000-2,000 people, between pulling teeth and doing fillings.

We’re a very close-knit group at Davis Orthodontics. We work together during the day, but we do the charitable things together also. [My staff] sees that I’m the same as them, so it definitely levels the playing field, and brings us closer together. 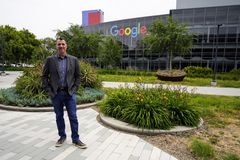 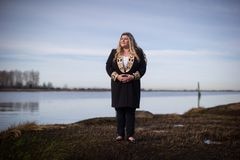 Paula Poirier on why treating people the way you want to be treated is the best way to find solutions to problems
Subscriber content
July 1, 2018 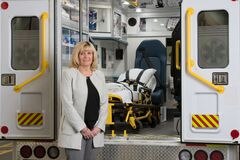