Patrick Lor, 50, is a managing partner of Panache Ventures in Calgary and Montreal. He co-founded iStockphoto and is a former president of Fotolia North America.

Every time I go to Vancouver or San Francisco, somewhere warm, there’s a massive desire to not be in Calgary’s -20 weather and snow. But it comes down to home – it’s super comfortable. You have friends, family – know where the great restaurants are.

I’ve come to love part of the business attitude here, more creation than managing. Once you’re into third- and fourth-generation wealth you become a manager. Massive pools of money are managed in Eastern Canada, whereas here, even second-generation, it’s still a creation attitude.

I was born in Hong Kong, my parents immigrated when I was 5. I’ve vivid memories as a seven-year-old, things I view as serendipitous. My parents were skilled but didn’t have English abilities, had to take factory jobs in Vancouver. We packed everything in the car and drove to Toronto.

The first day at school, I ran into a swing set’s A-frame and broke my leg. My mom said, ‘We can’t live here, it’s horrible luck.’ We packed and drove west, to Vulcan, Alta. I struggled. I was different, picked on because I was nerdy. You adapt; become a bit funnier or learn to work into certain circles.

My degree was an artifact of my parents’ expectation. I was brought up in an Asian culture to be an engineer, doctor or lawyer. I started university in sciences, almost got kicked out – a 1.58 GPA.

It turns out transferring to sociology I developed thinking skills, writing, logical argument skills I still use. We had Apple Macintosh. At that time, artists didn’t know how to use computers.

I got a designer job at the City of Calgary, mentored by this fantastic woman. Cindy [Pickett] gave us so much freedom. The combination of her belief in our abilities, curiosity and computer capabilities coalesced in workflow magic. Once I started working, I found traction, understood my skillset, where I could add value.

I was being told I was a great execution guy, but I’d never be handed the keys to strategy. My MBA filled that gap, transformational in my attitude to be the contributor I wanted and a better communicator.

An Adobe colleague, Bruce Livingston, starting a little thing called iStockphoto with 50,000 photos on CD-ROMs, asked me to work for a chunk of the company. I helped add strategic and business thinking.

I feel very fortunate, being in the right place at the right time, taking advantage of opportunities. The first part of your career is proving and trying to understand yourself, wandering through the woods. Then, the world’s seen a bit of your track record and brings opportunities to you. Fotolia found me.

Panache is diving in deep with entrepreneurs, supporting them in a big way – and early. We’re going to invest in more than 140 companies, typically less than 10 employees, valuation as low as $2-million when they still have a lot to figure out. That’s where I and some partners started, creating multimillion-dollar businesses.

Men have always been given more access than women. There are very few 100-per-cent qualified candidates for any position, but we’ve allowed semi-qualified males to come into positions and learn; let semi-qualified females in and let them learn. Somebody gave me the benefit of doubt, allowed me to learn on the job and make mistakes. We’re changing that access, giving women equal opportunities in our hiring and investment practices.

We’ve been through highs and lows – all the partners – we take an empathetic approach. We genuinely try to be helpful to entrepreneurs, provide introductions, a little coaching. For us, this is such a passion. I look at a person’s ability to be likeable, within the first five minutes. You do the analysis but when it comes to writing cheques, it’s a relationship built on trust and rapport.

Treana Peake on marrying her passions for design and philanthropy
April 9, 2018 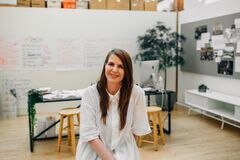 Roberto Menendez on facing poverty and being a pragmatic idealist
April 2, 2018 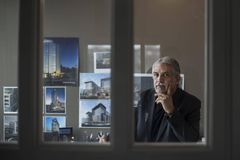 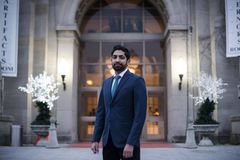