Four months into pandemic management – steering your organization or unit through unprecedented times – it’s an ideal time to pause and reflect before the swirl of the next few months sucks us in. Everyone’s situation is different, but here is an eclectic list of ideas to assist your thinking.

Have you booked your vacation? It may be you already had a forced one as operations shut down, but if you have been fully engaged without a break, don’t be a martyr. Take time off, and use it to rejuvenate. If your normal summer vacation involved exotic travel, consider how you can get away mentally without physically getting away. And insist your staff do the same. One year when I was leading a difficult project, my boss threw me out of the office for a week in the summer. Smart guy.

The uncertainty around child care and schools in September has to be weighing on the mind of everyone working with you who has young children. In some ways, March to June was easier as it was clear: Everything in most jurisdictions shut down. Now the daily schedule for children may be staggered in odd ways, with parents having to cope. Talk with those affected to consider how you can help.

The military quickly regroups after a battlefield skirmish to review what happened. It’s not as if the next battle will be the same, but it helps to seek lessons that might inform future actions. If you haven’t tried this technique, now is a good time. The four questions used are: What did we intend to have happen, what actually happened, what caused the difference and what can we learn? Eric McNulty, associate director of the National Preparedness Leadership Initiative in the United States, offered these alternative prompts for reflection in Strategy + Business: When were we at our best? What did we anticipate well and what surprised us? What will we do differently going forward?

A time for change

A lot of consultants and strategists are calling for companies to use this period as an opportunity for bold, disruptive change. I'm more cautious, inclined to avoid risk in risky times. First do no harm, to borrow a guiding medical framework for this epidemic-induced recession. But if your back is against the wall, your business model shattered by COVID-19 changes, wholesale change may seem the least risky option.

Bain & Co.’s Chris Zook found that moving beyond the organization’s core operations to some new adjacent area was often the cause of business failure, rather than a saviour. To avoid failure, he advised checking whether the adjacency and your current operations share or don’t share the same customers, competitors, cost structure, channels of distribution, and what he calls “singular capacity” – the brand, asset or technology that gives the core business its uniqueness. Count one point each time there is a difference between the core and adjacency on one of those five dimensions. “We found that the odds of success declined precipitously as an adjacency moved two of more steps away from the core business’s greatest strengths,” he wrote in Beyond the Core.

Two academics – Michael Greiner and Scott Julian – studied the 2008 recession and found those companies seeking to differentiate themselves on factors such as quality and service were significantly more likely to suffer reduced revenues and significantly more likely to go out of business than businesses competing on low prices. But changing strategies to become a low cost supplier in a recession didn’t work for them because those already doing it had a head start, the academics report in the Harvard Business Review.

Sometimes in crisis, the best thing is to be patient. Fight the urge to solve all your problems immediately or rush back to normality. Let things unfold further until you will be better poised to act. Patience also applies to dealing with colleagues and customers. Manfred F.R. Kets de Vries, a professor at INSEAD, recommends in a blog post that you discover your patience triggers. Similarly, under stress your derailers – your worst features – come out, so perhaps conduct a personal after-action review on that aspect of your leadership in recent months.

In a crisis, decisions tend to move to the top of an organization. Interestingly, research found companies that decentralized decision-making during a recession fared better, presumably because they were better able to adjust to changing conditions locally or in their functional area. This is a good time to consider how decision-making has changed during the pandemic in your organization and how or when to shift decision points back to their norm. With that, consider individual autonomy, which is a key to motivation. Has it shrunk? Can it be reinvigorated?

Finally, communicate, communicate and communicate some more. Harvard Business School professor John Kotter found that in a change initiative leaders need 10 times the communication they offer. You can always do more. 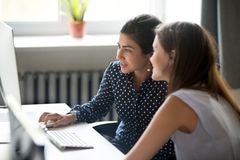 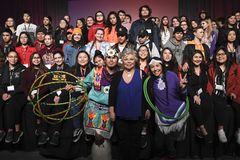 Office politics: Why worthy adversaries are as valuable as friends
Subscriber content
July 23, 2020 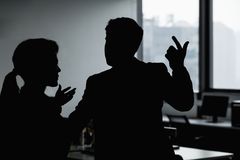