The death of George Floyd and other high-profile situations with a racial edge in the United States and Canada have ignited a push to end systemic racism in our organizations. But Michael Bach, chief executive officer of the Canadian Centre for Diversity and Inclusion, warns against getting carried away with a campaign for social justice.

“It’s sad to say but the social justice model is not going to work, or at least it’s not going to work at an acceptable pace,” he says in his new book, Birds of All Feathers. “I want to see change in my lifetime. And that will require a different model.”

Calling for social justice smacks of socialism, he says, and we live in a hybrid of capitalism and socialism, but with a big C and small s. It also strikes fear in the hearts of straight, white, able-bodied men who see themselves as under attack or losing out. And while slavery was horrid, the people in your office “have zero personal responsibility” for that injustice, making it difficult for them to take personal ownership of it.

Instead, he argues you need to follow a creativity and innovation approach: Making your organization more diverse and inclusive will improve those two vital facets of success.

While many studies have shown the value of diversity – recently McKinsey & Co., for example, found companies with gender diversity and those with ethnic and cultural diversity in each case outperformed their peers – Mr. Bach says you need to make the business case for your organization on a daily basis. “Without a business case – one that stands the test of time – you run the risk of losing ground when something changes unexpectedly,” he says.

He has seen more companies diversify poorly than well, and one common mistake is to skip the step of making the business case. It involves a two-page to three-page document spelling out the reason your organization is focusing on diversity and inclusion. Why does it matter? What are the deeper reasons behind this effort? Is it about being more competitive, better serving your community, being a better brand for attracting employees, or other factors?

Your next step is also one commonly missed: a “current state” assessment. That provides clarity on the situation today so you know what to improve tomorrow. It includes a leadership assessment: What do your top leaders think about diversity and inclusion, since they will set the tone for what happens? But you also need a demographic look at your people, an inclusion survey to see how staff feel working for you, and a “maturity analysis” to determine if your organization has the right foundation to build on.

Don’t copy your diversity and inclusion strategy from some other organization’s grandiose statement, Mr. Bach offers. “Your strategy needs to speak the language of your organization. In its presentation, it needs to look like it’s part of everything you do."

And don’t boil the ocean, trying to do everything at once, another common mistake. You may have a lot of issues to fix, but pick a few – some small, a couple of medium things, as well as one large challenge – and do them well.

Kelly Cooper, president of the Ottawa-based Centre for Social Intelligence, stresses the importance of leaders modelling the behaviours they want to see. A 2015 McKinsey study showed the success rate jumped to 32 per cent from 6 per cent when that happened.

Success won’t happen quickly. She says it takes three to five years to start to see a financial return on your investment. But probably in the first year you will notice social improvements, such as greater well-being in the office environment and less turnover of staff.

“Three to five years may seem like a long time, but when you think about the fundamental shift you’re making, it’s really not,” she writes in her book Lead the Change, speaking about gender equity in particular. “We have been in a male-dominated culture since time immemorial; surely we can manage to see that five years or less is well worth our time to move our corporate culture to the next level.”

Expect resistance. Mr. Bach divides your workplace into fighters, foes, fence-sitters, friends and family. Ms. Cooper urges you to listen to and understand objections. Consider letting go of “how” things will change, instead focusing on what needs to change and letting employees take ownership for getting it done. Provide simple, clear choices for those with doubts – perhaps speaking to their manager about why they dissent, accepting a coach or training – but also ensure consequences for inaction.

She believes it’s helpful when a business sector works together to become more diverse. This has worked with the Canadian mining and forestry sectors, for example. This is a big, complex and important issue. Often certain industries or sectors are up against history, and there can be strength in collaboration.

Opinion
What happens when our private spaces get very public?
Subscriber content
November 2, 2020 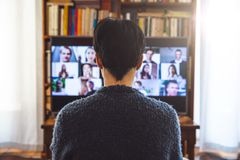 Why writing well is key to careers
Subscriber content
October 29, 2020 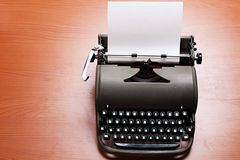 Opinion
Workplace wellbeing is as critical as ever, even if what that looks like has changed
Subscriber content
October 27, 2020 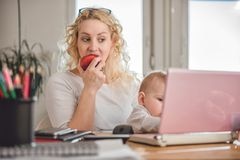