Sundeep Sandhu, 39, a partner at Blaney McMurtry LLP in Toronto in the firm’s corporate commercial practice, is president of the South Asian Bar Association of North America.

My parents got married very young, coming to Canada from the United Kingdom in 1972; neither had the opportunity to get a higher education. I grew up mainly in Mississauga. We moved around a few years; Brampton has been my home since 1997. It wasn’t an option not to get an education, that was ingrained, and it was important for [we four children] to get jobs. I’m doing the good old commute with GO Transit. I’m a patriot. I don’t envision myself leaving, working outside of Canada.

I worked at the courthouses in Brampton a while, had a great supervisor who allowed me to sit in while I was doing my undergrad degree in public policy and administration at York University. She said, “Get a flavour for something you like.” I had to make a pivotal decision – do a master’s in public policy or law. I realized you have to have a very specific personality for criminal law and learn a lot about your community you may not want to necessarily know; criminal law was not for me. It’s hard; I feel for students putting in applications, the competitiveness just to get into law school.

For the longest time I thought I would do social justice, immigration – something on those lines. I steered my articling search toward that at Blaneys in 2007. They afforded me the opportunity to do different areas, and the oddest thing happened: I realized mergers and acquisitions (M&A) was interesting, I’m good at it; I enjoyed the pace. Part of me also wanted to influence policy. That sense is still there. I got involved with the local bar association [meeting lawyers] from my background who might help, from a mentorship perspective. The South Asian Bar Association (SABA) felt right and grew into an outlet [for] how I could help the community.

I do negotiation in M&A transactions. [They’re] different every time because no two people, [or] what’s important, is the same. It’s a lot less combative. A common goal is to be achieved but [buyers and sellers] have certain things that mean something. You’d be surprised, it’s not necessarily monetary, right? They may say they don’t want anything to happen to employees.

I lucked out: I say that to my counterparts all the time. I ended up with colleagues who’ve not treated me differently because I’m female – not everybody’s experience. I’m founder of the firm’s diversity and inclusion committee and do some work as the representative in Canada’s Law Firm Diversity and Inclusion Network. Like other industries, we’re still struggling. And I’m proud of being South Asian; nobody’s ever said, “Leave your personality behind.”

SABA North America has 26 chapters, two Canadian, one in British Columbia and Toronto – one of the largest – the rest U.S.-centric. There’s over 8,000 lawyers – the whole gambit in practice. I was part of the Toronto chapter, then started on their board, got more involved on the national level, then executive committee. We work collectively on interesting issues [such as] hate crimes, immigration and institutional diversity.

You’re ingrained in certain cultural habits. Being South Asian, we’re taught to defer, but I’m not paid to defer. That’s a habit I had to get out of quickly if I was going to be a good lawyer, let alone being a good colleague. There are nuances that need to be recognized in breaking barriers. I’ve had this conversation with other South Asians – you get paid to bring yourself to the table.

I tell associates to do something different, be comfortable with being out of their box. For example, I’m an introvert – you wouldn’t expect me to be president of an association. It’s a little outside my box, but I found something I felt comfortable with that spoke to me and developed long-lasting friendships doing something outside of my norm.

I travel a lot, pretend to go to the gym and I’m an avid reader. The last couple of years, I’ve been trying to do things I once was not good at and started to rediscover. Last year [it was] swimming, being terrified of water, but I decided it’s something I do. This year, I’m going to probably try skiing again.

Mi’kmaq chief Manon Jeannotte on the biggest challenge for aboriginal people and the power of technology
Subscriber content
December 31, 2018 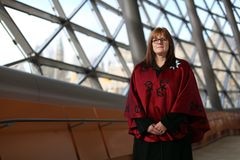 Justus Parmar on starting something from scratch and watching it grow
Subscriber content
December 16, 2018 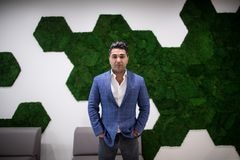 RSM manager Kostas Georgakoulias on being proud of his blue-collar hometown and getting your hands dirty
Subscriber content
December 2, 2018 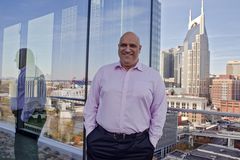