The key to onboarding is connection. And connection doesn’t come through training manuals and documents or an intranet guide for newbies. It comes from people.

That was shown dramatically by a Microsoft study of its procedures. Connection 1 was an onboarding buddy, whose importance I discussed in detail last week. Connection 2 was the boss. “A seemingly simple action – managers having one-on-one meetings with their new hires during their first week on the job – has outsized benefits,” Dawn Klinghoffer, Candice Young and Dave Haspas of Microsoft write in Harvard Business Review.

They charted early growth in three areas. First, those who had one-on-ones tended to have a larger internal network – 12 per cent greater – and double the influence on that network within 90 days. They held higher-quality (and shorter) meetings, with fewer people declining to attend and greater attentiveness. Finally, they spent nearly three times as much time collaborating with their team as those who did not have a one-on-one, leading to greater favourability toward their team and presumably greater connection.

What should you be doing in those one-on-ones? A first clue comes from five questions that Gallup researchers Jim Clifton and Jim Harter say you must answer for every employee to have a successful onboarding program:

Based on a survey of more than 1,000 managers, consultant Claire Lew recommends that during the first month, the new hire should have weekly one-on-ones with the lead/mentor (and in smaller organizations, the chief executive as well). After that, it can devolve to once or twice a month.

Ms. Lew started a one-on-one recently by trying to open up a personal connection through questions such as: How’s life? What are you excited about lately? Anything have you worried or down lately?

She then tackled the issues that may be arising early in the person’s time with the firm, paying particular attention to obstacles:

She then explored feedback preferences – how much direction did the subordinate want and how was the best way to give it. That was followed by probing career direction: If you could be proud of one accomplishment between now and next year, what would it be? What’s one thing we could do today to help you with your long-term goals?

That’s a hefty agenda, but it’s vital you support newcomers in their early days. And that includes if they start to struggle. “It’s a common mistake to treat new hires too gently, thinking it’s best to give them time to adjust and that early issues with, say, peer relationships and cultural fit, will resolve themselves. But this can easily create vicious cycles in which employees unknowingly dig themselves into holes from which they can’t climb out. The longer a negative dynamic persists, the more difficult it is to reverse,” Michael Watkins, a consultant and professor at IMD Business School, writes in Harvard Business Review.

Onboarding is important. Too often it gets insufficient attention. Give it the attention – and connection – it deserves.

Here are some leadership thoughts I formed after watching the federal English language leaders debate earlier this week that might apply in your workplace:

What responsibility do we have to colleagues who may be contemplating suicide?
October 9, 2019 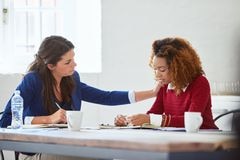 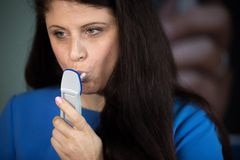 I want to be a cannabis budtender … what will my salary be? Subscriber content
October 8, 2019 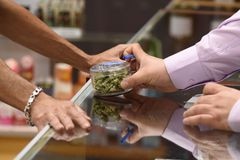