Harvey Schachter
Special to The Globe and Mail
Published May 30, 2018 Updated May 31, 2018
For Subscribers

Management guru Tom Peters can be a wordy guy. But he says his 17 books can be summed up in just six words:

“Hard” stands for plans, data, a company’s organizational chart and other analytical tools. And while such rigorous quantitative work usually seems solid, he warns on the Change This Manifesto site that they aren’t. “Plans are more often than not fantasies, numbers are readily manipulated,” he writes. “And org charts: In practice, they have little to do with how things actually get done.”

In the second sentence, he is referring to “the soft stuff” – people, relationships and organizational culture. It’s important. And it’s hard to get right.

So soft is hard – very hard.

We usually figure we should be working on the hard stuff, making plans and digging into data. But it’s the soft stuff that will lead to success. He quotes former Medtronic CEO Bill George, now a professor of practice at Harvard Business School: “The capacity to develop close and enduring relationships is the mark of a leader. Unfortunately, many leaders of major companies believe their job is to create the strategy, organization structure and organizational processes − then they just delegate the work to be done, remaining aloof from the people doing the work.” Keep that in mind as you move up the organizational chart.

Also keep in mind another major point from Mr. Peters: The emphasis these days on speed is actually a trap. In fact, he calls speed-for-speed’s-sake “the most counterproductive approach imaginable.” That’s because to get things done we must work through people. And that takes time. “You cannot speed up the so-called ‘soft stuff’ − to try and do so is a design for disaster,” he insists.

So here are the speed traps to be aware of:

So remember hard is soft. Soft is hard. And don’t automatically get caught in the speed trap.

The value of paired opposites

It’s a communications technique you should learn, says marketing wizard Roy H. Williams. “Duality, in the form of paired opposites, is essential to high-impact communications,” he writes in his Monday Morning Memo.

Take this ad: “At Kesslers, we do diamonds better, because diamonds are all we do. We don’t sell watches or pearls or gold chains. But we do sell every style of engagement ring that has ever been designed.”

Or this: “At Goettl Air Conditioning, we do things the right way, not the easy way.”

He warns that if you speak only of what you see from your perspective, you miscommunicate to everyone who sees the opposite. “Comprehensive communication always shows both sides: The verse and the inverse. The upside and the down. What’s left in and what’s left out,” he says.

It takes breadth of mind and some courage. But it can lift your communications, be they one-to-one in your daily work or company-to-many-prospects in your marketing endeavours.

Here are 12 crucial factors that consultant Nathan Magnuson says you should consider in decision-making:

None of those are unusual. But it’s a handy, comprehensive list to apply to future decisions. 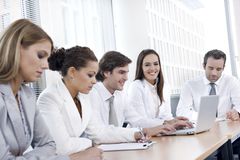 The importance of understanding, and accepting, probability
Subscriber content
May 26, 2018 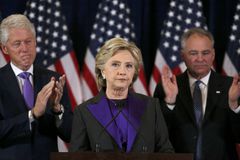