From small charities to mammoth corporations, most organizations benefit from customers telling their friends about the wonders offered. And yet, few organizations systematically figure out how to spark word of mouth. The tendency is to turn to outside forces – advertising and marketing – to find new customers, rather than to nudge existing customers to voluntarily spread the word.

The first criteria for positive word of mouth, of course, is to be special – to excel. People rarely talk about mediocre or adequate products. Something has to trigger their enthusiasm.

Oddly, being bad – flubbing it with a customer – can spark positive word of mouth, if you recover with flair. That’s why it’s helpful to have a service recovery plan. But don’t develop one with the intention of using it regularly.

It was fashionable awhile back to develop such plans. What about a similar plan for word of mouth? A survey of 1,200 small- and medium-sized businesses conducted by marketing consultant John Jantsch found 63 per cent of the business owners believed that more than half their overall revenues came from referrals yet 80 per cent of those respondents had no defined system for generating those referrals.

Consultant Jay Baer and Daniel Lemin, co-founder of the social food app Selectivor, tackle this idea in their book Talk Triggers, defining those triggers as a benefit, articulated with a story, that is discussed at a cocktail party. Their opening example is the expansive menu at The Cheesecake Factory: “Every day consumers comment on the remarkable menu variety with a combination of bewilderment, awe and frustration.”

Of course, most companies fear causing frustration. But talk triggers may not enchant everyone who comes in contact with your product and, as with all marketing, you need to be willing to not be all things to all people. While most brands try to be balanced and well-rounded, Stan Phelps and David Rendell, authors of Pink Goldfish, recommend lopsiding – being unbalanced, imperfect, unstable, and odd. “Lopsiding involves amplifying, not reducing, your brand’s flaws. We want you to expand them, magnify them, increase them, turn them up, exaggerate them, and then supersize them,” they write on ChangeThis Manifestos, applauding Hardee’s, which, instead of joining the crowd and offering healthy options, promoted its thickburgers. Aren’t you already salivating (and ready to share the notion with others)?

Mr. Baer and Mr. Lemin say a talk trigger must be remarkable, relevant, reasonable and repeatable – obviously they haven’t tried the unreasonable thickburger. It must be talkable, something within it encouraging sharing. They highlight approaches by your business that might include empathy, since it’s in short supply from companies these days; usefulness, such as the comfort Air New Zealand exemplifies; generosity in an era they dub “shrinkflation,” where portions get smaller while prices stay the same; speed, notably resolving customer issues quickly; and attitude, avoiding inoffensively vanilla tones.

You may not want to go so far as antagonizing your potential customers but the Pink Goldfish duo mention that approach favourably. “We want you to deliberately exasperate, irritate, provoke, aggravate, and instigate hostility. Go out of your way to rub people the wrong way,” they say, pointing to the Alamo Drafthouse Cinema, which has stringent movie-going etiquette policies that serious film buffs celebrate and casual movie-goers find a hindrance. They also highlight Alt Hotels, a Canadian chain, which brags about not having a mini-bar, a concierge, a pool, room service, or a bellman. They attract the customers who want what they have and ignore the rest.

More to the point, people share those features with others at cocktail parties because they are unusual – special. We all belong to tribes and there is a tribe that wants hotels with fewer features, a tribe that wants hushed movie theatres, and another one that seeks thickburgers. “Brands don’t create tribes, but they can become symbols of what matters to tribal members – thus serving as connectors of people who share a set of values and beliefs,” management strategist Mona Amodeo writes in Beyond Sizzle: The Next Evolution of Branding.

Thinking of demographic segments is old hat but perhaps you haven’t thought of what tribes you might appeal to – appeal in such a way that they spread the word, becoming volunteer evangelists for your offering. More broadly – and without twisting yourself to some of the extremes I have with mirth shared here – it makes sense to think about how you can generate more word of mouth rather than just hoping it will happen.

The pros and cons of decision-making Subscriber content
February 15, 2019 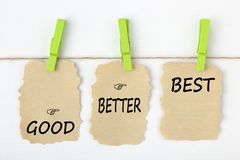 Job candidates may size up a company’ s managers, as well as company itself Subscriber content
February 8, 2019 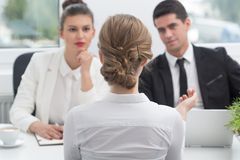 Firing should not come easy to managers Subscriber content
February 1, 2019 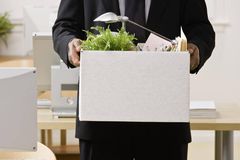