One of the keys to success is changing bad habits that undercut your performance. But once you target those bad habits, how do you succeed in changing them?

A good place to start is by thinking carefully about when you will start. The best way to change your behaviour is to begin with a blank slate, with no bad habits working against you, according to Katy Milkman, a professor at the University of Pennsylvania’s Wharton School. True blank slates are rare, but you can create the feeling of a fresh start. Many people seek such propulsion when they make a New Year’s resolution, and although most of those new habits fail, she notes that 20 per cent succeed.

But it doesn’t have to be Jan. 1. Your birthday works as well. The start of a new week is a chance for a reset – we start each week hoping it will be more productive than the last one. The start of summer. A move to another city or other meaningful life event. All serve as a kind of psychological do-over. “People feel distanced from their past failure; they feel like a different person – a person with reason to be optimistic about the future,” she writes in How to Change.

After looking for a date that seems to offer a fresh start, give some thought to cues. Often when we make plans, we don’t focus on what will trigger us to act. We’re focused instead on what we intend to do. But just as you might improve your flossing if you tie it to something – “every night after brushing my teeth, I’m going to floss” – you can improve your chances of ingraining a new work habit by looking for a convenient cue. She says just fill in the blanks in the sentence: “When ___ happens, I’ll do ____.”

She and her colleague Angela Duckworth, author of the bestseller Grit, were once asked what was the most important behavioural insight they had for achieving goals. While Prof. Milkman was still pondering the question, Prof. Duckworth quickly responded: cue-based plans. They reduce the chance of forgetting and short-circuit the need to think of what you will do in the moment. Just don’t use it too often on too many things, when cues can backfire by overwhelming you.

Prof. Milkman would have answered the question by stressing the importance of making goals fun and connecting them to a commitment device. In Mary Poppins, Julie Andrews sang about how “a spoonful of sugar helps the medicine go down.” Despite that advice, Prof. Milkman says we rarely sweeten the deal when we set out to pursue a long-term goal. “We tend to pursue behaviour change without thinking of the discomfort we’ll have to endure or attempting to alleviate it,” she says.

She improved her frequency of workouts by what she calls temptation bundling: listening to her audio page-turners only during exercise, which made her crave the next chance to continue the story. How can you make your habit change more fun?

Commitment devices force you to get something done by restricting your freedom. An example is when you give your boss a date by which you’ll complete an optional report. Apps can help you reduce your technology addiction by banning you from certain websites or social media during a given time period. Handcuffing yourself works, as does penalizing yourself with what she calls a cash commitment device: If you fail to change your habit, you forfeit a certain sum of money (to make it sting even more, have the funds go to a political action group you despise).

None of this guarantees change. But it increases the odds in your favour. 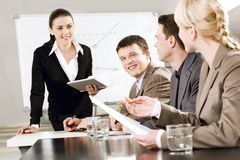 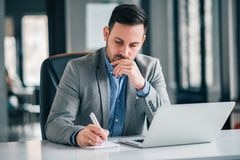 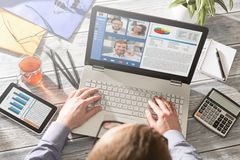