In the 1960s and 1970s, every Canadian seemed to be a constitutional scholar. Certainly it was common to hear passionate arguments about the role of Quebec in Canada and other constitutional matters. These days, it sometimes seems like everyone is an electoral-reform expert, keen to discuss a preferred method of selecting political representatives. In both cases, complicated issues with many moving parts limit our ability to know the results of our preferred action, in spite of strident arguments.

We eagerly jump to debate them, arguing with confident authority, as if we know for certain the ultimate results. But we don’t. The organization often tends to be divided without a clear sense of how to proceed. The data is non-existent or muddled. So the debates reoccur repeatedly. Sometimes we lurch in one direction and then another, as different factions gain power.

Decentralization versus centralization is common. Companies can flip from one side of this debate to another with each new generation of leaders.

Do we need more locations or fewer? Shall we grow by acquisitions or organically? In marketing, it’s reach versus frequency, or social media versus conventional media. I’m sure as you read this some debates in your own organization come to mind. If I had a dollar for every time as an editor I had an argument in which the topic (or subtext) was whether long or short stories are better, I’d be a multi-millionaire.

So what should we do?

These arguments are helpful in some way. Organizations perhaps need healthy divisions and, if it’s on harmless issues, that may not be bad. Perhaps, if the likely results are so mixed-up and unclear, any decision will end up okay – not amounting to much (certainly not as much as the heated debates might have suggested). But the potential multi-millionaire in me suggests I waste a lot of time, and so do you, in such ideological tussles.

One approach is to admit you don’t know. How refreshing! In a world where we are expected to always know, it would be audacious to admit as a group that we don’t know and, no matter how much we divisively debate the matter, we still won’t know. That could lead to just putting the matter off the table, permanently.

That might be a leap ahead for decentralization/centralization, where a new boss will too often sketch out a different blueprint from his or her predecessor and there will be a flurry of activity and expense, with no significant impact. Indeed, Bryant University Prof. Michael Roberto recently called for a broad stop to reorganizations, noting that a McKinsey and Co. study concluded that only 16 per cent of restructurings could be characterized as an “unqualified success” and, similarly, Bain and Co. found that most reorganizations do not generate improved results.

With two opposite courses of action – as these ideological debates often outline – you could assume both sides have ideas that are worthwhile and ideas that aren’t, and look for a blend (not a compromise). Pick out the good points from each and see if they can be implemented together. Or maybe one course of action works in one area of your company and another for elsewhere – centralize in some provinces and decentralize in other.

In his new book, Leap, Howard Yu, a professor at IMD Business School, suggests seeking evidence through experimentation. “The biggest risk that threatens the survival of a large and complex organization lies in political infighting and collective inaction. Arguments that play out in the board room may resemble empty rhetoric and amount to nothing more than personal beliefs. Experimentation is the window of truth to let light in from outside,” he insists.

Speaking to Rolling Stone, entrepreneur Elon Musk aims for a scientific approach to his decisions, in which he asks a question, gathers as much evidence as possible, develops axioms from the evidence (rather than from his beliefs, as we do in ideological discussions), and draws a conclusion they point to. Then he attempts to disprove the conclusion, seeking refutation from others. If nobody can invalidate your conclusion, then you are probably, but not certainly, right. Trying to disprove what you profoundly – ideologically − believe is a crackerjack idea.

So identify the next few fruitless, ideological discussions you get embroiled in at the office – and seek a better path.

Are managers capable of liberating their employees?
Subscriber content
June 16, 2018 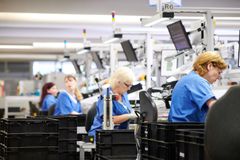