Imagine there was an activity that every leader agreed was critical to maximizing their success and that almost none of them did. And imagine that activity cost absolutely nothing, took just 10 to 15 minutes a day, and brought obvious and even immediate benefits.

Consultant and bestselling author Patrick Lencioni recently raised that formulation while addressing CEOs, but the activity he suggests and the benefits he promises apply to leaders at all levels.

Such advice is far from new. We know solitary reflection can be powerful. Yet we dodge it – even in a period when we repeatedly complain about the physical isolation forced upon us by the coronavirus. “The real issue is that we no longer want to be silent; we do our best to avoid it because it makes us uncomfortable,” he writes in Chief Executive magazine. And he also sweeps aside the excuse that our attention is diverted by e-mail, social media and other demands: “It’s not that we have too much to distract us, but rather that we have come to prefer those distractions to being alone with our thoughts.”

Harvard Business School Professor Joseph Badaracco argued in his book Step Back that most of us settle for “mosaic reflection,” squeezing such thinking into the cracks and crevices of our everyday lives. Perhaps it’s in the shower, or while driving, or during a television commercial. He deemed it “good enough” reflection, reassuring us it can be adequate.

Mr. Lencioni is asking for more than that – but still an achievable amount. He isn’t suggesting you take a Think Week alone in a cottage, as Bill Gates is famed for. He only advises you to carve out 15 minutes in the day – not a huge amount of time – for reflection, to sit and think. It’s more than Prof. Badaracco found we do, but in some ways just a modest extension if we get over the psychological obstacles.

On a personal level, Mr. Lencioni believes it will give us some peace and relieve anxiety. Beyond that, it will help us to optimize decision-making. We are inundated with information these days and need time to synthesize it before acting. We’ve become smarter, he says, but less wise – and our organization and careers suffer.

He urges you to start with five or 10 minutes. Sit in uncomfortable silence, and think. “Over time, muscle memory will improve, and a leader will start to crave a half-hour here and 20 minutes there. But more important than their desire to satisfy that craving will be their practical understanding of the benefits for themselves and the people they lead that comes from peace, silence, contemplation and reflection,” he writes.

Reflection might be unguided – what comes to mind sorting through the problems plaguing you. Or you might have an agenda, big issues you want to chip away at over time. Consultant Claire Lew offered new managers four essential questions to ponder that works for all executives: How can I create an environment for people to do their best work? How can I create as much clarity and coherence about what needs to get done and why? How can I personally model the behaviour I want to be true across my team? How can I see things for what they are, instead of what I want them to be?

Consultant Julie Winkle Giulioni offers another dimension to consider while discussing reflexive versus reflective leaders. When issues arise, some leaders are reflexive, acting immediately through what she describes as an algorithm of cultivated habits and standard responses developed over their careers. Others turn off their automatic pilot and are more reflective, choosing in-the-moment responses based on the situation. Not a Think Week or 15 minutes of isolated deliberation, but in-action contemplation.

“Leadership is not a routine task and, as such, it benefits from more reflective responses,” she argues on her blog. “In fact, operating reflexively can be a liability in today’s disruptive workplace.”

I shared an office once with a colleague, each of us with different but contiguous responsibilities for the same employees. People would come in, surround him, and ask a question while I would be immersed in desk work. He would pause to think before responding, and I would burst out impatiently with the response before he could say anything. Reflective versus reflexive styles personified.

But we aren’t necessarily one or the other. And in different situations, we can operate from different points on her continuum. To cultivate a more reflective approach, Ms. Giulioni recommends pausing and taking a breath before responding or acting; bringing a curious mind even to routine situations; and challenging yourself when automatic pilot responses surface.

It’s all in the quest of being a reflective, more effective leader. Her suggestion you allow some thinking time before offering answers or direction – or better yet, pose a question that will encourage others to think – complements Mr. Lencioni’s plea to take a slice of time each day to reflect. Her prescription is for the hurly-burly of the action and his to extract you from that frenzy routinely. 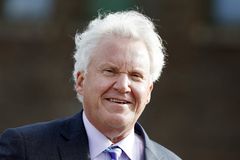 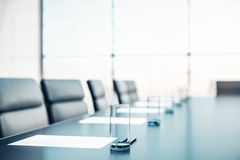 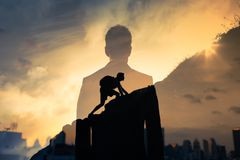