Company culture and employee engagement are deservedly getting a lot of attention these days in terms of talent, leadership and learning initiatives. Unfortunately, they’re both areas that can too easily be subjected to superficial Band-Aid solutions.

The reality is that company culture is not something that can simply be declared as a set of principles or goals from the top down. Leaders have a profound influence on the culture of an organization, but company culture is the sum of the organization’s general customs and beliefs at a particular time. It’s always evolving in some form, and it is defined as much or more by how people in the organization perceive it as it is by any objective standards.

Culture also is hard to measure qualitatively, as much of it is based on trust and the quality of frequent, honest communication between leaders and their people. While comprehensive culture reviews and employee engagement surveys can be performed, they’re often complex and costly for large organizations to execute more than every couple of years. By the time much of the resulting data has been crunched and turned into actionable insights, circumstances have usually changed (for better or worse) and corrective initiatives lag behind.

Some employers have started asking for daily or weekly feedback on key questions, building reams of data. To me, this doesn’t effectively replace frequent one-to-one feedback between leaders and their people, as there is the inevitable skepticism – as occurs with almost all data-driven feedback tools – that the resulting data is truly anonymous and confidential.

So, why do culture and engagement matter so much?

According to a recent poll by Gallup in the United States, voluntary attrition (people leaving for somewhere else) results in potentially as much as a $1-trillion-a-year loss to the business economy. That calculation is based on an annual turnover rate of 26.3 per cent, according to figures from the Bureau of Labour Statistics from 2017. Canada’s turnover rate is not vastly different, averaging 16 per cent or more in 2018 and placing us as having the fourth highest turnover rate globally. Even for a smaller 100-person company, the loss of employee talent and the effort of bringing a replacement person up to speed can cost 1½ to two times that position’s annual salary. Assuming a conservative $50,000-a-year average salary, that’s a loss of between $660,000 and $2.6-million a year, not something most businesses can easily absorb.

What drives that voluntary attrition? In research done by LinkedIn in 2018, it’s the lack of opportunity to advance (45 per cent), dissatisfaction with management (41 per cent) and general work environment and culture (36 per cent). Astonishingly, the Gallup research showed that more than half of the employees leaving in the U.S. had not had any meaningful discussions about their job satisfaction or future with the company in the three months preceding their resignation.

As leaders, we can do something about this.

First, be realistic about understanding your leadership team’s bench strength. Especially in knowledge-intensive sectors, much of a company’s value lies in its people. More comprehensive leadership assessments, such as the Odgers Berndtson LeaderFit tool, will go deeply into factors that underpin a leader’s competency in critical areas of culture and engagement. Among them are leadership of others and leadership agility, which includes dimensions such as building others’ talents and a leader’s interpersonal savvy. The goal of such assessments is not to weed out people, but to empower leaders to make meaningful changes in their behaviours in areas that are critical to company success.

Second, invest in the growth of people, both leaders and employees. For leaders, it’s important to pursue external leadership programs that mix people from different sectors and companies. This adds perspective that can’t usually be achieved in-house. More LinkedIn research from 2018 indicates that roughly 20 per cent of people leaving their positions do so because they’re not able to learn and grow. That’s greater than other factors such as dissatisfaction with managers, compensation or misalignment between personal and company values.

Finally, stress accountability at all levels for continuous, open communication. Leaders can’t improve if they’re not asking for and being given realistic and timely feedback, and employees can’t be effective if they don’t feel their perspectives are valued. Having meaningful work is one of the things people look for most in their employment, and it’s critical for culture and engagement that your people have equal opportunity for meaningful conversations with their leaders.

Opinion
On ageism bias in the workplace, and the myths underpinning it Subscriber content
April 28, 2019 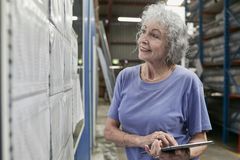 Opinion
Where to look for those seeking fulfilment at the mid-career point Subscriber content
March 24, 2019 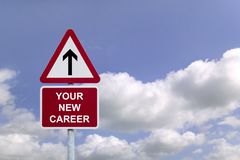 How job-sharers can keep everyone happy Subscriber content
February 19, 2019