Germain Belzile is a senior associate researcher at the Montreal Economic Institute.

Economists, it’s true, generally agree that imposing a price on greenhouse gas emissions (GHGs) is the most efficient way to reduce them while minimizing the drawbacks associated with intervention.

The devil, however, is in the details. And when you look at the details, the carbon-pricing systems the federal and provincial governments of Canada have put in place leave a lot to be desired.

Three conditions in particular should be met in order for a carbon tax or cap-and-trade plan to be efficient.

First, such a policy should be fiscally neutral, which is to say that a new tax should be offset by other tax reductions, and not be just another way to raise government revenues.

Second, the taxing of GHGs should replace all other policies that have the same objective, such as the regulation of emissions and subsidies for green energy.

Third, a carbon tax should take into account whether our neighbours and competitors have a similar policy.

In some provinces, such as Quebec, carbon-pricing systems explicitly aim to increase government revenues. In British Columbia, the tax was fiscally neutral to begin with, but it is now a net source of revenue for the province.

The second condition is not respected either, as governments subsidize a multitude of projects to reduce GHG emissions. In Ontario, the cost of such policies ranges from $100 a tonne for incentives to use trucks and buses that emit fewer GHGs, to $500 a tonne for bike-path subsidies. In Quebec, the cost per tonne of GHGs eliminated through measures financed by the Green Fund averaged around $1,130 a tonne.

There is no good reason for this waste of public funds. These subsidies are more popular than taxing carbon and more politically expedient, but they should be eliminated in favour of the more efficient reduction methods encouraged by carbon pricing.

A carbon tax must also take into account the competitive context of the Canadian economy. Carbon taxation could lead to the displacement of production and investment (and also jobs) toward the United States, where GHG emissions are not taxed everywhere.

Such a scenario could even entail, far from a reduction of global GHG emissions, an actual increase. For example, if aluminum plants in Canada were to close because of the carbon tax, these could be relocated to countries whose environmental record is much worse than ours.

If governments want to reduce Canadian GHG emissions, they have to go about it the right way. Any carbon tax should replace the whole set of other, less efficient policies having the same objective, such as emissions regulations and green-energy subsidies. Any carbon tax should be offset by reductions in individual and corporate-income taxes, which are far more harmful than a carbon tax, since they discourage work, saving and investment. And finally, given that our most direct competitor, the United States, does not tax CO2 emissions, Canadian rates should remain reasonable enough to not lead to the flight of companies and production to other regions.

Canada will not save the planet single-handedly. Keeping this in mind, any public policy aiming to reduce Canada’s contribution to global emissions must be based on sound economic principles. This is not currently the case. 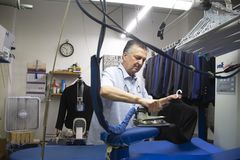 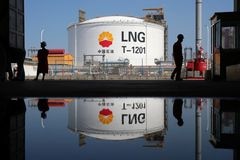 Opinion
The Liberals need a central message to rally voters – but it won’t be climate change
July 2, 2019 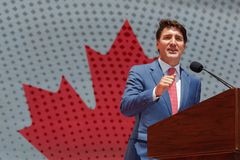