Perhaps you missed U.S. Ambassador Kelly Craft’s farewell to Canadians in The Globe and Mail this week.

It was more of a postcard really – like a note you might write to a cousin abroad after a visit. She commiserated about the cold winters, and gushed about the warmth of the people, our “lovely country" and “rich culture.”

The only hint that her sojourn as U.S. President Donald Trump’s envoy here might not have been postcard-perfect was a vague mention of “frictions we may and will have.”

Ms. Craft, who is poised for an even bigger role as U.S. ambassador to the United Nations, somehow misses the glaringly obvious. Her Globe op-ed piece never mentions Mr. Trump. It’s as if she visited Paris and somehow never saw the Seine or the Eiffel Tower.

Perhaps that is not surprising. Her tenure will be remembered for how little time she was actually here. Ms. Craft spent seven of her 20 months on the job in various locations in the United States where she and her coal executive husband have homes.

Ms. Craft glosses over the woeful state of relations between the two countries. They have rarely been this bad, or more uncertain.

The “frictions” Ms. Craft might have highlighted include the disgraceful string of insults Mr. Trump hurled at Prime Minister Justin Trudeau and other federal officials, the forced renegotiation of the North American free-trade agreement under threat of a trade war, and a year’s worth of unjust tariffs on Canadian steel and aluminum. The United States has also dragged Ottawa into a nasty feud between Washington and Beijing over the behaviour of Chinese tech giant Huawei, destabilizing relations between Canada and China.

Ms. Craft said nothing, and did nothing, as Mr. Trump shamelessly treated Canada as if it were the enemy.

And yet, she recalls her posting like a pleasant vacation, full of blue sky and sunshine. In Ms. Craft’s telling of things, Canada and the United States have shared “adventures” – as if she were recalling a hike in the Rockies or a visit to Peggy’s Cove.

“Let us always be friends,” she writes in the final paragraph of her Globe op-ed. “I have treasured my time here.”

Conveniently left out is the damage done, and the ill-will that endures. The reworked United States-Mexico-Canada Agreement on trade – a deal that didn’t need to happen – remains in limbo, stalled in the U.S. Congress. The resulting economic uncertainty still hangs precariously over countless business decisions, in both countries.

Ms. Craft, who like several previous U.S. ambassadors got the post because she’s a generous party donor, is Mr. Trump’s kind of envoy. She ignored the misbehaviour of her boss as he stirred up global tensions to win cheap partisan points at home or, at times it seems, for the sheer sport.

As a Trump enabler, Ms. Craft has many fellow travellers. Too many Americans continue to look the other way as the U.S. President and his aides recklessly stoke uncertainty in the world, largely for domestic partisan reasons.

Perhaps they really believe the United States isn’t part of the global economy. Or worse, they simply don’t care about the ripple effects.

Mr. Trump’s Republican party – once the champion of free trade – now embraces protectionism, and America First unilateralism. Tenuous international alliances that took years to build, and nurture, such as the World Trade Organization, are coming undone in the face of U.S. attacks. The WTO is far from perfect, but it’s all we have to uphold a common set of trade rules.

Mr. Trump prefers to go it alone in the world, initiating and now ratcheting up a dangerous game of trade brinkmanship with China.

The hard lessons of the 1930s about the destructiveness of trade wars and protectionism are lost on Mr. Trump, who sees tariffs as a negotiating tactic to get other countries to make concessions. At times, he’s even suggested tariffs are an end in themselves – a tax windfall for the U.S. Treasury – in spite of overwhelming evidence that U.S. consumers are paying much of the price.

Surely, some Republicans must know the economic history or at least heard the dire warnings from respected economists.

So, yes, an apology to Canada from Ms. Craft would have been nice, given the mess created by her boss. But that’s not the Trump way.

She should ask herself this as she heads to the UN: Can the damage caused by Mr. Trump ever be undone?

Opinion
I’m confident the bond between Canada and the U.S. will only get stronger
August 25, 2019 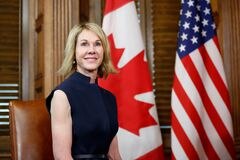 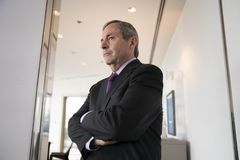 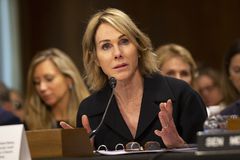