Geoffrey Turner
Contributed to The Globe and Mail
Published October 27, 2019 Updated October 27, 2019
Comments
Please log in to listen to this story. Also available in French and Mandarin. Log In Create Free Account

Geoffrey Turner is a tax lawyer in Toronto and adjunct professor at Osgoode Hall Law School, where he teaches taxation of business enterprises.

The tax promises of all parties in the recent election campaign were clearly motivated by their political objectives and were disappointing from a tax policy perspective. No party proposed tax changes that would address the structural inefficiencies in Canada’s tax system. Fortunately, there is growing recognition of the need for an objective, politically neutral tax reform commission to comprehensively examine possible improvements. Let’s put on that agenda a bolder proposal that has intrigued economists for some time – a shift of the tax base away from its current heavy reliance on taxing income, and toward taxing consumption.

Our tax system can be evaluated under three key attributes: efficiency, fairness and simplicity. Considerations of fairness have dominated the debate because the way we share the tax burden is an inherently political matter; everyone has an opinion about what is and is not fair taxation. In contrast, while most Canadians agree that the existing Canadian tax system fails the simplicity test, the companion issues of efficiency and competitiveness have been largely overshadowed.

Our tax laws generate strong incentives and disincentives that affect the behaviour and productivity of taxpayers, but these incentives have been increasingly disregarded by policy-makers as our tax system has evolved based mostly on short-term political considerations. An egregious example is the 2016 increase in the top marginal tax rate applicable to individuals – now over 50 per cent for most Canadians at the relatively low income threshold of $210,000.

In 2018-19, nearly half (49.3 per cent) of federal revenues were generated by the personal income tax on individuals, with only 11.5 per cent contributed by the federal goods and services tax (GST) and another 5.7 per cent from tariffs and other excise duties. The most recent Organization for Economic Co-operation and Development revenue statistics (which include provincial taxes) place Canada near the top of the list of countries for our heavy reliance on personal income taxes and near the bottom of the list for revenues generated from the GST and other consumption taxes.

Most economists regard the personal income tax on which Canada depends so heavily as one of the least efficient ways to raise revenue. The income tax (especially at the top rate exceeding 50 per cent) discourages productive activity that generates wealth, by taxing a significant portion of the resulting income away and reducing the take-home returns from hard work. Far better to tax activity that erodes the wealth of society, namely the consumption of that wealth, rather than tax the creation of that wealth. If the burden of taxation was shifted away from the income base toward a consumption base, Canadians could be expected to respond by working harder, longer and more productively, and to save more of their income, leading to efficiency gains that could result in a higher overall standard of living. The challenge would be to implement the change, and distribute the benefits, in a manner that is fair.

The simplest way for Canada to reduce reliance on income taxation and shift to consumption taxation would be to increase the rate of the federal GST. This would effectively reverse the 2006-08 GST reductions that were widely criticized by economists, despite their political popularity. The GST/HST rate (taking into account the harmonized taxes imposed by most provinces) could even be increased to the much higher rates of value-added tax prevailing in most of the OECD member countries. Additional revenue from the GST would offset reduced tax revenue from lower rates of income taxes and the GST/HST tax credit would be enhanced to ameliorate the regressive effect of this form of consumption tax. The corresponding reductions in income-tax rates could be calibrated to preserve the overall level of progressivity so Canadians would continue to contribute overall tax revenues based on their ability to pay.

A bolder reform would amend the income tax so that the existing “taxable income” base more closely approximates the amount of annual income actually consumed (i.e., expended on goods and services) by each taxpayer. This would enhance features of the income tax, such as deductions for RRSP contributions, that exclude savings and already make the income tax for some taxpayers similar to a tax on annual consumption expenditures.

An even more comprehensive reform would modify the “taxable income” base to “taxable consumption,” which would include annual income (less savings to registered accounts plus withdrawals from registered accounts, as is currently the case with registered retirement savings plans), plus other annual cash inflows that increase ability to consume (such as borrowings, gifts received, lottery winnings and other windfalls) less annual cash outflows not expended on consumption (such as debt repayments and gifts given). Taxpayers would still file annual returns with the Canada Revenue Agency, perhaps on a household basis, but with this modified calculation of “taxable consumption” and an exemption for an amount of annual expenditure required to obtain the basic necessities for Canadian life. The tax rates on taxable consumption exceeding the basic exemption could escalate at higher bands of annual consumption to preserve progressivity.

Special measures would address spending on big-ticket items such as housing, vehicles and other consumer durables, where the benefits of the consumption expenditure are typically enjoyed over longer time periods. Other challenges include transition from the income tax, integration with the corporate income tax, treatment of non-residents, and modulating the demographic impact of the tax over the typical lifetime consumption cycle to minimize adverse redistribution effects on young families and retired taxpayers, among others. Economists have suggested solutions to these issues in various consumption tax proposals sometimes referred to as “expenditure” or “cash-flow” tax systems, but so far no OECD country has yet adopted such a consumption tax, although several have seriously considered it.

At any rate, despite these obstacles, the design of a practical, workable Canadian consumption-tax system appears possible and holds the potential for significant welfare gains by mitigating the disincentive to earn income under the present income tax. But even if a shift to consumption-expenditure taxation is considered overambitious and fails to gain political traction, future tax policy debates should at least restore economic efficiency and competitiveness as paramount criteria for evaluating possible changes. The tax reform agenda should not be driven by partisan political expediency.

Opinion
Money in your pocket: Tracking what the federal political parties would do for your personal finances Subscriber content
October 17, 2019 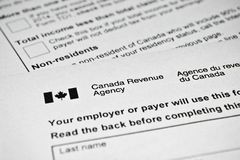 Explainer
Federal election 2019: Where do the parties stand on taxes and deficits? Subscriber content
October 15, 2019 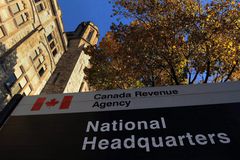 Opinion
Canada needs to get serious about tax reform
August 14, 2019 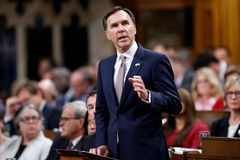