No pipeline in decades has carried as much geopolitical risk as the Nord Stream 2, the megaproject that was supposed to bring Russia and Germany closer together economically, stuff Western Europe with cheap fuel and accelerate the demise of dirty coal power plants.

Those risks, apparent from Day 1 in 2015, when NS2 was announced, finally overwhelmed the pipeline this week. NS2 is effectively, although not officially, dead; it now has zero chance of obtaining an operating licence from Berlin in the next few years, if ever. The war in Ukraine finally tipped it over the edge, an example of savage politics overwhelming serious commerce.

NS2 is already one of the biggest white elephants in infrastructure history, a project that wasn’t needed, was opposed from every angle from the start and never should have been built.

On Tuesday, German Chancellor Olaf Scholz, under pressure from European Union and NATO countries to provide evidence that he was not the “weak link” in the West’s anti-Putin alliance, stopped the fully completed pipeline’s certification process, making it the centrepiece of Germany’s sanctions package.

How did Russia and Germany, the pipeline’s sponsors and cheerleaders, get it so wrong?

NS2 starts at the Western Russian port of Ust-Luga, near the Estonian border, crosses the Baltic Sea and surfaces at Greifswald in northeastern Germany. At 1,230 kilometres, it is the longest subsea pipeline in the world. It is the sister pipeline to Nord Stream 1 (NS1 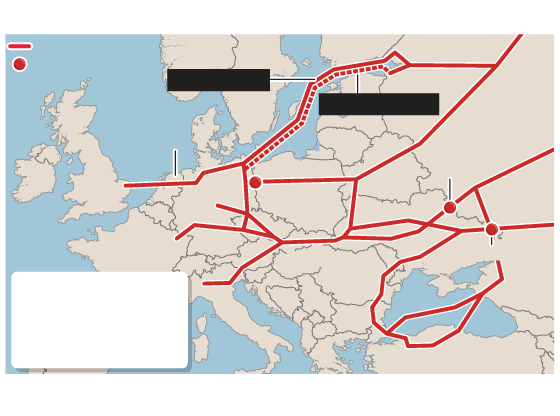 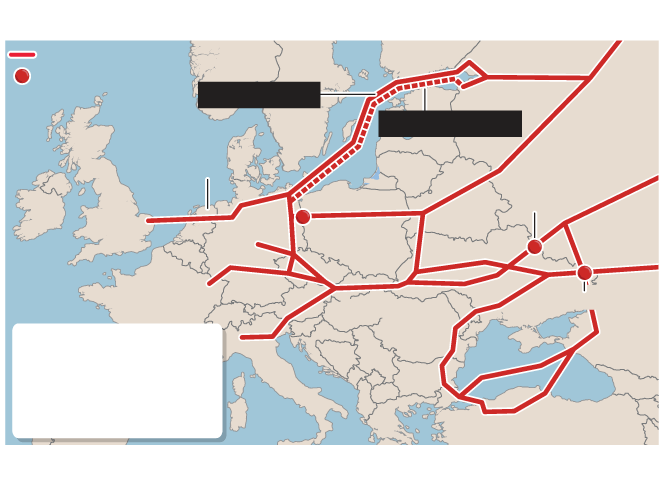 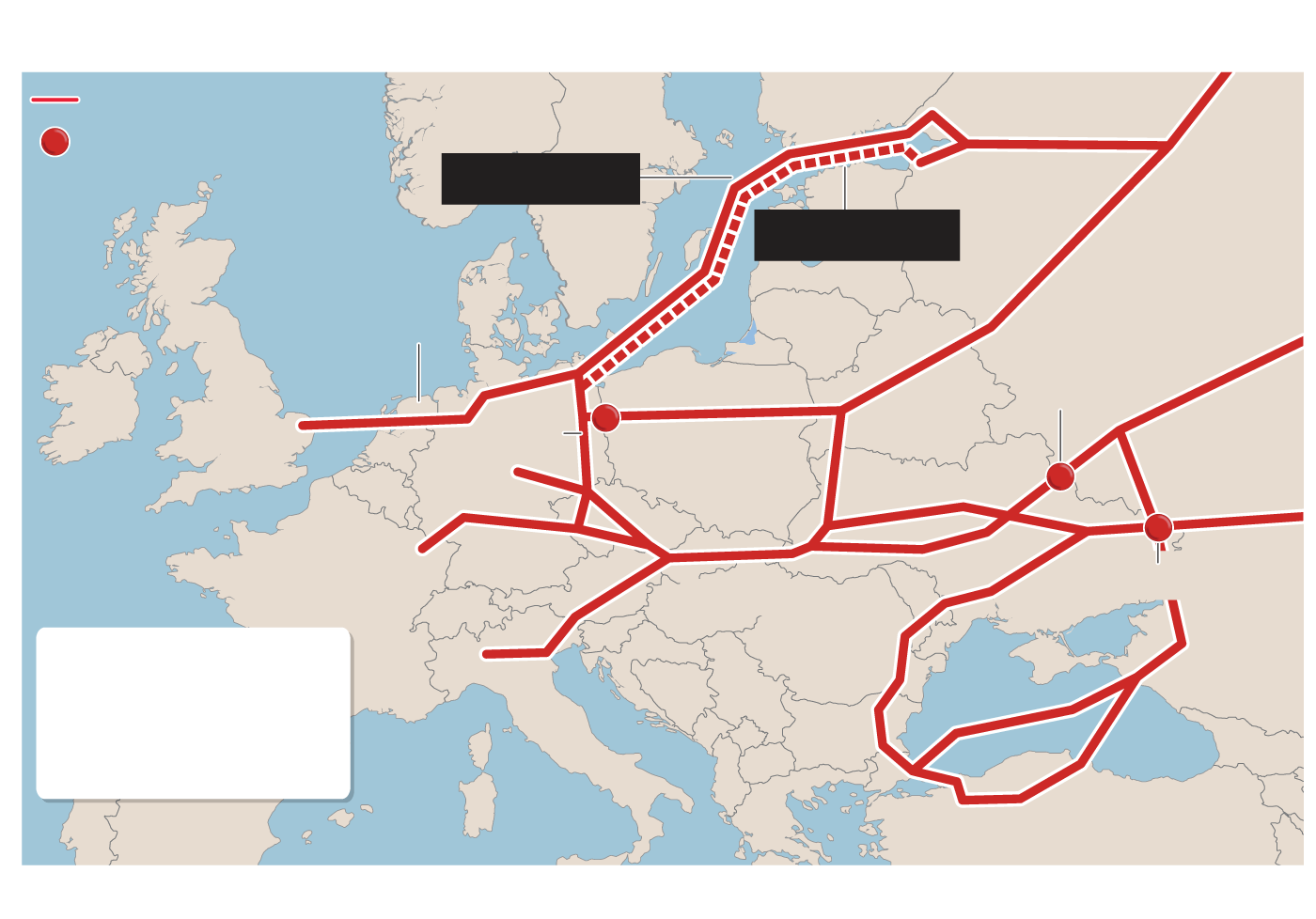 ), which follows the same route and has reliably pumped gas into Germany since 2011.

NS1, which was championed by Gerhard Schroeder, Angela Merkel’s predecessor as chancellor and one of Mr. Putin’s best friends – he is now the chairman of Nord Stream AG, the parent company of the two pipelines – made a fair amount of sense.

Germany has scant hydrocarbon reserves – its economic model was always based on swapping high-value manufactured goods for imported energy – and needed cheap gas to power its economy. Germany was also opposed to hydraulic fracturing, the technique, better known as fracking, that the United States would use to become a gas and, later, liquefied natural gas (LNG), powerhouse. So, Germany needed imported gas and with the Cold War long gone, it could count on Russia to be a reliable supplier forever – or so it assumed.

NS2 was a different matter, according to Moniek de Jong, a Dutch postdoctoral researcher at Ghent University’s Institute of International and European Studies who wrote her PhD thesis on NS2, which was just published. In an interview, she said the pipeline wasn’t needed because Germany wasn’t desperate for gas – the country was getting sufficient supplies from NS1 and the network of other pipelines, some of which crossed Ukraine before feeding into Germany and elsewhere in Europe.

In fact, about 80 per cent of the NS2 gas would be shunted into the EUGAL pipeline that travels south from the NS2 terminus on the Baltic to the Czech border. Ms. de Jong also noted in her thesis introduction that “the project runs counter to the EU’s diversification and climate efforts, potentially violates EU internal market regulations, is difficult to reconcile with declining gas demand under the EU’s Green Deal and has raised geopolitical concerns, notably by Ukraine.”

Yes, Ukraine – one of the fiercest critics of NS2 long before anyone even imagined Mr. Putin had invasion on his mind. It appears Russia and Gazprom were largely in love with the idea of NS2 because it would connect Russia directly to Germany, bypassing the traditional gas route through Ukraine.

Avoiding Ukraine would mean Russia could avoid paying Ukraine hefty transit fees – about €2-billion ($2.86-billion) a year. Contract and payment disputes, which had turned ugly several times, would vanish. (The one in 2014 – the year Russia annexed Crimea – saw Russia turn off the gas taps to Ukraine, plunging the country into crisis for several days.)

By downgrading Ukraine’s role as gas transit middleman between Russia and Europe, Russia would gain the upper hand in the energy and geopolitical power games that had come to dominate the Ukraine-Russia relationship.

In truth, the negatives soon outweighed the positives. Many countries, not just Ukraine, opposed the pipeline. They argued it would make Germany and a few other countries slaves to Russian gas, opening the door to blackmail and intensifying Europe’s fossil fuel reliance when it should be devoting its might and creativity to renewable energy.

The Americans, under presidents Donald Trump and Joe Biden, were fierce critics of NS2. They saw it as a security threat to Europe – Mr. Trump said it would turn Germany into a “hostage of Russia.” Mr. Biden, in particular, was in no mood to reward Russia, which was becoming a pariah state in the view of many Americans for having meddled in the 2016 presidential election.

The U.S. slapped sanctions on NS2, but they were too narrow and ultimately proved entirely ineffective. One of the targets was pipe-laying ships in the Baltic. The Russians solved that problem by finding ships that were not subject to the sanctions.

The EU became meddlesome, too. It introduced “unbundling” rules; they insisted the energy supplier, in this case Gazprom, needed to be separated from the pipeline owner (also Gazprom), and that the pipeline allow access to other gas suppliers. The rules proved to be a nightmare for NS2 and its owners, although they were confident of finding a solution.

The upshot was that NS2, although entirely finished, was stuck in regulatory and legal limbo. When Mr. Scholz formed his coalition government, the Green Party – one-third of his coalition – made it clear it was in no mood to see the pipeline receive regulatory approval. The party’s leader, and now German Foreign Minister, Annalena Baerbock, accused Russia of playing a “poker game” with exported energy – and she appeared to be right.

The International Energy Agency in January accused Russia of manipulating the market to cause price pain. “I would note that today’s low Russian gas flows to Europe coincide with heightened geopolitical tensions over Ukraine,” IEA boss Fatih Birol said.

If Russia raised prices in part to try to speed up the regulatory approval of NS2, it failed – and spectacularly so. As the likelihood of a Russian invasion of Ukraine grew by the day in February, Mr. Scholz, under pressure to show his anti-Putin credentials, dropped the pipeline into Germany’s sanctions package by ending its regulatory approval process.

In the end, Russia lost an enormous pipeline that could have earned Gazprom fortunes for decades and made Europe even more reliant on imported gas. Germany’s endorsement of NS2 until Mr. Scholz banished it, showed the country had woefully misjudged the pipeline’s geopolitical risks, making it look naive and feckless. The pipeline attracted foes as far away as the U.S. and became the target of environmental groups, earning Germany international condemnation.

There were no winners in this saga, just lessons.

Russia invades Ukraine: More from The Globe and Mail

EXPLAINER: Why is Russia invading Ukraine? What Putin’s troops have done so far in Kyiv, Donbas and beyond

Energy prices soar as geopolitical tensions over Ukraine intensify
February 14, 2022
opinion
Decentralized finance lovers run to centralized government when they get ripped off
February 11, 2022
opinion
A Russian gas crunch might be the least of Germany’s problems. An economic reinvention is required
February 4, 2022