Tom Rand is the lead clean-tech adviser at MaRS Discovery District in Toronto.

Absent the Paris Accord, the furor over the Trans Mountain pipeline is overblown. Despite the escalating rhetoric of provincial Premiers John Horgan and Rachel Notley, jurisdiction falls squarely on the federal government. By following an existing route to an already bustling port, it’s one of the least intrusive pipelines on the books. Worries about spills, both en route and in ocean waters, are real but manageable. And if investors want to bet on long-term high carbon infrastructure in a carbon-constrained world, they’re free to do so. But for that pesky Paris Accord.

Canada faces a shrinking emissions pie. Our contribution to the Paris Accord – an agreement to reduce emissions 30 per cent by 2030 and 80 per cent by 2050 – is a moral commitment shared by us all, and one that is supported by a majority of Canadians. When a single province, industry or company increases emissions, it puts a heavier burden on others. Behind the debate surrounding Trans Mountain lies the real fight: it’s a long-overdue conversation about shared climate burden.

Trans Mountain is a tangible expression of the continued dominance of fossil fuels. For many protesters, it signals continued expansion of Alberta’s heavy oil production, already the single largest industrial source of emissions in the country. Production growth depends mainly on the price of oil, of course. Below $60, there will be little increase. But the federal government’s signal it will provide financial backing for Trans Mountain gives comfort to those who believe production expansion and shared climate commitments go hand in hand. They cannot.

Imagine a boat needs to cross a shallow river, rife with rocks. To be safe, the boat’s draft must be reduced by shedding a thousand kilograms. Each of the 10 occupants is expected to play their part and ditch luggage. One occupant insists they uniquely have the right to take on more weight, not less. The captain of the boat even buys them a bigger backpack. Every additional kilo that person takes on makes it that much harder for others, and raises the ire of those committed to a sense of fair play.

The math is cruel. Alberta’s heavy oil emissions sit at 70 megatonnes (MT) today. Ms. Notley’s hard cap allows an increase by almost half, to 100 MT. Were Canada to meet its 2050 commitment, those emissions would represent more than two-thirds of the entire country’s emissions – for far less than a 20th of the economy.

The rest of Canada simply cannot make up the difference. From a practical perspective, every other industry and province would need to go to near-zero emissions to allow room for increased – or even existing – bitumen production in Alberta. Why should Ontario’s manufacturing, New Brunswick’s farming or Quebec’s pulp-and-paper industries work so hard to have it all undone by a few new in-situ bitumen mines?

It’s reasonable to ask of that shrinking pie: What emissions and for whose benefit? How we maximize economic activity per unit of emissions over the long term is a necessary and pragmatic question. An empirical, as much as a political, one. We might ask the same of B.C.’s proposed liquefied natural gas export industry.

Perhaps technology will save the day, and bring about an emissions-free heavy bitumen industry. An increasing price on carbon is one way to wave that economic wand. We’ve seen impressive advances in innovation thus far – but never have they led to a decrease in absolute emissions.

Arguments that Alberta, as a resource-based economy, has a more difficult job than other jurisdictions ring hollow – as do similar skeptical arguments about Canada more broadly. Emission reductions are by definition not absolute. They’re measured from baselines, which take into account existing vagaries of geography, reliance on resource extraction, even how many citizens choose to drive F-150s or Ford Broncos to hockey practice.

Radical Albertans may argue they’re better off outside the Canadian family, free of such constraints. Most obviously, that would not get a pipeline built. Worse, as a country Alberta’s per capita emissions would be, by far, the highest in the world – more than four times those of Saudi Arabia. I doubt young, savvy Albertans are willing to wear the moral shame of withholding climate commitments entirely. And without the rest of Canada to provide a buffer, those “national” reductions would be much sharper than they are now.

We’ve built pipelines before. All energy projects bring risk, that risk is manageable. Building infrastructure always makes someone angry. These issues are not new. They’re proxies for the real heat behind Trans Mountain. We’re finally beginning a long, difficult national discussion about who gets to emit, how much, to whose benefit and at what cost. A uniquely Canadian family squabble. 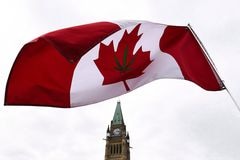 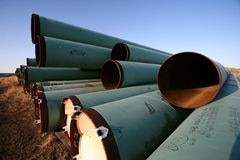