The United States has taken a sudden, wild lurch into the emerging global movement toward imposing tariffs on emissions-intensive goods from countries with weak environmental policies.

To date, leadership on the introduction of tariffs known as carbon border adjustments, or CBAs, has come from the European Union, where the mechanism has been in development for years, and was included in the sweeping climate plan rolled out last week.

Now, a new legislative proposal from U.S. Democrats – potentially to be lumped into a US$3.5-trillion spending bill that could be passed next month – would move much more rapidly than the transatlantic one. It would apply to a wider range of imports, with oil and gas notably included alongside other products such as steel, cement and aluminum. And absent a national carbon-pricing system, to which border adjustments can most easily and transparently be linked, it would involve much greater political discretion around which imports are penalized.

As with the EU plan, it has the worthy premise of enabling stringent emissions-reduction policies without domestic companies being hurt competitively, while pressing trade partners to raise their climate ambition. But the hastily assembled American effort, most obviously directed toward China but also possibly a shot across European bows, points to concerns about how the tariffs could be wielded as protectionist cudgels.

For Canada, suddenly at risk of getting caught in the middle of trade wars in ways that could hurt industrial and emissions-reduction interests, it should prompt both urgent diplomatic efforts in Washington and a reckoning with how quickly to ready carbon tariffs of our own.

Although the federal government will soon launch preliminary consultations on Canadian carbon border adjustments, there has not yet been much urgency here. Since Environment Minister Jonathan Wilkinson began expressing openness to the policy lever late last year, Justin Trudeau’s Liberals have appeared inclined to wait for the U.S. to move on it, for fear of alienating this country’s biggest trading partner.

But the speed at which the U.S. is now going seems to have caught Ottawa (and just about everyone else) off guard.

If the bill put forward by Senator Chris Coons and Representative Scott Peters gets enough support from other Democratic legislators and Mr. Biden – who has previously signalled enthusiasm for an American CBA – the tariffs would start being collected at the beginning of 2024. By comparison, the European system is much more gradually being phased in starting in 2026.

For Canada and other countries, there are two fundamental concerns that should be top of mind this summer.

The more obvious of those – that exports could have tariffs slapped on them – doesn’t seem to be keeping Canadian policy makers up at night. Government officials this week expressed optimism that, given Canada’s national carbon price and other relatively strong regulations, it’s unlikely to be a target.

It’s indeed improbable that the U.S. has its northern neighbour in its sights. Michael Mehling, a climate policy expert at the Massachusetts Institute of Technology who was consulted on the congressional bill, said his hunch is that “Canada is probably the first country” that would get blanket exemptions from the tariffs, especially since “politically there is no desire to punish Canada as an ally.”

But there is too much ambiguity and potential for arbitrariness in how the tariffs would be applied to have complete comfort. Per the proposed legislation, a group of U.S. cabinet secretaries would set tariffs for a range of imports, in line with what they assessed as the costs of compliance with environmental regulations for domestic firms in those sectors. The tariffs would then be applied to goods coming from countries deemed not to enforce emissions-reductions rules “at least as ambitious” as U.S. ones.

To some Democrats, as Mr. Mehling acknowledged, Canada’s fossil fuel industry could make it an inviting target. And future U.S. administrations could use the tariffs to go after Canada (or anyone else) if they saw political benefit.

So if U.S. trade partners aren’t already blitzing Washington trying to get clarity on how the tariff formula could be set, and pushing for greater specificity, they should be.

But it’s the second concern – how the U.S. policy could affect Canada’s ability to introduce its own carbon tariffs – that may be more pressing.

Previously, there has been talk in Ottawa about trying to align with the U.S. on a continental CBA. But with this proposal, and the extreme leeway it gives to Washington to set the rules, that doesn’t seem a realistic possibility.

Meanwhile, the bill could preclude a made-in-Canada CBA. That’s because of what Aaron Cosbey, a Canadian economist who is a leading international expert on carbon tariffs, calls its “most problematic provision”: a clause stating that countries with their own border adjustments applicable to U.S. goods won’t be eligible for the exemptions from the U.S. tariffs.

If that stops development of Canadian carbon tariffs in its tracks, for fear of repercussions, it could impede Canada’s ability to hit its climate targets while ensuring industrial competitiveness. Ottawa and the provinces would have to continue the current approach of giving breaks from carbon pricing to large domestic emitters competing against companies from countries with weaker environmental policies, which blunts the market-based mechanism supposed to drive Canada’s clean-economy transition.

Mr. Cosbey suggests that Ottawa imminently take a two-track approach to try to avoid that outcome: strongly lobby the Democrats to drop the “odious” provision restricting others’ border policies, while simultaneously developing a Canadian carbon tariff “as if the U.S. proposal had never landed.”

It’s quite possible that this really will turn out to have been a false alarm. So much is in flux this summer with Mr. Biden’s climate agenda that the tariff question could easily be set aside for another day.

But nobody elsewhere can afford to count on that. At minimum, the rapid emergence of a confusing and aggressive American plan should be a warning to other countries about what lies ahead.

The world is headed for some very messy climate-trade manoeuvring, if not now then soon. The less prepared that countries such as Canada are, the more they will be at the mercy of Washington. 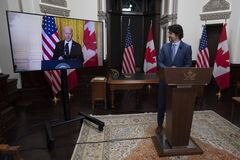 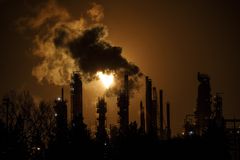 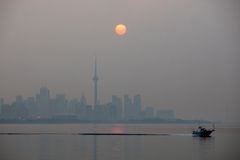