A refusal to allow access to the washroom. A 911 call. Two black men in handcuffs who said they were just waiting for a friend. What happened at a Philadelphia Starbucks made headlines for its prejudiced profiling.

In response, Starbucks closed 8,000 U.S. stores two weeks ago for an afternoon of implicit bias training for staff. Last week, it did the same in more than 1,200 stores across Canada.

In an unprecedented move for a global brand, credit to Starbucks for engaging in a much-needed public conversation around implicit bias. The truth is, we all have implicit biases and confronting this issue takes commitment every afternoon.

Discrimination is often rooted in stereotypes, as Harvard sociologist Frank Dobbin points out, and is hard to eradicate because bias is based on a lifetime of experiences, with the media and with real life. Over my 12 years in advertising, I’ve considered how the industry perpetuates bias – and now, as a father of two young children growing up in a digital world, that is in sharp focus. My kids are exposed to preroll advertising before the YouTube clips they love to watch. I, like any other parent, want to make sure those ads imprint positive habits and support their imaginative, impressionable minds in healthy ways.

Advertising carries an enormous responsibility: active and passive exposure to everything from our chosen news sources and social-media feeds to transit ads and commercials before the next show or playlist can affect how we view the world. Our industry must seize that responsibility. From newcomers to the business or veterans making executional decisions, it’s critical for everyone to be aware of their own implicit biases.

Biases sit at the root of advertising gone wrong, whose consequences extend past brand backlash to stalling a progressive dialogue in society. Missteps happen with even the biggest brands, such as H&M’s callous ad featuring a black child wearing a sweatshirt with the slogan “coolest monkey in the jungle” or Pepsi’s entirely inauthentic spot depicting Kendall Jenner “making peace” at a civil-rights protest. Yet, a common thread for ads that miss the mark is that no one would consciously produce something insensitive. Instead, internal perceptions – implicit biases – capsize the execution.

We right the ship only when we recognize that implicit bias exists as human nature. Ad agencies, corporations, governments, school boards, sidewalk chalkboard signs – we risk preserving bias on every corner. In the face of a pervasive issue, it takes a long-term, case-by-case approach to ensure that every message-within-a-message is dissected for clarity by those creating them.

Advertising has the power to ignite positive change by starting conversations, shaping perceptions and creating movements. It is imperative for those of us who work in the industry to produce meaningful ideas that impart positive societal change. Many meet that obligation.

Take P&G’s The Talk campaign, where African American parents speak openly and tenderly with their children about discrimination. It resonates strongly with viewers of all backgrounds creating universal empathy around the fact that society is unequal. Or the Superhumans spot timed for the Rio Paralympic Games, a perfectly paced commercial that revels in the skills of physically disabled athletes, musicians, parents. Those with more subtle messages also resonate, such as the Cheerios mixed-race family, or a BMO commercial in which the woman talks banking and the man folds laundry. (Disclosure: this was an FCB-produced spot where I was struck by the number of positive comments we received just by flipping stereotypes.)

Every day, in my role as CEO of an agency, I am confronted by decisions on how marketing can positively shape perceptions. Often I imagine my three-year-old daughter watching a spot, and how she might be influenced. I’ve come to recognize that every decision matters, from who’s creating the messages, to how we ensure our work challenges implicit bias instead of reinforcing it.

At its core is diversity. Building diverse teams means seeking people who are unlike you – from race and gender to socioeconomic status, religion and nationality. Those team members must feel empowered to challenge any unrefined ideas that may be carrying implicit bias into public campaigns – in a boardroom or in a hallway. Dissenting opinions, frankly, are often the most useful in creating your best work. This requires active listening, radical transparency, and shedding the yes-man routines.

Team diversity means much more than management teams that aren’t all-white or mostly male. I would hazard to guess that in the boardrooms of Canada’s top 100 brands, executive teams tend to share similar backgrounds, residences and social groups. Any elements of bias can perpetuate monolithic thinking that may differ greatly from what the majority of the population thinks and feels.

As a white male in a powerful position in the advertising world, I am attuned to the irony here. Still, I’ve learned that I (and those like me) play an important role in how we unravel a difficult subject. The world’s most powerful brands have always been about challenging the status quo and driving change, and in today’s world, that’s needed more than ever.

Opinion
It’s time for technology to deliver on its promise to make lives better
April 28, 2018 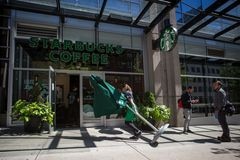