Looking ahead to an increasingly overcrowded planet, strong agriculture could be a renewed source of substantial geopolitical power over the long term. In particular, it could give Canada a great deal more leverage with the two most powerful and problematic countries on Earth: China and the United States.

Climate change is reducing available arable land worldwide. But it is also increasing the arable land in Canada. There is a very big message in this for China.

The climate trend is accelerating as Canada is belatedly moving away from its positive overall approach to a China that, over the past few years, has been increasingly aggressive toward us and other countries.

Earlier this month, Canada’s new ambassador to the United Nations, Bob Rae, drew attention to human-rights abuses in today’s China. And he decried China’s jailing of Michael Spavor and Michael Kovrig in 2018 – its retaliation for Canada’s house arrest of Huawei executive Meng Wanzhou in Vancouver on behalf of the U.S. – as arbitrary and inhumane.

Yet Mr. Rae also pointed out recent and long-term Canadian policy failures. The difference is that Canada is acknowledging and acting on its past failures. China is not. Soon after Mr. Rae spoke, Prime Minister Justin Trudeau publicly decried “China’s coercive diplomacy.”

These comments reflect a big and needed change in Ottawa’s China position. For reasons of its own, China dashed Canada’s earlier positive hopes for how it would behave in the wider world.

China may think long-term, but under President Xi Jinping, it increasingly acts short-term. Canada knows from its more than 150 years of experience in coping with an often overreaching U.S. that our thinking and actions must both be long-term. At some point – hopefully sooner than later – China needs to become more like Canada in using its long-term thinking to better guide its short-term actions.

Mr. Xi’s China has many of the characteristics of Donald Trump’s America. It sees most issues as a one-way street, not a two-way one. And there is no sign of any change in China’s thinking any time soon. This means there is nothing Canada can prudently do on its own to get the two Michaels cleared – a true tragedy for them and their families. But Canada will not – and should not – budge on its “rule of law” position on Ms. Meng.

China will not budge from its “we are bigger than you” power-based assertiveness. It is like Mr. Trump in that it always wants to win. Something new will have to become part of the equation for China to change. This usually means unpleasant reality intrudes, requiring a change of ways.

If Joe Biden wins the U.S. presidency, needed changes in the U.S.-China relationship may become possible fairly quickly. Canada could start to bring to China’s attention the longer-term thinking and acting that is a Canadian strength. If China and the U.S. were both more flexible, the U.S. could abandon the Meng extradition and Canada could release her. China could then release the two Michaels.

On a global level, Canada could also join the U.S. and others in containing any unacceptable Chinese behaviour that persists.

This is where Canadian agriculture enters the picture. It could be a potent lever with both superpowers in almost any scenario.

Canada could offer China high guaranteed amounts of agricultural products it needs for the long-term in return for firm Chinese minimum commitments to buy. China is often ready to dishonour its diplomatic promises, but in this instance, if it did, it would do so at its own economic peril.

Might is not right – and it does not work well over time. Regardless of who wins the U.S. presidency next month, China and the U.S. are already bumping up against hard realities in their relationship. Mr. Xi’s China does not like limits, especially rules-based ones. Neither does Mr. Trump. If Mr. Trump were to be re-elected, some form of dangerous cold war could emerge rapidly. Under this scenario, a Chinese agricultural shortage would intensify the risks.

It is bred in the bones of most Canadians that Canada is an exporting country. It is less well known that agricultural and agri-food products are the third-largest export ($56-billion in 2017) afterg minerals ($98.4-billion, including oil) and motor vehicles ($61.4-billion). This makes Canada the fifth-largest agricultural exporter in the world after the European Union, the U.S., Brazil and China.

Canada enjoys favourable conditions for food production that far exceeds the needs of its population. Climate change will reinforce that export orientation.

More than 90 per cent of Canada’s farmers are dependent on exports as well as about 40 per cent of our food processing sector. One in two jobs in crop production depends on exports, and one in three in food manufacturing. Over the past decade, Canada has expanded its agriculture and agri-food exports by 103 per cent.

For more than 100 years, Canadian scientists have worked at developing crops adapted to the harsh environment here. And it has paid off. Canada is the world’s largest grower and exporter of canola, flax seeds, oats, mustard seeds, pulses and durum wheat (the kind used to make pasta).

Wheat is Canada’s largest crop and the biggest agricultural export earner. Canada is the number one canola-producing and exporting county (canola was invented here) and the world’s second-largest exporter of malting barley (used to brew beer). Meat processing is Canada’s third-largest manufacturing industry, after motor vehicles and petroleum products.

And there are the traditional specialties: Canada produces 85 per cent of the world’s maple syrup and is the world’s largest producer of both fresh and frozen blueberries. Over all, agriculture and agri-food production contribute more than $100-billion annually to Canada’s economy and employ 2.3 million people.

China has earned its way to the centre of the world stage, but that influence confers responsibilities as well as rewards. If the country comes to see its need for more Canadian agricultural products, this could lead it away from what Mr. Trudeau describes as “coercive diplomacy” – what I call “hostage diplomacy.” And that might help China find a better way of living successfully in an interdependent world.

Every individual and each country is looking for its own space. They often go about that task by being exclusive, not inclusive. That is not a way that will work any more – at the end of the day, it is not a way that has ever been successful for long periods. Canada has, since its formation, always been looking for its own space. It needs to wake up today to the powerful space its agricultural potential can give it.

Agriculture can be much more than a growing source of needed export income. In a world of vanishing arable land, a stronger performance will be good for Canada’s economy, national unity and leverage in global affairs.

We need different ways for the different world that is emerging. This will mean new thinking and more discussions. Canada must stay above contentious politics on agriculture. This suggests to me that the premiers and the Prime Minister should call a “Canadian Agriculture of Tomorrow” conference. It would focus on products, markets, and science and technology.

Overreach can come at very high costs, as it did in the previous century for twice-defeated Germany and once-defeated Japan. Both started wars that were beyond their reach to win. The Soviet Union overreached in its post-Second World War takeover of Eastern Europe and later collapsed.

I said at the beginning of this century that the U.S. would need to withdraw from ground it could not hold to ground it can hold. Unfortunately, president George W. Bush took the country into further geopolitical, financial and economic overreach.

China is now headed down its own overreach path. It usually takes prolonged overreach to force adjustment by bringing countries up against painful limits that compel them to change. It could well be agriculture that brings the point of painful limits to China. 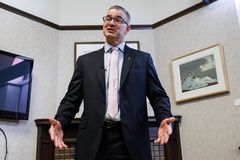 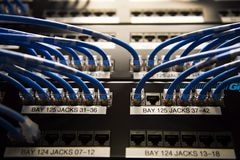 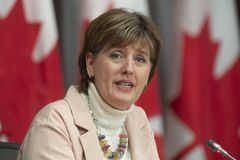