In the past week, Air Canada’s management bonuses got called scandalous, outrageous and worse – so much so that airline threw up its hands and, with a non-apology, said its top executives would give theirs back. The thinking behind the bonuses, however, remains just business as usual in corporate Canada, where companies always find a way for the people at the top to get paid.

Indeed, angered Canadians might find it incredible, but the folks in the Air Canada boardroom were likely caught off guard by the reaction last week. To their eyes, they’d produced a scaled-back, judicious and conservative payout program.

The company started 2020 with a bonus pool of $45-million for 3,600 executives and managers, which was based in part on how much profit Air Canada racked up. Then COVID-19 hit, the airline was grounded and all those targets were pretty clearly not going to be met. Or, as Michael Wilson, chairman of Air Canada’s human resources and compensation committee, explains in his letter to shareholders, they were “no longer applicable nor pertinent.”

Air Canada could have decided to let the bonus program play out and pay out nothing. Instead, it decided to set new objectives pegged to “weathering the crisis” and positioning it for a postpandemic turnaround. These included keeping the airline’s financing in place, reducing expenses, and focusing on customer service and safety.

In this framework, 20,000 layoffs are good, because they cut costs. Refusing to refund cancelled tickets seems to harm the customer service goal, but it also saves money.

After 2020 wrapped, and Air Canada was asking for federal government help to avoid insolvency, the board looked back at the year and approved $20-million in bonuses. Mr. Wilson noted that is “less than 50 per cent” of the previous bonus target.

Then, for reasons not well explained, Air Canada awarded “only” $10-million of it to about 900 employees. The five best-paid execs got a total of $1.84-million – which, together, is less than many CEOs got in bonuses all to themselves.

Why did Air Canada receive outsized anger, including opprobrium from all stripes of politicians? For one, we love to hate airlines in normal times. And Air Canada seems to risk becoming a ward of the state every decade or so, even if the effects of COVID-19 were very different from the typical airline-industry bungling.

The most important, and legitimate, reason is that no other company received such outsized government support – a $5.9-billion rescue package from the feds, on top of $656-million from the federal government’s Canada Emergency Wage Subsidy program.

There’s no doubt there was a lot of work to do to keep Air Canada alive when its planes couldn’t fly. But stiffed customers and beleaguered taxpayers find the very concept of a management performance “bonus” antithetical to coming to the government hat in hand.

Sunday night’s announcement from Air Canada strongly suggested that it still thinks you, and not they, are wrong: “Every step of the way, management and the Board have acted in the best interests of Air Canada and its stakeholders,” the airline said.

It was because of “public disappointment” that a handful of executives would give back their bonuses, as well as a block of stock-appreciation awards that were explicitly designed to recoup lost 2020 salaries. (Air Canada said publicly last year these executives would “forgo” salary. This is not the definition of “forgo.”)

Former CEO Calin Rovinescu, who said Sunday night he would donate his bonus and stock-appreciation proceeds to the Air Canada Foundation and receive no tax benefit, sounded an even less contrite note by blasting “considerable confusion, misinformation and public disappointment” over the compensation. The changes will reduce Mr. Rovinescu’s 2020 compensation from $9.26-million to $8.37-million, based on previous disclosures.

Air Canada says roughly $8-million of the $10-million in bonuses that were given to executives and managers below the half-dozen at the very top will not be returned to the company. It also seems to have left in place modifications to its long-term incentive plan, in which the airline decided to drop 2020′s results from the formula because it realized there would be zero payouts for several years if it factored in the COVID-19 loss. That could bring hundreds of thousands of dollars to the plan participants in future years.

All this is what passes for restraint in executive compensation. Based on my read of proxy circulars this spring, rare is the Canadian company that left its bonus plan intact in 2020 and chose to pay out zeros when profits tumbled. Moving the goalposts in the middle of the pandemic was a common decision last year, made by boards full of ex-CEOs and clubby corporate directors.

In its Sunday night statement about the bonus giveback, Air Canada said its 2020 pay decisions “were consistent with compensation outcomes at companies that also suffered significantly during the pandemic.” Unfortunately for the workers of Canada who have truly suffered in this pandemic, that assertion from Air Canada is spot on. 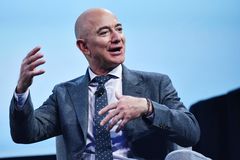 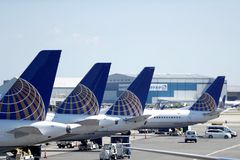 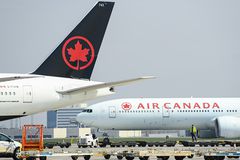