Jerry Dias is the president of Unifor, a union that represents workers in the telecommunications, resource and transportation industries, including some employees at Air Canada.

Corporate takeovers are never ideal for anyone – except maybe the business leaders behind the deals.

For the rest of us, from workers to the public, corporate takeovers are rarely the kind of thing we like to see.

Customers prefer choice, and more companies in the market gives them that choice.

For workers, corporate takeovers too often result in the hunt for so-called efficiencies, which all too often means job cuts and other cost-saving measures that affect workers.

There are times, however, when finding reason to support a corporate merger isn’t a matter of choice, but of necessity.

The current Air Canada $520-million purchase of Transat A.T. Inc., which includes Air Transat plus resort and hotel operations, is a case in point. I would prefer that both companies remain independent and strong. I have no doubt travellers and workers at both airlines feel much the same.

The problem is, that wouldn’t seem to reflect the reality of what we are facing today in the airline industry.

The rise of low-cost airlines, often using anti-worker practices, has put pressure on all airlines to cut costs and increase revenues wherever they can. For customers, this means, for example, less food during flights, having meals for sale and tougher restrictions on allowable luggage.

The tough market has also pushed many airlines to the brink, with passengers left stranded when an airline suddenly goes under. We’ve seen this recently with Wow, but it’s an old story that includes Canada 3000, CanJet and more. No one is served by that kind of instability.

For workers, it means pressure on compensation and working conditions. Those with unions can push back and protect what’s most important.

The takeover of WestJet by Onex Corp., part of a global trend of airline consolidation, is likely to make things even more difficult for that airline’s loyal workers. Air Transat is also being caught up in the consolidation trend, with both Air Canada and a group of hedge funds making bids to take over the Canadian charter flier, while other investors are also rumoured to be looking into making offers.

The question we need to think about isn’t whether Air Transat will be taken over, or even if it should be taken over.

The only real question here is who, in fact, will buy it?

In this situation, Air Canada, awaiting approval on its purchase, is clearly the best choice for both the workers and the customers.

Only Air Canada is committed to continue operating Air Transat, as it serves an important part of the market, and maintaining its corporate presence in Montreal. Air Canada has expanded its international capacity by 50 per cent over the past decade, but relatively less presence in the charter airline sector. Adding Air Transat, which flies almost exclusively internationally, will help strengthen the company – especially in the face of growing megacapacity international carriers.

The hedge funds, however, are providing no such assurances. As hedge funds typically do, they are much more likely to bust up the company and sell off parts of the business to maximize their profits. They are not airline companies, so they have no customers to be loyal to and no workers whose livelihoods depend on them.

Air Canada, however, has a vested interest in keeping Air Transat going. It works in a part of the market – charters – where Air Canada has little presence. Buying Air Transat expands its offerings, and that helps the company.

These are volatile times in the industry. A strong Air Canada is good for workers. It means job security that a purchase by a non-airline hedge fund cannot match.

For customers, the continued operation of Air Transat and its unique place in the market continues to give them flying options. 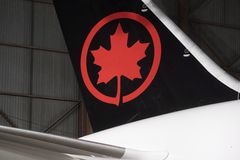 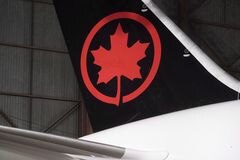 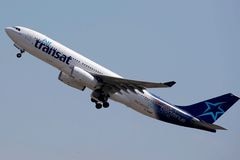