Last week, we learned that Air Transat is in talks to be taken over by Air Canada. Air Transat has been looking for a buyer for a while, and Quebec’s government must be relieved at Air Canada’s interest, as it does not want a new owner to move headquarters and jobs out of the province. Nonetheless, the larger competitive landscape in the Canadian airline industry would not benefit from this merger. Many Canadian travellers would be hurt by the elimination of a low-cost competitor which will almost certainly result in fewer route options and higher airfares. We believe this takeover should be carefully scrutinized by the Canadian Competition Bureau.

Canada’s airline industry is already heavily concentrated, especially for domestic flights. One may think that international air travel is more competitive, as foreign airlines generally have the right to fly to and from (but not within) Canada. In fact, though, Air Canada’s dominance on domestic routes, together with key alliances with foreign airlines on major international routes, leaves travellers very few options. As a result, Canadian air travellers pay considerably more than citizens of other countries on comparable routes. Our research has shown that Canadians are less likely to travel by air than Americans, for example, likely due to such punitive fares.

The two airlines will no doubt argue that Air Transat is a small player in the international market and therefore that this merger would not significantly reduce competition. But economists studying airline markets have long pointed out that the key question is whether a merger would reduce competition on specific routes, to which the answer is, undoubtedly, yes. The two airlines have considerable overlap on key routes from Canada to destinations in Europe, Central America and the Caribbean.

Air Transat’s own figures suggest that this merger would increase Air Canada’s market share to 63 per cent from 43 per cent on European routes and to nearly 50 per cent on routes to Florida and the Caribbean. Many of these are holiday routes flown by price-sensitive leisure travellers who currently benefit from the choice of carriers. Indeed, Air Canada has recently increased its service offerings on such routes, almost certainly driven by Air Transat’s success with this business model. A merger would not only curtail the options of travellers and likely lead to sharply higher airfares but would also eliminate Air Canada’s own competitive drive to offer new service.

This would be a merger between two of Canada’s three largest airlines, in an environment where the second-largest carrier – WestJet – is itself being purchased by the private equity firm Onex Corp. There are a number of routes on which Air Transat and Air Canada are the only direct options – such as to Marseilles, Lyon or Venice – in which case a merger would lead to a monopoly. Our own published research on the Canadian airline industry, based on routes where Air Canada faces competition from WestJet or Porter, indicates that fares are as much as 40 per cent higher when competition is eliminated entirely. Even on more competitive routes – such as to Rome or Amsterdam – the two Canadian airlines face direct competition from just one European carrier, in which case the merger would lead to a duopoly. Moreover, considerable research in economics shows that low-cost carriers, such as Air Transat, are far more likely than established airlines to spur innovation as well as lower prices.

Unfortunately, Canada’s Competition Bureau has not shown a willingness to challenge Air Canada’s dominance of our airline industry. This is most clearly evidenced in their passive acceptance of Air Canada’s joint venture with United Airlines on the transborder market with the United States, which has created essentially a single airline with massive market power on key routes. Air Canada similarly enjoys a profitable alliance with Lufthansa on key European routes, which feed into connections to Asia, further reducing Canadian travellers’ choices.

Air Canada appears so confident the Bureau will not challenge this merger that the talks with Air Transat include a $40-million compensation clause in the event of regulatory disallowance. We urge the Bureau to stand up for the rights of Canadian air travellers and provide thorough scrutiny of this merger.

Canada’s airline industry is being remade, which is good for business travellers, and bad for the rest of us
Subscriber content
May 17, 2019 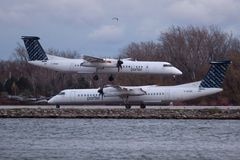 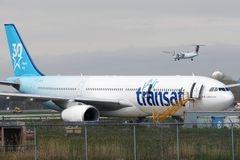