The federal Liberals lured Michael Sabia to the Finance Department on expectations the former corporate CEO could build bridges between the worlds of politics and business during a nation-defining pandemic.

Mr. Sabia’s engineering skills now face their first test, as the deputy minister of finance attempts to hammer out a support package for Canada’s airlines that satisfies the needs of politicians who want to placate frustrated travellers while keeping carriers aloft. Given the current chasm between the government and the airlines, it will have to be a big bridge.

Back in early November, then-transport minister Marc Garneau raised expectations on all sides. He promised ticket refunds and preservation of regional flights, which are priorities for many voters. At the same time, he pledged financial aid for carriers. These are programs other industrial countries have already rolled out.

It subsequently became clear that Mr. Garneau was scrambling and trying to prevent Air Canada from shutting down regional flights. Weeks turned to months, and the government announced nothing.

In the absence of new policies, Canadian carriers continued to shut down service to small cities. Foreign carriers, backstopped by their governments, picked up market share on international routes.

On Monday, Mr. Garneau moved on, and former Liberal backbencher Omar Alghabra is now in the hot seat as Transport Minister. And there’s still no package.

Enter Mr. Sabia, who stepped in as deputy minister in late December. While the Transport department ultimately owns the file, responsibility for negotiating an agreement falls to Finance mandarins. Sources in government and industry say Mr. Sabia, former head of the Caisse de dépôt et placement du Québec and BCE Inc., made fixing the airline sector a priority. The Globe and Mail is not naming these sources because they are not authorized to speak publicly.

Finance Department senior adviser Kent Howie, a former Borden Ladner Gervais lawyer, is leading the file. Several industry sources – who confess to being eternal optimists – predict the new Transport Minister may have something to announce before Parliament reconvenes on Jan. 25.

Mr. Sabia’s job is made easier by the fact that the country’s largest carriers – Air Canada and WestJet – don’t need money. While airlines are burning through millions of dollars daily, the major players are well capitalized. However, smaller regional airlines will be at the table with well-founded requests for cash.

The carriers have already shown they are open to refunding a significant portion of the hundreds of millions of dollars tied up in flight credits. Sources at the major airlines say there is also a willingness to give the Liberal government an environmental win by agreeing to “green” their fleets over time, acquiring new, fuel-efficient aircraft, built with Canadian content.

In return, the airlines want the government to do more to ensure the few Canadians who still want to fly can do so in a safe, convenient fashion. The carriers want Ottawa to expand COVID-19 testing programs piloted at Calgary and Toronto airports and eliminate postflight 14-day quarantines.

These steps would bring Canadian approaches in line with those in the European Union and the United States. The quickest way to restart regional flights is to ensure passengers are willing to board these planes. No carrier makes money flying near-empty aircraft.

Politicians and airlines need to show an understandably spooked and angry public that they’ve taken steps to protect both the health and pocketbooks of travellers.

Angus Reid published a study on Thursday showing there continues to be nationwide “fury” over leaders who jetted to St. Barts, Mexico and Hawaii over the holiday, with 65 per cent of those surveyed endorsing the concept of shutting down all personal travel.

The study said 70 per cent of Canadians cancelled or put off planned trips since the pandemic began, and “their own sacrifices may well contribute to a hardline approach against elected officials who have chosen to travel.”

The bridge Mr. Sabia needs to build is one that starts by rebuilding trust in an essential industry.

Opinion
EU’s in the spotlight, but Canada’s investment treaty with China still ties Ottawa’s hands for the next decade
January 14, 2021 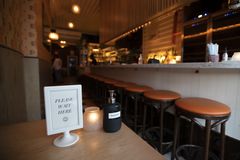 Opinion
Immigrants are a form of economic stimulus and businesses must help them succeed
January 12, 2021 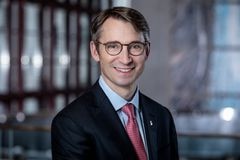